Sonia Boileau: ‘Speak your truth and write what you know’
|
By Taylor Tower
Source: Faculty of Arts and Science 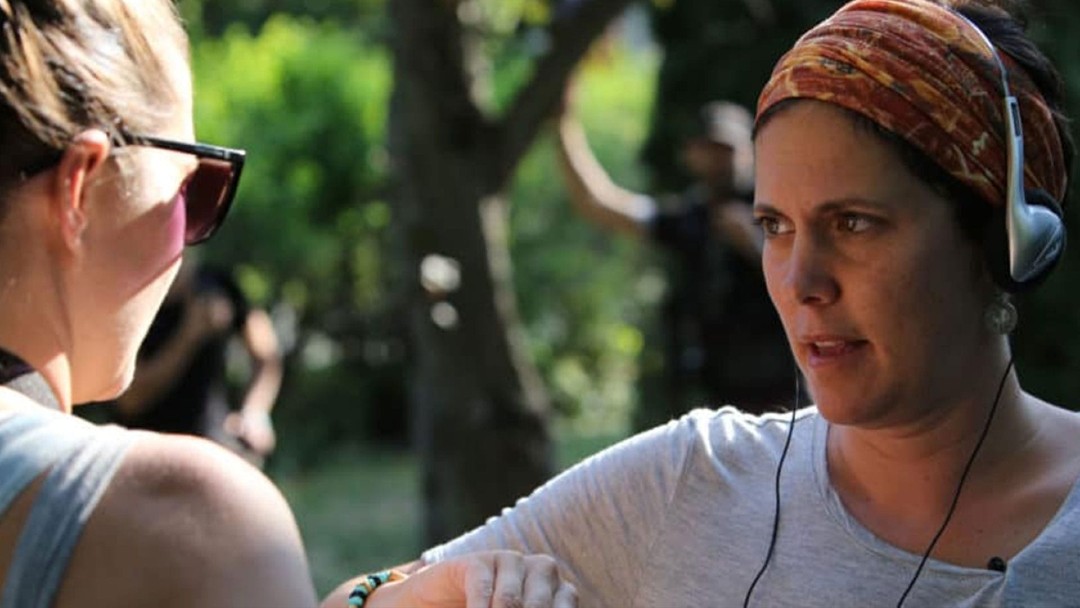 Sonia Bonspille Boileau: I think creating empathy is the most effective way to leave a lasting mark on an audience. Photo by Nish Media.

As a kid, Sonia Bonspille Boileau loved stories. She voraciously consumed books, movies and plays and loved to lose herself in worlds of her own creation. As she got older, she began to understand the power of media and the ways it can shape the way we view people, ideas and society.

But it wasn’t until she saw the documentary Kanehsatake: 270 Years of Resistance by world-renowned Indigenous filmmaker Alanis Obomsawin that she knew she wanted to make films.

“It was the first time that I understood it was possible to tell our side of the story and change the narratives about Indigenous people usually fed to us by the media,” she says.

On October 19, Boileau presents her lecture, “Decolonizing the screen through Indigenous Cinema,” as part of the Spirituality as Land, Story and Relation series presented by the Department of Theological Studies. The event is free and presented via Zoom.

Using her feature film Rustic Oracle as a case study, Boileau will discuss how fiction can be a tool to tell the truth and the importance of reclaiming your stories.

“Together, we can break down stereotypes that have been perpetuated in the media and reclaim Indigenous narratives in order to reshape our collective memory,” she says.

Sonia Bonspille Boileau is a bilingual Kanienkeha:ka and Québécois filmmaker. Her documentary credits include Last Call Indian, The Oka Legacy, Wapikoni and Skindigenous. She wrote and directed her first feature, Le Dep, in 2015 and her second, Rustic Oracle, came out this year.

Read below for an interview with Sonia Bonspille Boileau.

In what ways can fiction get closer to an ‘emotional truth’ than documentary?
Sonia Bonspille Boileau: With scripted narrative (fiction), I feel like you have a better chance of reaching people’s hearts and reaching more people. Oftentimes with documentaries, your audience is already interested in the subject matter and are invested in a more cognitive way. With fiction, your reach is wider, you are reeling in people who just want to get lost in a story and don’t yet know about the social messages you’re trying to convey. And then you can hook them emotionally. You get them to feel for the characters. I think creating empathy is the most effective way to leave a lasting mark on an audience.

What advice would you give aspiring Indigenous filmmakers?
SBB: Speak your truth and write what you know. But you have to buckle down and write it. It all starts with putting words on paper to express your idea. And that is the hardest part. Then, make the movie YOU want to see. Take advice but trust your gut. Don’t hesitate to reach out to other Indigenous filmmakers for guidance.

What is your proudest moment as a filmmaker?
SBB: There are a few. Winning a Prix Gémeaux for a documentary I did called Last Call Indian about my grandfather and the impact of him attending a residential school. That was a big one. My grandfather had just passed away and my family was still grieving. It felt good to honour him with this film. Another strong moment was wrapping my first feature film. That feeling of accomplishment and satisfaction is really hard to top. But the one that wins this title is when I was able to bring a full production to my hometown. My community has been nothing but supportive of me and with Rustic Oracle, I was finally able to bring home a production with a budget and hire community members and invest in the community. I was really proud to do that and to feel like I was finally giving back in a real tangible way.

What do you hope audience members will take away from your presentation on October 19?
SBB: I hope it creates interest in Indigenous stories and films made with an Indigenous perspective so they can see us in a different light. So together, we can break down the stereotypes created by other films and media in general.

How can people check out your work?
SBB: Nishmedia.tv and Filmrusticoracle.com

Find out more about the Spirituality as Land, Story and Relation series.