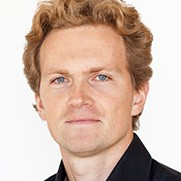 The Department of Political Science presents:

What explains and justifies the shares of output that workers and capital owners receive? Arguably, neither economic theory nor theories of distributive justice provide a satisfactory account of these factor shares. This paper aims to fill this gap. It argues, first, that when taking seriously the increasing returns from specialisation ignored by most positive and normative accounts, a large part of economic production should be viewed as cooperative surplus rather than as a return to labour or capital. The paper acknowledges the difficulties in measuring this surplus with precision. Yet, its analysis of the logic of specialisation of labour and capital is sufficient to approximate the extent to which individual factors of production are overcompensated under the conventional theoretical framework and in economic practice. Second, the paper highlights the normative discretion society has in the distribution of the surplus. Three potential ways to distribute the surplus are discussed and defended against the objection that they conflict with economic efficiency.

Peter Dietsch is a philosopher and economist, and professor in the Département de Philosophie at Université de Montréal. His research focuses on issues of economic ethics, notably on tax justice, normative dimensions of monetary policy, and on income inequalities. Dietsch is the author of Catching Capital – The Ethics of Tax Competition (Oxford University Press, 2015), co-author of Do Central Banks Serve the People? (Polity Press, 2018), and co-editor of Global Tax Governance – What is Wrong with It and How to Fix It (ECPR Press, 2016).

Sponsored by the Reading Lab in Political Theory

Open to the entire Concordia Community