Memorial to be held on May 1 at Loyola Chapel, 5 p.m.
|
By William Bukowski
Source: Faculty of Arts and Science 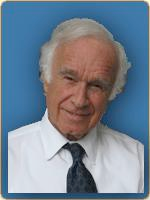 Dr. Alex E.  Schwartzman, who was a Distinguished Professor Emeritus in the Department of Psychology, died on March 19th at age 90.

As a member of the department for over 40 years, from June 1, 1972 to November 30, 1997, Alex taught graduate and undergraduate courses, directed an innovative longitudinal research program on life history and well-being, and was valued and respected by his colleagues and students.

Alex’s earliest publications appeared in the mid 1950’s.  He continued to publish papers during the next seven decades.

A memorial for Alex will be held at 5PM in the Jesuit Conference Centre on the Loyola campus on Tuesday, May 1.