Free, but registration is required 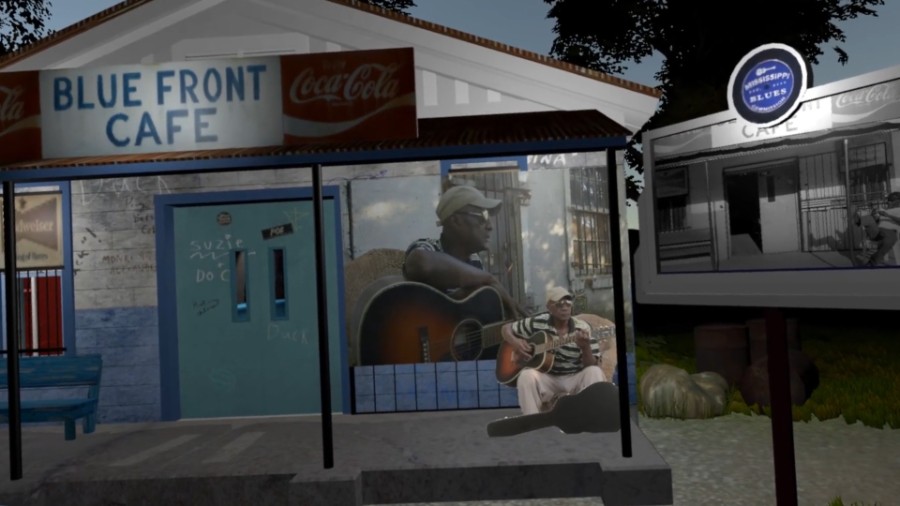 Please email Marco Luna at vr.milieux@concordia.ca to register. Zoom Links will be sent to all registrants before the Workshop date.

This Zoom presentation reflects on the experimentation in immersion and storytelling applied to the VR documentary project LAST OF THE BLUES DEVILS. Developed at the Concordia University Research Chair in Interactive Documentary Filmmaking, this project started as a Documentary film where we recorded an extensive catalogue of images and sounds. The film documented the last remaining blues musicians who when young learned the blues while working in the cotton fields. Mainly in their 80’s and still living in Louisiana and Mississippi, these musicians have a world of experience etched on their beautiful faces. The sparkle in their eyes is as rich and beautiful as the music they play, and as documentary filmmakers that's where we find immersion. But, what happens when we change the medium? The documentary film went through various interactive pieces created afterwards. Specifically, researching the question, can 2D images be effective in 3D immersive environments?

CURC principal investigator and Associate Professor Daniel Cross together with Research Associate Marco Luna will introduce the creative processes and technical decisions made by In I AM THE BLUES. They will present the unique challenges faced and their resulting workflows, including both the successes and failures. Including the ever-evolving and ongoing curriculum and pedagogical discussions regarding the teaching of immersive narratives and technologies at Concordia University.

Daniel Cross: Founder of EyeSteelFilm in Montreal, listed by Real Screen Magazine as a top 100 non-fiction production companies in the world. Daniel is a multi-disciplined award winning documentary filmmaker with a long history of directing and producing theatrical documentaries while exploring new media documentary approaches. He made his mark directing feature length films concerning issues of homelessness, THE STREET: a film with the homeless, S.P.I.T: Squeegee Punks In Traffic and the interactive documentary www.HomelessNation.Org. His latest documentary I AM THE BLUES received two Canadian Screen Awards in 2017 for Best Feature Documentary and Best Cinematography; the film also won two Golden Sheaf Awards for Best Director and Best Film. Daniel is an Associate Professor at the Mel Hoppeinheim School of Cinema and the principal investigator for the Concordia Research Chair in Interactive Filmmaking.

Marco Luna: Born in Lima, Peru, Marco is a socially engaged documentary filmmaker who believes in the power of filmmaking as a tool for social change. He participated in the first editions of the Peruvian Documentary Caravan as well as the Independent Documentary Film Exhibitions, venues that promote human rights and social engagement of documentary films in the Peruvian culture. In 2007 he moved to Montreal to pursue a MFA in film production at Concordia University. From 2008 to 2010 he trained homeless people in the use of new media tools for the project HOMELESSNATION.org, the first site by and for the street community. In 2011 he joined the WAPIKONI MOBILE team and traveled to several First Nation communities teaching filmmaking as a form of self expression to at-risk youth. He currently works at EyeSteelFilm, a film and interactive media company, and is the lead research associate at the Concordia University Research Chair in Interactive Documentary.