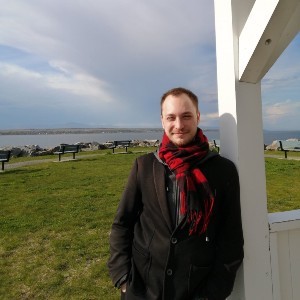 ABSTRACT: This paper argues that there are cases of selfless sacrifice, which I call spontaneous heroism, during which the hero is entirely motivated by moral significations that are perceptually provided to them on a pre-judicative level by the event they are experiencing. Spontaneous heroism is not a result of psychological conditioning or rational deliberation but the hero’s pre-judicative and bodily relation to perceptual motives and significations that engender the course of action that leads them to save others in danger. My argument both draws and contributes to scholarship and interpretation of Maurice Merleau-Ponty’s texts on heroism and freedom in relation to perception. Most scholars have interpreted his references to heroism in relation to his political thought, but in ways that neglect his interest in the primacy of perception, which informs and leads him to discuss heroic experiences. I push back against this neglect in the literature in order to investigate sacrifice and heroism on the level of perception. I explain that moral significations can be obtained pre-judicatively if we understand the perception as being affective, linked to Merleau-Ponty’s concept of the body-schema as intersubjective, and involved with his own understanding of pre-judicative experience which he calls the pre-personal. The way in which I expose these phenomenological concepts to describe modern cases of spontaneous heroism leads back to freedom as a central issue for heroism in Merleau-Ponty’s work. Overall, my work further supports other research that has been going on to explain the phenomenon of moral orientation in recent years.