A nod to musicians

Alumni and friends are invited to celebrate our second virtual Homecoming edition with an animated dance party — with a coffee house vibe.

Celebrate the talent that is Concordia at this one-of-a-kind virtual coffee house featuring:

Prizes will be awarded to the household with the best coffee house vibe and the most enthusiastic dance moves. 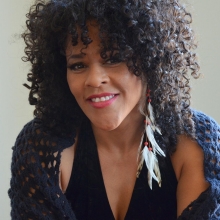 Montreal-based singer/songwriter Dawn Tyler Watson has earned her place among Canada’s Blues elite and her fiery stage presence has garnered her national and international recognition.

Her fifth and latest album "Mad Love" took home the 2020 JUNO Award for Best Blues Album, and she’s the recipient of six Canadian Maple Blues Awards as well among her long list of accolades.

Dawn’s style is an eclectic influence of jazz, soul, folk, and gospel that pushes the boundaries of traditional Blues into a whole new dimension. 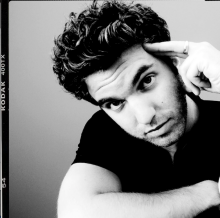 Trained in integrative jazz studies at Concordia University, Patrick was asked while still in school to perform at the Montreal International Jazz Festival's Paul Simon tribute, alongside Sam Roberts and Elvis Costello. The show, attended by 150,000 people in the streets of Montreal, was subsequently broadcast on Bravo, ArTV and CBC television. Most recently, Patrick performed live at the Omnia at Caesars Palace in Las Vegas, and his song "Long Road" was featured in the second season of the hit Showtime series "Smilf." 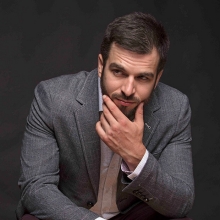 Willis Pride is a soulful singer based in Montreal whose sole purpose is to keep you moving and grooving.

Having spent his whole life working on his craft, he brings a deep understanding of harmony to his compositions. Willis' music is lush yet deeply rooted in an infectious groove and is sure to leave audiences wanting more. 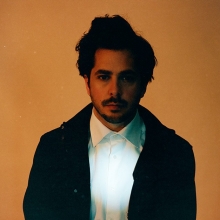 Matt Holubowski has come a long way since his first appearance on Quebec’s popular reality show La Voix (The Voice) in 2015!

While Old Man was released in 2014. The release of Solitudes in 2016 led to a Gold record, two nominations at the 39th ADISQ Gala, for Album of the Year and Concert of the Year–Anglophone categories. He performed in 200 + concerts throughout Canada, the United States and Europe.

He’s since toured with multiple artists including Ben Folds and has performed at numerous prestigious Festivals including Osheaga, Montreal International Jazz Festival, and Festival d’été de Québec where he earned its prix Espoir (only to name a few).

Matt released his most recent album Weird Ones in 2019 and has recently begun touring with his crew. 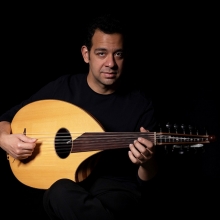 Ali Omar El-Farouk Enaam is an active Egyptian/Canadian guitar/oud player based out of Montreal and Cairo.

His versatile musical vocabulary is a result of his privileged exposure to both western and eastern cultures. He spent years studying jazz music, classical Arabic music, and western classical music. He has worked in jazz groups, rock/blues/pop bands, all the way to Middle Eastern and flamenco ensembles. His performances include the Festival Du Monde Arabe, Festival Nuits D’Afrique, Montréal/Nouvelles Musiques Festival, and Festival Sefarad in Montreal as well as the Cairo Jazz Festival and the Jazz Mania Festival in Cairo.

Ali’s first album ‘Ela Mataa?’ was recorded in Montreal and released in January 2019. He holds a Licentiate degree in Jazz Performance from McGill University’s Schulich School of Music, one of Canada’s top music institutes, and a Bachelor’s degree with Distinction in Jazz Studies from Concordia University in Montreal. 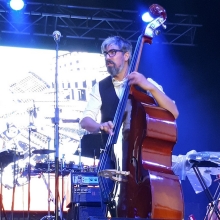 Corey Thomas has been performing professionally for the better part of his life.

After completing an Interdisciplinary Studies degree in music at St. Thomas University, Corey moved to Montreal to study Jazz music at Concordia. He since has been nominated for the Oliver Jones award, performed at the Jazz Festival and the International First Peoples Festival in Montreal.

Corey Thomas also co-composed music for the documentary Porteurs de Plumes. He can usually be seen playing with his Jazz group Backwater Township or heard in sessions for many bands and albums. Currently he is working with Emily Reuangrith to release a Duo Singer Songwriter album inspired by their journeys in music and friendship.

Read more about Corey: ‘My raison-dêtre is to be a creator’. 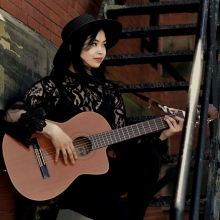 Ziyíng is a singer-songwriter based in Montreal. Her music which pulls from jazz, indie and folk influence explores reflections and affirmations that resonate with her present. Her soothing vocals will make you drift and be transported to a place of calm and ease.

She has collaborated with different artists and likes to perform at more intimate venues such as cafés and dimly lit bars. 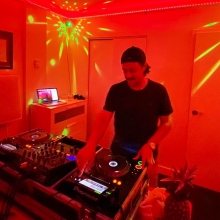 They are known for their bouncy and creative high-energy sets as well as their wild personas. They’ve been recognized for their multiple plays at Escapade Music Festival, Wake Up Music Festival.