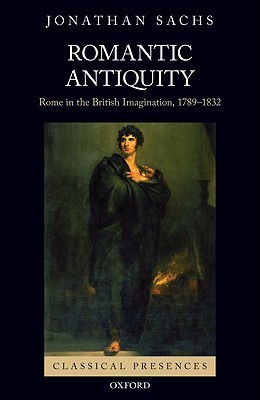 While scholars have long noted the fascination with Roman literature and history expressed by many preeminent British cultural figures of the early and middle-eighteenth century, they have only sparingly commented on the increasingly vexed role Rome played during the subsequent Romantic period. This critical oversight has skewed our understanding of British Romanticism as being either a full-scale rejection of classical precedents or an embrace of Greece at the expense of Rome. In contrast, Romantic Antiquity argues that Rome is relevant to the Romantic period not as the continuation of an earlier neoclassicism, but rather as a concept that is simultaneously transformed and transformative: transformed in the sense that new models of historical thinking produced a changed understandings of historicity itself and therefore a way to comprehend changes associated with modernity. The book positions Rome as central to a variety of literary events, including the British response to the French Revolution, the Jacobin novel, Byron's late rejection of Romantic poetics, Shelley's Hellenism and the London theatre, where the staging of Rome is directly responsible for Hazlitt's understanding of poetry as anti-democratic, or "right royal." By exposing how Roman references helped structure Romantic poetics and theories of the imagination, and how this aesthetic work, in turn, impacted fundamental aspects of political modernity like mass democracy and the spread of empire, the book recasts how we view the presence of antiquity in a modernity with which we continue to struggle. Publisher: Oxford University Press