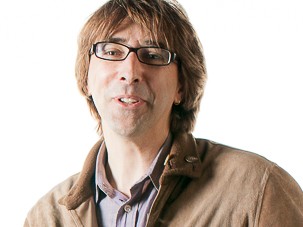 Style and the Nineteenth-Century British Critic 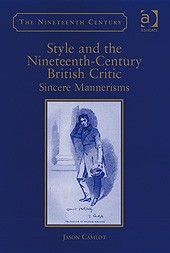 In analyzing the nonfiction works of writers such as John Wilson, J. S. Mill, De Quincy, Ruskin, Arnold, Pater, and Wilde, Jason Camlot provides an important context for the nineteenth-century critic's changing ideas about style, rhetoric, and technologies of communication. In particular, Camlot contributes to our understanding of how new print media affected the Romantic and Victorian critic's sense of self, as he elaborates the ways nineteenth-century critics used their own essays on rhetoric and stylistics to speculate about the changing conditions for the production and reception of ideas and the formulation of authorial character. Camlot argues that the early 1830s mark the moment when a previously coherent tradition of pragmatic rhetoric was fragmented and redistributed into the diverse, localized sites of an emerging periodicals market. Publishing venues for writers multiplied at midcentury, establishing a new stylistic norm for criticism-one that affirmed style as the manifestation of English discipline and objectivity. The figure of the professional critic soon subsumed the authority of the polyglot intellectual, and the later decades of the nineteenth century brought about a debate on aesthetics and criticism that set ideals of Saxon-rooted 'virile' style against more culturally inclusive theories of expression. Publisher:  Ashgate Publishing 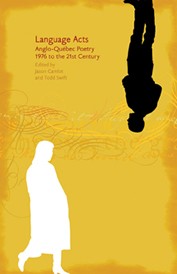 brings together twenty provocative essays on the state of English-language poetry in Québec since 1976. Born and raised during this historically resonant period of Trudeauism, organized Québecois nationalism, language legislation, and profound demographic and cultural change, Anglo-Québec poetry has come of age in the 21st century as a literature with its own distinct arguments about itself, and its own poetical acts in language. Language Acts features essays on many important, even canonical, figures such as Robert Allen, Anne Carson, Leonard Cohen, Louis Dudek, D.G. Jones, Irving Layton, Michael Harris, Erin Mouré, David McGimpsey, Robyn Sarah, and Peter Van Toorn, and on a wide range of poetry activities including those of the Véhicule Poets and the Montreal Spoken Word scene. This is the first critical collection of its kind to appear in over forty years and will set the terms used to discuss English language poetry in Québec for years to come.  Publisher: Vehicule Press

In these surprising poems high art and low art gather together, sometimes on the battlefield, sometimes at lover's leap. Camlot's poetry always maintains an evocative connection to the tender absurdities of our daily lives.

Lewis Carrol meets Allen Ginsberg.... This is poetry about an angel-poet, wings paper-clipped, seeking spiritual food in the modern office cubicle. He pecks away at office-machinery (à la Dilbert) and dreams among his fellow stick men and women of being a Wordsworthian visionary — or at least an “action figureen”. Jason Camlot is a scholar of Victorian nonsense and humorous verse and these poems are a ‘howl’ amidst the “slithy borogroves” sort of affair, a wild, brilliantly refitted variety theater act. Other pieces, equally wan, hilarious, noir, plumb nineteen thirties Hollywood (and present day movieland) hijinks, Hemingway’s war-with-booze style, and the dark obsessions of Important Men. The writer and his writing is ‘past’ conscious, but completely versed in contemporary Canadian and American poetry. This is an immensely funny, witty, up-to-date collection — zany, zippy, and zine-y! Publisher: DC Books

Jason Camlot’s father was a furrier and he grew up in a world where, inevitably, “baby fur gets in your eyes” or in “your mouth.” In dreams, the poet becomes a whale corpse “washed up/ on a very pale beach/ and hundreds of flies came,/ and people,/ to see the tusk,/ spun like coral glass.” And as the boy grows up, images, at once curiously literal and yet surreal — images of being devoured or skinned alive — stay with him. The beauty of this collection is one of the mot juste, a concreteness and precision, coupled with a superb sense of rhythm.— Marjorie Perloff     Publisher: DC Books