In current policy texts, medical guidelines and educational materials, the dominant discourse surrounding women who give birth later in life largely focuses on the negatives: the health risks to mother and child, for instance, or the difficulties of being a new parent at an older than optimal age.

That’s the topic of an article published in the journal Health, Risk and Society by Francesca Scala, a professor of political science in the Faculty of Arts and Science. In it, she argues that much of the official language around older motherhood is rooted in both ageism and ableism, as well as being out of step with current childbirth trends. According to Statistics Canada, the average age of childbirth has been rising steadily since the mid-1960s, and more women are giving birth between the ages of 35 to 39 than between 20 and 24. But societal expectations of mothers remain largely unchanged. 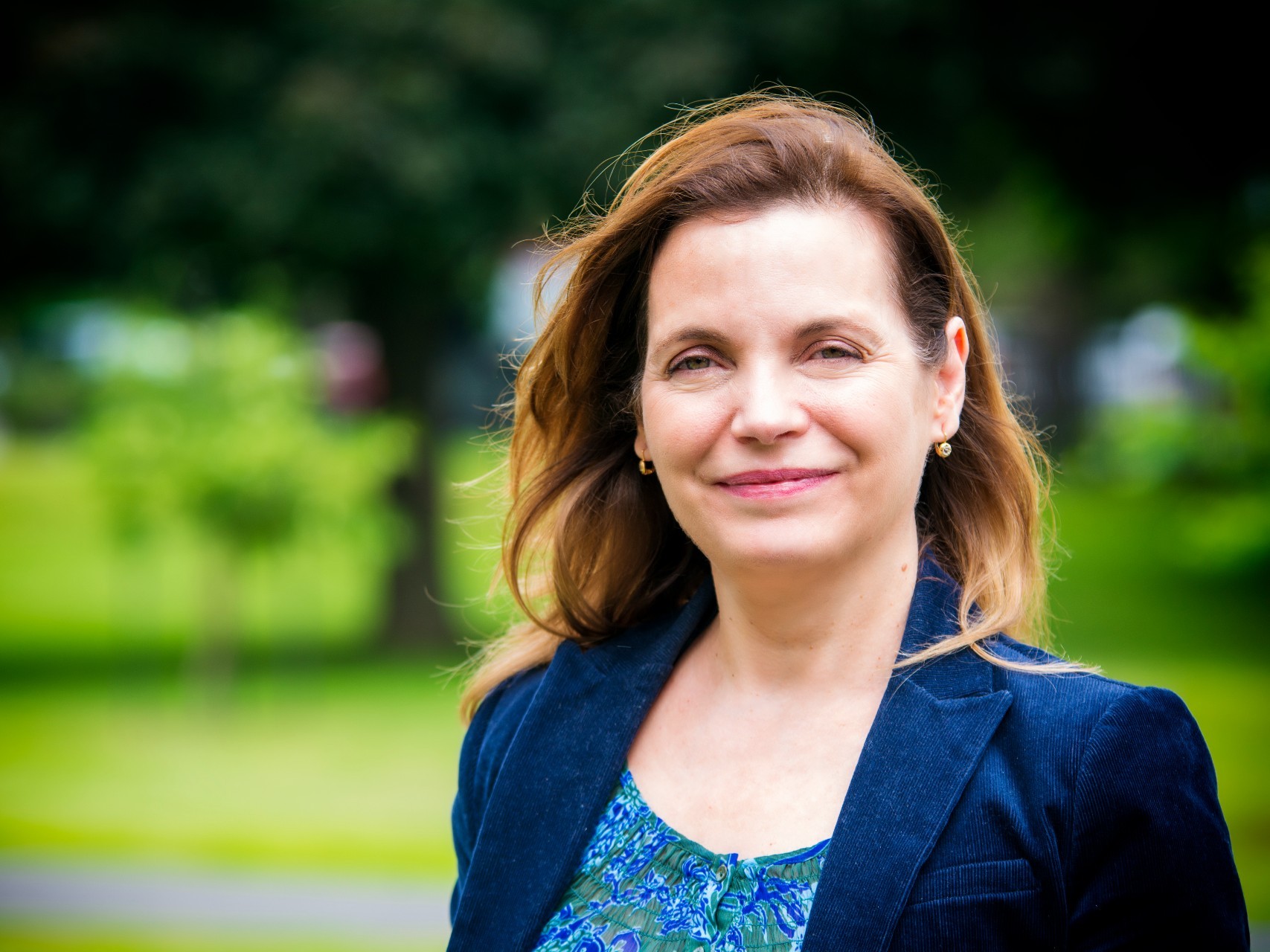 Francesca Scala: “Older mothers challenge our idea about the ‘good mother’ — someone who is youthful, energetic and has the time and resources to fully dedicate themselves to raising children.”

They identified three principal themes in their research: older mothers were considered risky maternal subjects, were unnatural or were irresponsible reproductive citizens.

The researchers don’t deny the biomedical risks that are present in later-in-life pregnancy such as preeclampsia and gestational diabetes. Older women are designated a risk group, and their children are at increased risk of chromosomal abnormalities (though until recently risks associated with advanced paternal age, such as schizophrenia or autism, were rarely mentioned).

More problematic is the idea of older mothers as unnatural. “There is this model of intensive mothering ideology that is pervasive in our society, where motherhood is an all-encompassing role for women,” Scala explains. “It rests on the idea that women are the primary caregivers and are solely responsible for the health and well-being of their children. Older mothers challenge our idea about the ‘good mother’ — someone who is youthful, energetic and has the time and resources to fully dedicate themselves to raising children.”

There is also mention in the texts of the possible negative psychological effects a child may experience in having a mother old enough to be their grandmother. This concern appears in the Canadian Medical Association’s White Paper on Reproductive Technologies. There is little said about the repercussions of advanced paternal age.

“We see a lot of information on government websites about the ideal time for childbearing, from a fertility standpoint, even though studies show that older women are often better prepared to have children,” Scala argues. “They have the financial resources to take care of their offspring and they have relationship stability.”

This presumption of delayed childbearing being problematic or a financial burden on the state can impact access to in-vitro fertilization as well, she says. Certain provinces in Canada will not extend insurance coverage if a woman uses IVF past the age of 42, for example, due to increased risks associated with pregnancy and birth and low success rate of treatment.

“Our goal as social scientists was not to challenge statistics around biomedical risks, but to see if older mothers themselves were being problematized in these discussions,” Scala states.

“Instead of putting the onus on women to adhere to their ‘biological clock,’ I would like to see more discussion about how broader social and economic forces shape women’s path to motherhood. How can we, as a society, support women having children at their ideal time, for example, with accessible daycare, so they are not penalized for having children too early or too late?”