Sorry to burst your bubble: The internet is not to blame for echo chambers, you are 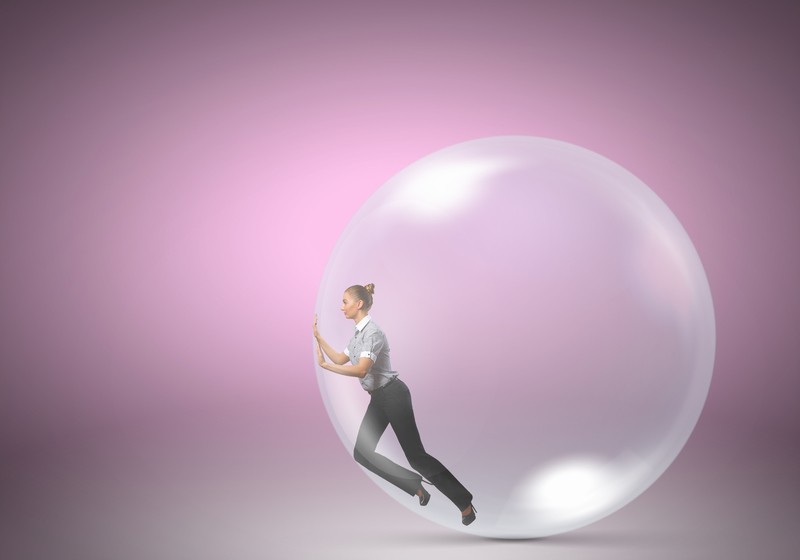 The democratization of technology, and more specifically the Internet and social media, has played a critical role in the democratization of information. Yet what once held the promise of a global village is far from the reality of today’s digital experience: a collection of digital echo chambers whose walls are said to be becoming increasingly fortified with each day.

Within the news industry, echo chambers are metaphoric references to situations where beliefs are amplified by communication and repetition within a closed system. Consequently, echo chambers are devoid of controversial debates and characterized by a set of myopic opinions about a topic. Similarly, filter bubbles refer to a state of intellectual isolation caused by algorithms that present users with content based on their particular information, including previous online behavior. As a result, users lack exposure to information that contradicts their points of view and remain isolated in their own ideological bubbles.

In recent years, digitally-enabled echo chambers have become scapegoats for political polarization, partisan politics and even the undermining of democracy. Certainly, in the Age of the Algorithm where Google, Facebook, and Twitter are built with the sole intention of curating highly-personalized online experiences, it is easy to blame echo chambers on technology.

But is technology really to blame?

Although the dangers of digital echo chambers are considered by many to be a common truism (Bill Gates included), recent studies suggest that digital echo chambers and filter bubbles might not be the dilemma we thought them to be. Among these studies is a 2018 paper co-authored by Elizabeth Dubois from the University of Ottawa that surveyed 2,000 adult internet users in the United Kingdom. Unlike earlier studies which suggested that individuals intentionally choose to limit their media consumption to content that is aligned with their previously-held beliefs, this survey revealed that most users actively sought information from an average of four different media sources and held social media accounts on three different platforms — a range broad enough to attenuate the effect of echo chambers (according to the researchers). However, although other studies have found that social media channels exposed users to a wider array of information outside of their political spectrum, paradoxically, such exposure was still found to cause users to ‘double down’ on their ideological beliefs.

So what (or who) is really to blame for echo chambers?

The answer to this question likely lies in the concepts of selective exposure and motivated reasoning. According to social psychologists, we actively devote extra cognitive resources to seeking evidence that reinforces our initial points of view while dismissing evidence that contradicts it. These emotional impulses explain phenomena such as blind-allegiance to cult leaders like Dorothy Martin who, in 1955, claimed that the earth would end and that alien “spacemen” would deliver her and her followers to safety. Despite the fact they were stood-up on four separate occasions by the aliens, Martin’s followers continued to rationalize her failed predictions. Similarly, these impulses shed light on Trump’s staunch partisans who, even when presented with side-by-side pictures of Obama’s and Trump’s inauguration ceremonies, refused to accept that Obama’s inaugural attendance was significantly larger.

Engaging beyond the bubble

As a Public Scholar and a student of technology, I believe that the greatest benefit that the internet has to offer is the opportunity to be exposed to a plethora of views and opinions from diverse backgrounds and cultures. Engaging with different opinions fosters personal growth. Learning how to productively (and respectfully) debate with others is imperative to advancing knowledge and tolerance in today’s increasingly divisive world.

For those of us fortunate enough to be on the right side of the Digital Divide, it is incumbent upon us to use technology to broaden our horizons. Therefore, I end this blog with three pieces of advice on how to be an enlightened citizen of the web.

(1)  Actively seek out information from a variety of websites, people, and online communities. Don’t avoid ideas that you disagree with and remember that unfriending someone you disagree with merely pushes you further into the bubble. As Obama said: “Listen. Engage. If the other side has a point, learn from them. If they’re wrong, rebut them. Teach them.”

(2)  Don’t be a keyboard warrior. When you confront an idea or opinion you disagree with, let the emotions subside before replying. According to a 2017 fMRI study, when our political beliefs are challenged, areas of the brain that govern our identity and emotional responses to threat are activated. Once activated, the brain shuts down and refuses to accept any evidence that contradicts what we hold to be true. So take a breather before typing on that keyboard.

(3)  Take it outside (okay, not really outside, but at least offline!). Great discussion can be had online, especially given our ability to quickly access links to supporting studies. However sometimes it’s just better to share one’s comments in person. In a 2017 study published in Psychological Science, researchers found that we respond very differently to words that we read compared to those that we hear. The results suggested that our tendency to “denigrate the minds of the opposition may be tempered by giving them, quite literally, a voice." So next time you find yourself in a heated online argument, step away from the keyboard and schedule a coffee date with your foe instead.

Tweet me @nurajabagi to let me know what you think of these tips and to share your advice on how to be an enlightened citizen of the web.