From IP to commercialization: Strategies for business success

Back to HOMECOMING
All alumni events

Developing an intellectual property (IP) strategy is integral for entrepreneurs interested in bringing their products to market.

Join Mourad Debbabi, Dean of the Gina Cody School of Engineering and Computer Science to hear our expert panelists answer questions about the protection and commercialization of IP for engineers.

In a conversation moderated by Nadia Bhuiyan, Vice-Provost, Partnerships and Experiential Learning, they’ll discuss the culture of innovation in organizations, the importance of business creation and scientific entrepreneurship, and the transfer of knowledge into marketable products that create social and economic value.

Are you interested in joining the Gina Cody School Alumni Chapter team?

We are recruiting alumni volunteers to help us keep Concordia's Engineering and Computer Science community connected. 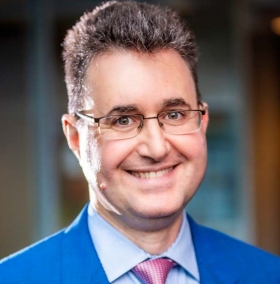 Mourad Debbabi is an expert in cybersecurity, cyberforensics and critical infrastructure protection and an experienced educator and administrator. He began his five-year term as dean of the Gina cody School on June 1, 2021, after serving as the school’s interim dean since May 2020.

A full professor since coming to Concordia in 2003, Debbabi has held a number of research chairs. He is currently the NSERC/Hydro-Québec Thales Senior Industrial Research Chair in Smart Grid Security and Honorary Tier 1 Concordia University Research Chair in Information Systems Security. 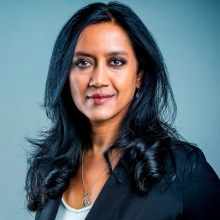 Nadia Bhuiyan oversees the Experiential Learning Office, officially launched in 2019, and continues to reach out to faculty members, staff, students and third-party organizations to broaden experiential learning opportunities for students. She obtained her bachelor’s degree in Industrial Engineering from Concordia University and her MSc and PhD in Mechanical Engineering from McGill University. 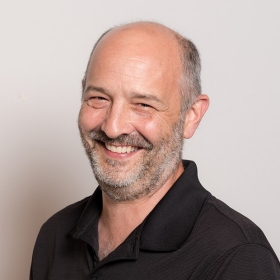 Pierre Chamberland is a pure technologist. His 30-year career in product marketing and innovation has spanned the globe, covering industries as diverse as semiconductors (Cyrix), consumer electronics (Philips), cybersecurity (Spamhaus) and information governance (NetGovern). A serial entrepreneur and strong believer in the power of employee-ownership, he has founded multiple ventures that grew to become profitable, multimillion dollar businesses.

Since IPRO acquired NetGovern in July 2020, he continues to revolutionize the way unstructured data is managed, secured and optimized across regulated industries.

In addition to his work at IPRO, Chamberland acts as a mentor to multiple software entrepreneurs. He is a Community Evangelist for both the Open Invention Network and the Canadian Council of Innovators. He is an active member of the ACM (Association for Computing Machinery), and SciTech, the techology Section of the American Bar Association. 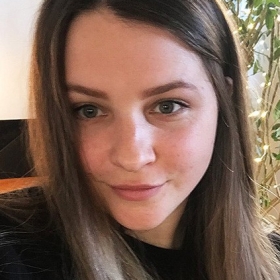 Charlotte Savage is a proven technology executive in the low power wireless IoT space, most recently featured in Forbes 30 under 30 Energy division for 2020.

With experience in the medtech and semiconductor industries validating prototypes, product market fit and fundraising, Charlotte launched HaiLa Technologies out of TandemLaunch,a deep tech incubator, where she and her team demonstrated the commercial viability of the technology through proof of concept partnerships and high profile pitch competitions such as winning the Nokia Open Innovation Challenge in 2019. Before founding HaiLa, Charlotte studied mechanical engineering, specializing in biomedical applications, at Concordia University and was simultaneously working as a product developer & manager at NXTSENS Microsystems. 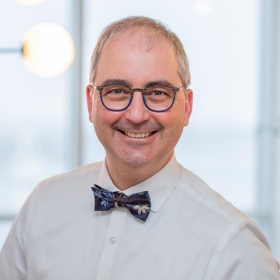 Recognized in Canada and around the world for his creative approach to innovation, Luc Sirois is a leader and entrepreneur in digital technology, with investments in numerous startups and non-profit organizations focused on youth, health, science and education.

Sirois co-founded the health innovation movement Hacking Health as well as its digital health accelerator and pre-seed fund. He is co-founder of Resonant Medical, now Elekta Canada, a leading manufacturer in the field of radiation oncology and image-guided treatments.

He has also served as Vice President of Consumer Health at TELUS Health, Telesystem and Nightingale, and as Manager at McKinsey & Company.

Until recently, he was Managing Director of Prompt, a not-for-profit organization that facilitates R&D partnerships between the industry and research institutions to improve the competitiveness of companies in the ICT, artificial intelligence and other digital technology markets.

Mr. Sirois is also strategic advisor to the Minister of the Economy and Innovation of the Quebec government. As such, he currently works on deploying new tech transfer models, on the culture of innovation in institutions, on issues of business creation and scientific entrepreneurship, as well as on the transfer of social innovations and their adoption in society.

In December 2020, he was appointed Chief Innovator of Quebec and Director General of the newly created Quebec Innovation Council.

Back to HOMECOMING
All alumni events
Back to top