Remaking Canada: The Significance of Reconciliation in Canadian Public Schools 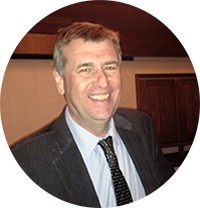 Terry Wotherspoon is Professor of Sociology at the University of Saskatchewan. He has a PhD in Sociology from Simon Fraser University, as well as previous degrees in Sociology and Education, and has extensive teaching experience at elementary, secondary and post-secondary levels. He has engaged in research and published widely on issues related to education, social policy, social exclusion and inequality, and Indigenous-settler relations.

His books include The Legacy of School for Aboriginal People: Education, Oppression and Emancipation (with Bernard Schissel, Oxford University Press) and First Nations: Race, Class and Gender Relations (with Vic Satzewich, Canadian Plains Publishing and Nelson).

Several promising initiatives have been introduced in schools and classrooms across Canada to advance processes of reconciliation between Indigenous and non-Indigenous people. Now that more than five years has passed since the release of the final report of the Truth and Reconciliation Commission of Canada in 2015 it is important to examine the impact of these reforms and the ways in which they are understood by students, teachers, and community members.

This presentation focuses on the perceptions that residents of two Canadian provinces hold regarding reconciliation and the role and contributions of schooling to reconciliation-related activities. Alternative discourses represented within these perspectives are analyzed through the lens of Critical Race Theory (exploring notions of Whiteness and racialization of the “other” through covert discourses) and Settler Colonial Theory (which emphasizes distinct social relations and racialized discourses associated with the maintenance of newcomer populations on territories for which Indigenous peoples have distinct rights). The analysis reveals contradictions and unresolved tensions associated with settler colonialism which constrain the degree to which reconciliation may be able to advance.