Keylogger devices found on some standing express workstations in the libraries

Hardware devices called keyloggers, which can capture computer keystrokes, were recently found on some of our standing express workstations in Concordia’s Webster and Vanier libraries. These computers are available for public use for a maximum of 10 minutes.

In response, the university launched a thorough investigation, including the inspection of all public desktop computer workstations on both campuses. We also filed a report with the Service de police de la Ville de Montréal (SPVM).

The expertise of our library and IITS staff was instrumental in detecting and mitigating this situation.

The integrity of our 272 laptops on loan and 432 library workstations, networks and the security of our IT system remains intact.

These keylogger devices can capture personal data such as login information and passwords (for example, passwords associated with your Concordia netname) by tracking the keystrokes used at a workstation.

No other hardware devices were discovered on other publicly available computer workstations at the university. Laptop computers and tablets, available for loan from the libraries’ circulation desk, are not affected because hardware keyloggers cannot capture keystrokes from this equipment (up-to-date antivirus programs can usually detect software keyloggers).

We are taking proactive measures to increase security in locations where we have public computer workstations. We are conducting regular visual inspections and implementing several other measures that include educating our students, faculty and staff.

If you used one of the library workstations in the past 12 months, consider the following:

With the information that we have available to date, we strongly advise that as a precautionary measure, if you used one of the standing express workstations in either the Webster or Vanier library within the last 12 months, you should:

If you believe any of your accounts have been compromised: 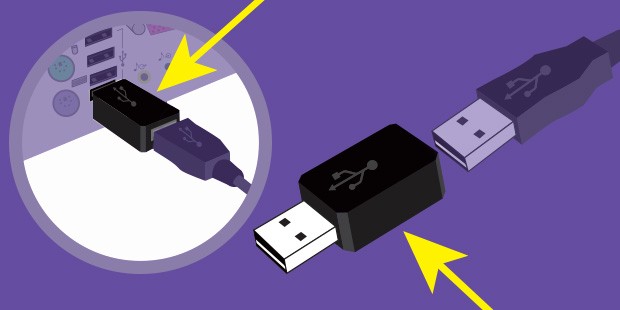 How to detect keyloggers

Since keyloggers take a few seconds to install on public desktop computers, such as those found in internet cafés and hotel business centres, you should routinely look for any suspicious devices or innocuous connector between the keyboard cable and the USB port. It can be any shape or colour and can be installed on any type of computer (PC, Mac, etc.).

What should I do if I find a keylogger?

If you find a hardware keylogger installed on a university desktop computer, please contact Concordia’s Security Department at 514-848-3717 and wait for an agent to arrive at your location. Do not remove the keylogger.

Similarly, if you discover a device on a computer in an Internet café or hotel business centre, you should alert an employee and then reset your passwords.