The walkable city: why access is the new mobility 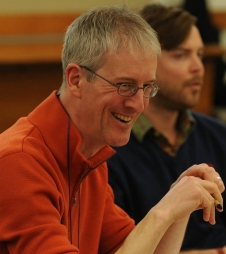 Jeff Speck, an international expert and advocate on the importance of making cities walkable, came to Concordia University on Thursday, June 1 to speak about The walkable city: why access is the new mobility.

The city planner and urban designer took the audience on a visual journey to the accessible, walkable city. 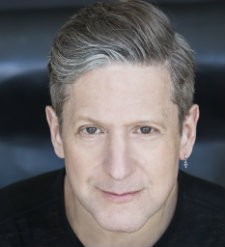 The theme for this year’s Vanguard Conference (May 31 to June 3), organized by Next City with lead sponsor Concordia University, was co-creating access – whether it is making use of places, services or opportunities to achieve food and housing security as well as economic, social and cultural development.

Six community partners were invited to participate alongside the Next City Vanguards for the first two days of the conference. They are Bâtiment 7, Brique par Brique, CIVITASx, Montreal Urban Aboriginal Health Centre, NDG Food Depot and Tyndale St-Georges.

Together, these Montrealers and the Vanguards learned how the city is tackling challenges related to creating accessible public spaces, planning processes and transportation systems.

On Friday, June 2, the conference featured the Big Idea Challenge. Hosted by Andy Nulman, co-founder of Just for Laughs and CEO of Play the Future, it was a competition that provided an opportunity for the Vanguards to leave a lasting impact on Montreal as conference’s host city.

Challenge teams were made up of Vanguards and representatives of local community organizations who will work over the course of the conference to co-design a solution for a problem faced by the team’s community partner.

A judging panel selected three of the teams to receive funding for their proposal. Team Bâtiment 7 received $7,000. As a result of an anonymous donation of $5,000, received that evening, there were two more winners: Team Brique par Brique received $3,000 while Team Montreal Urban Aboriginal Health Centre received $2,000.