The Concordia Institute for Canadian Jewish Studies inaugurated The Avriel Butovsky Research Library on the 9th of April 2008. In memory of Avriel Butovsky (1959-1993), a devoted student of Islamic history and culture, his parents Rivka and Mesh Butovsky, a Concordia University Professor Emeritus of English Literature, donated over 3,000 books on modern Judaica. The majority of the titles range over the fields of literature, religion, philosophy, Zionism, Biblical studies, North American Jewish writing, and the history of 20th century Jewish culture. 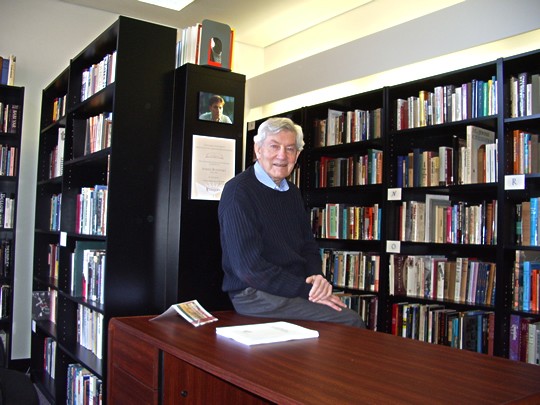 Housed at the Concordia Institute for Canadian Jewish Studies in SB-219 at 1590 Dr. Penfield Avenue, Montreal, the library is now open for research. Although it is not a lending library, academics and students are welcome to study in the library and make photocopies on the premises. Appointments can be made with by e-mail at cjs.fas@concordia.ca or by calling (514) 848-2424, ext. 8760. Alternatively, researchers can register directly at the Institute office, SB-215, located beside the library.

View the Library Catalogue
Back to top