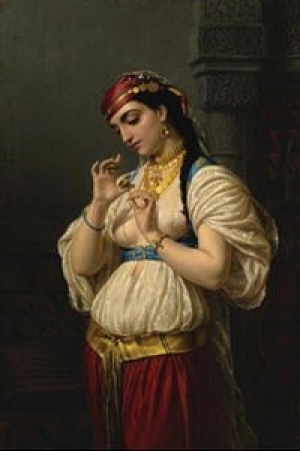 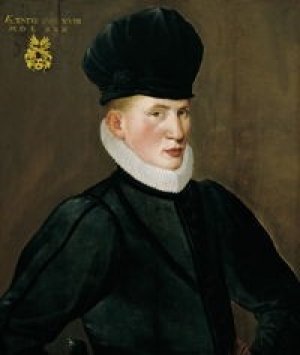 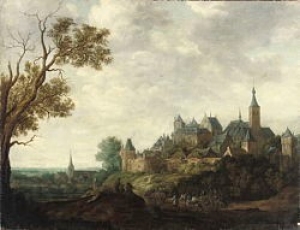 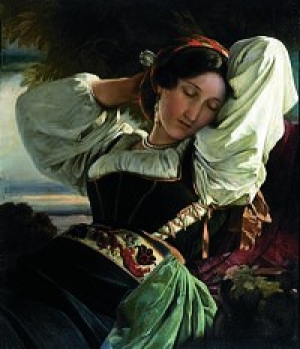 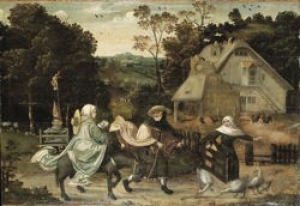 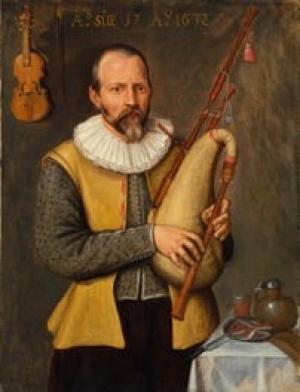 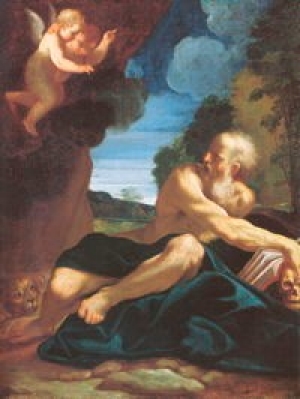 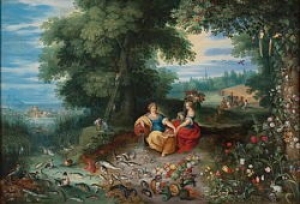 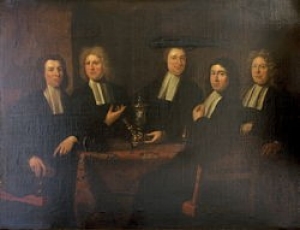 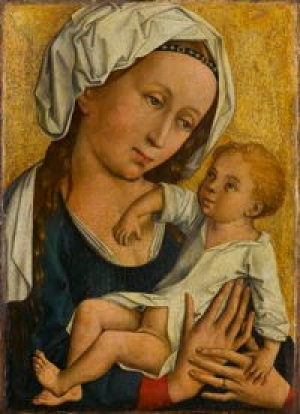 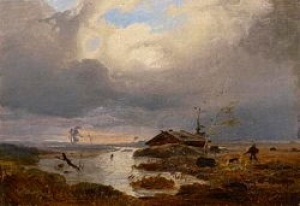 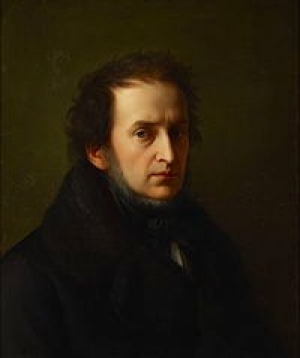 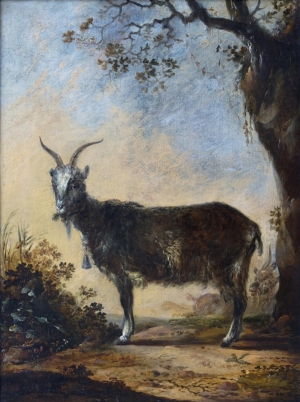 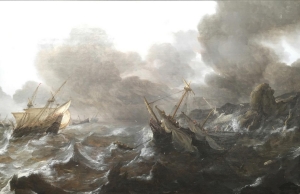 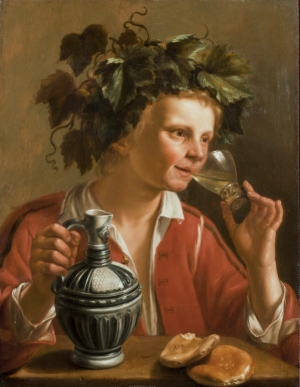 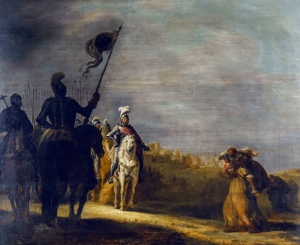 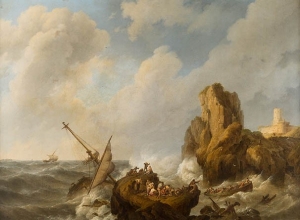 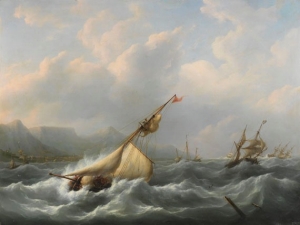 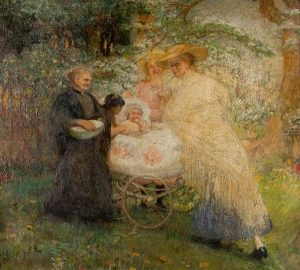 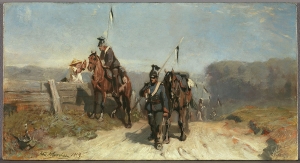 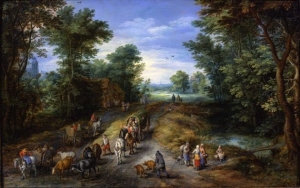 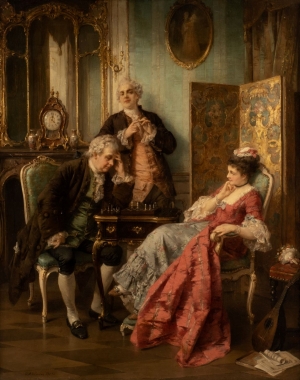 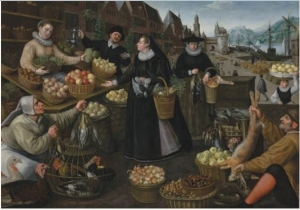 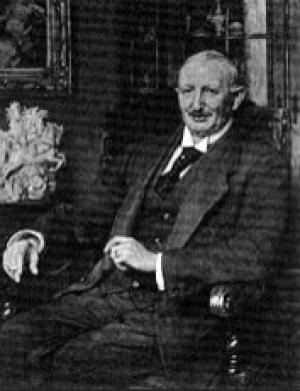 Portrait of Julius Stern by Eduard von Gebhardt (1838–1925). About 1915, Stern is portrayed in his apartment over the gallery in Düsseldorf.

1904
April 18, Max Stern, the youngest child of Julius Stern and Selma Heilbron, is born in München-Gladbach (today Mönchengladbach), Germany. Julius is a prosperous clothing manufacturer in a city centred around the textile industry. Max has two sisters, Hedi and Gerda.

1913-1916
Julius Stern, an art collector since the late 19th century, has contacts and friends in academic and museum circles. He becomes an art dealer, opening the Galerie Julius Stern at 48 Charlottenstrasse, and then at 23 Koenigsallee, Düsseldorf.

1923-1928
In this favourable environment, Max Stern studies art history at the universities in Berlin, Cologne, Bonn and Vienna. In 1928, he obtains a Ph.D. in art history from Bonn University, where he defends his dissertation on the academic German painter Johann Peter von Langer (1756-1824). The majority of his teachers in Bonn are friends and contacts of his father's, including the art historian Karl Koetschau, the mentor who suggested the subject of the young Stern's thesis. His studies complete, Stern works alongside his father at the family gallery in Düsseldorf, which deals mainly in academic painters and Old Masters. 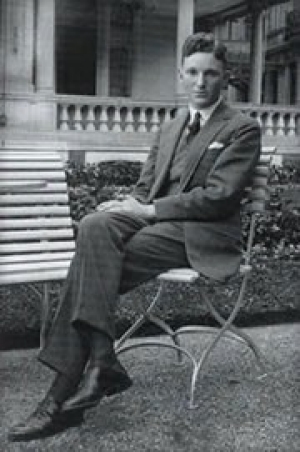 1930
A version of his dissertation, Johann Peter Langer, sein Leben und sein Werk, is published by Kurt Schroeder of Bonn.

1934-1938
At the death of his father in 1934, Max becomes sole proprietor of the gallery and contemplates opening other galleries outside Germany, in particular in London and New York. Max's sister Hedi Stern Selbiger and Dutch art historian Cornelis van de Wetering, a former assistant to Karl Koetschau in Berlin, found West's Galleries at 43 Duke Street, London, which opens in May 1937.

The meteoric rise of Nazism and anti-Semitism in Germany prevents Stern from working as an art dealer. Stern closes the Düsseldorf gallery in 1937 and sells 228 of the gallery's paintings at Mathias Lempertz, in Cologne. His own and his mother's personal collections are left on consignment with Josef Roggendorf, also in Cologne, who is prohibited from taking them outside Germany. Two agencies, including the Gestapo, confiscate most of these works in 1939 and 1941.

Stern leaves Germany on December 23, 1937, visiting Gerda and her family in Paris, then arriving in London on January 25, 1938, where he joins his sister Hedi at West's Galleries.

1939
In January 1939, with war threatening, Max has the large family art library shipped to London. It includes the Koetschau collection among others. Stern visits various American cities including New York and Los Angeles. Halifax, his only stop in Canada is a stop-over on his trip from London to New York. Following the invasion of Poland in September 1939, Great Britain declares war on Germany. Stern, considered a civilian alien, is detained in an internment camp on the Isle of Man.

1940
The London gallery closes. Stern is interned in Canada in July 1940, first near Fredericton, New Brunswick, then in Farnham, Quebec.

1941
After an internment of nearly two years, Stern decides to settle in Montreal. The art market there is dominated by a few conservative commercial galleries specializing mainly in picturesque landscapes.

1942
Stern's expertise impresses Rose Millman, who appoints him director of the Dominion Gallery of Fine Art in October. She introduces Stern to Maurice Gagnon, an art historian, critic and teacher at the École du Meuble, who urges him to make the Dominion Gallery the main commercial distribution point for "living art." 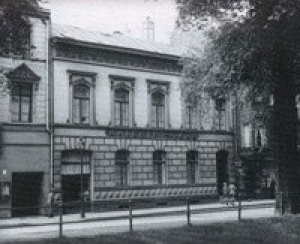 1943
In March, Stern organizes his first event, a Goodridge Roberts exhibition presented by Gagnon. Roberts signs an exclusive contract, a new arrangement that becomes a major asset for the gallery while providing a financial base to a number of artists.

Among the other Canadian artists and groups presented are Borduas--the painter's first exhibition in a commercial gallery; the Sagittaires, made up largely of young students of Borduas, organized by Gagnon; the first of several exhibitions of the Contem-porary Arts Society; and four members of the Group of Seven.

Stern's interest in modern French painting takes the form of an exhibition of works by Fernand Léger.

1944
John Lyman, who plays an important role as a critic in the Montreal art community, has his first solo show at the gallery. He is among the artists who sign exclusive contracts with the dealer.

During a trip to the Canadian West, Stern meets Emily Carr in Victoria and convinces her to exhibit. This would be the artist's only commercial success during her lifetime. Siegfried Thalheimer, the husband of Max's sister Gerda, founds Fine Art Associates in New York, in partnership with Otto Gerson. October 10, Stern becomes Rose Millman's business partner.

1945
Following the death of Emily Carr, Stern organizes a commemorative exhibition of her works. He would remain her main dealer. Stanley Cosgrove, with whom Stern would sign an exclusive contract that lasted until 1964, presents his first solo exhibition at the gallery.

1946
January 15, Stern marries Iris Ester Westerberg in New York. He goes to London to recover many of his paintings and his large library. 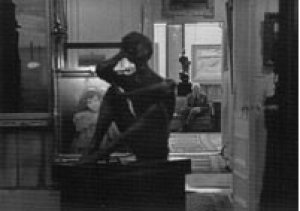 1947
In January, Max and Iris Stern take over ownership of the Dominion Gallery. The exhibition Old Masters, 16th, 17th, and 18th Century comprises 22 works by Old Masters, certain from the former Julius Stern collection. Stern deals similarly with other works from the collection, which he gradually recovers; two works are found with the support of the Canadian government.

1950
The Dominion Gallery moves to 1438 Sherbrooke Street West. The new premises include 14 showrooms on three levels; the Sterns live on the floor above. Temporary exhibitions are held in the basement, Canadian and international modern art is exhibited on the ground floor, and Old Masters and the library are on the second floor, a general arrangement that was not to change greatly. The inaugural event is a Goodridge Roberts exhibition.

1951
Stern meets Edward J. Hughes during a trip to the Canadian West. In 1953, the gallery holds its first exhibition of this artist and would remain his sole agent until closing.

1956
Stern visits Henry Moore in Much Hadham, England. Moore puts him in touch with other English, French and Italian sculptors. In the coming years, the gallery was to concentrate on modern sculpture. Max and Iris visit the studio of Kees Van Dongen, a French artist well represented in their collection.

1959
A modern extension to the back of the building doubles the Dominion Gallery's exhibition space. Max and Iris Stern make their first donation to a Montreal public collection: the Montreal Museum of Fine Arts receives View from My Studio (about 1921-1925), an oil painting by Mabel May.

1964
Stern organizes a substantial exhibition of 20th century European sculpture at the gallery. He makes a first gift to the Musée d'art contemporain de Montréal: Oriental Pattern (1963), an ink drawing on paper by Georges Mathieu, whom the gallery had given a solo exhibition in 1963.

1967
An exhibition in honour of the 50th anniversary of Rodin's death takes place at the gallery in cooperation with the Musée Rodin, Paris. From the late 1950's, the Paris museum granted Stern exclusive rights to sell the artist's sculpture in Canada. He purchases the statue of Jean d'Aire, from the group The Burghers of Calais, and installs it in front of the gallery. 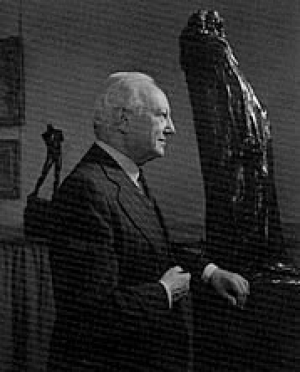 1984
Stern receives the Order of Canada.

1987
May 30, Max Stern dies of a heart attack on a business trip to Paris. In accordance with his wishes, the gallery remains in operation under Michel Moreault and the supervision of the Max and Iris Stern Foundation. Stern bequeaths his private collection to Canadian museums (notably the Montreal Museum of Fine Arts and the Musée d'art contemporain de Montréal), two museums in the United States and the Israel Museum, Jerusalem.

1997
A list of 3,000 books from Stern's library is drawn up before they are ceded jointly to McGill and Concordia Universities, as well as Hebrew University in Jerusalem.

2000
In December, the Dominion Gallery changes hands. The Stern estate gives the archives to the National Gallery of Canada.