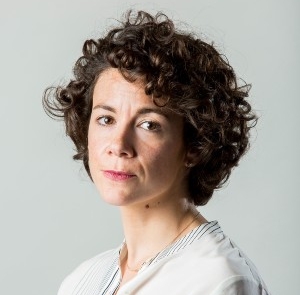 New York Times foreign correspondent Maria Abi-Habib, BA 06, has a nose for corruption. “Corrupt governments make things complicated. When you see a government where multiple agencies are involved in basic things like building roads, and there are multiple contracts for the work, it’s a sign.”

Since graduating from Concordia with a bachelor’s degree in journalism and political science, Abi-Habib has pursued a career finding — and exposing — misuses of power in Afghanistan, India and Haiti among others. “I’m from an incredibly corrupt country, Lebanon, so government corruption really gets under my skin in a very personal way. It’s very visceral to me.”

As the New York Times’ investigative correspondent for Latin America, based in Mexico City, Abi-Habib heads a small staff of reporters and researchers who cover Mexico, Central America and the Caribbean. In 2021, she won the prestigious Polk Award for investigative journalism, and was a finalist for a Pulitzer Prize for a series of articles on the assassination of Haiti’s president Jovenal Moïse.

“We tried to reconstruct the last year of his life. He was very wrapped up in the narco-trafficking figures who basically run Haiti. I think what happened was that he tried to do his own projects and have autonomy, and the drug bosses and oligarchs said, ‘Not today’!”

Abi-Habib chose to study at Concordia’s Department of Journalism after finishing high school in Beirut. She says she loved the way the university combined high-quality instruction with in-the-field practice. “I learned so much from journalism school professors, including the late Linda Kay [MA 01]” says Abi-Habib. “Being thrown into the action as a reporter at the Link [student] newspaper taught me a lot, especially about how to deal with people and sensitive stories.”

Once graduated, Abi-Habib returned to her native Lebanon where she started working a freelance reporter. She was soon hired by the Wall Street Journal. “I’m half Lebanese and I grew up mostly in Lebanon. I always wanted to be a Middle East-based foreign correspondent. For me it was like going home.”

When she was reporting from Kabul, Afghanistan in 2012, Abi-Habib became a finalist for the Daniel Pearl Award for outstanding reporting about South Asia for an investigative piece she wrote on atrocities at Kabul’s main military hospital. “Instead of offering premier health care, the local doctors and nurses at a U.S.-funded hospital for Afghan troops were plundering pharmaceuticals and selling them on the black market. They forced wounded soldiers to pay for things like medicine and food that were supposed to be free. Soldiers had open heart surgery totally awake because sedatives were being sold on the black market,” she says.

“In some instances, as a foreign correspondent, you literally have to put yourself in the line of fire to get the story. But you learn to protect yourself. When I had to go to a really remote part of Haiti that had a very bad phone signal, I carried a tracker so my colleagues could find me. And I wouldn’t cover a war unless I had basic medical first-aid training and knew how to make a tourniquet, for instance.”

Foreign bureaus on the decline

The surprise, and disappointment, of her career, Abi-Habib says, has been watching the number of foreign correspondents in the field shrink as newspapers slim down or eliminate foreign bureaus — the New York Times is one of the few remaining.

“Fifteen or 20 years ago it felt like there were a lot of people on the road covering stories. It was very competitive, but we all felt like we had each other’s backs,” she notes. “It’s sad to see the death of a robust number of publications that once covered the world’s most important stories.”

This phenomenon has only hardened Abi-Habib’s determination to keep unearthing stories of injustice.

“Many of the media outlets in the countries we cover struggle to cover controversial stories because of financial or political pressure. When we take on big stories in these countries, we get a lot of local support.

"People want the world to notice of what is happening to them. It’s an incredible challenge.”