Growing up, Julie Quenneville, BA 00, dreamed of becoming a journalist and foreign correspondent.

“I wanted to change the world,” says the Department of Journalism graduate. “I wanted to tell those tough stories that would impact government policy — storytelling that inspires people to get things done.”

Quenneville began as an intern at the CBC, was an overnight newscaster on CJAD and a journalist and associate editor at The West Island Chronicle.

Journalism served as a launching pad for a life dedicated to public service. After working as a political attaché for Russell Williams, member of the National Assembly of Quebec, Quenneville was promoted to associate chief of staff for Philippe Couillard, Quebec’s Minister of Health and Social Services at the time (Couillard later served as the province’s premier from 2014 to 2018). 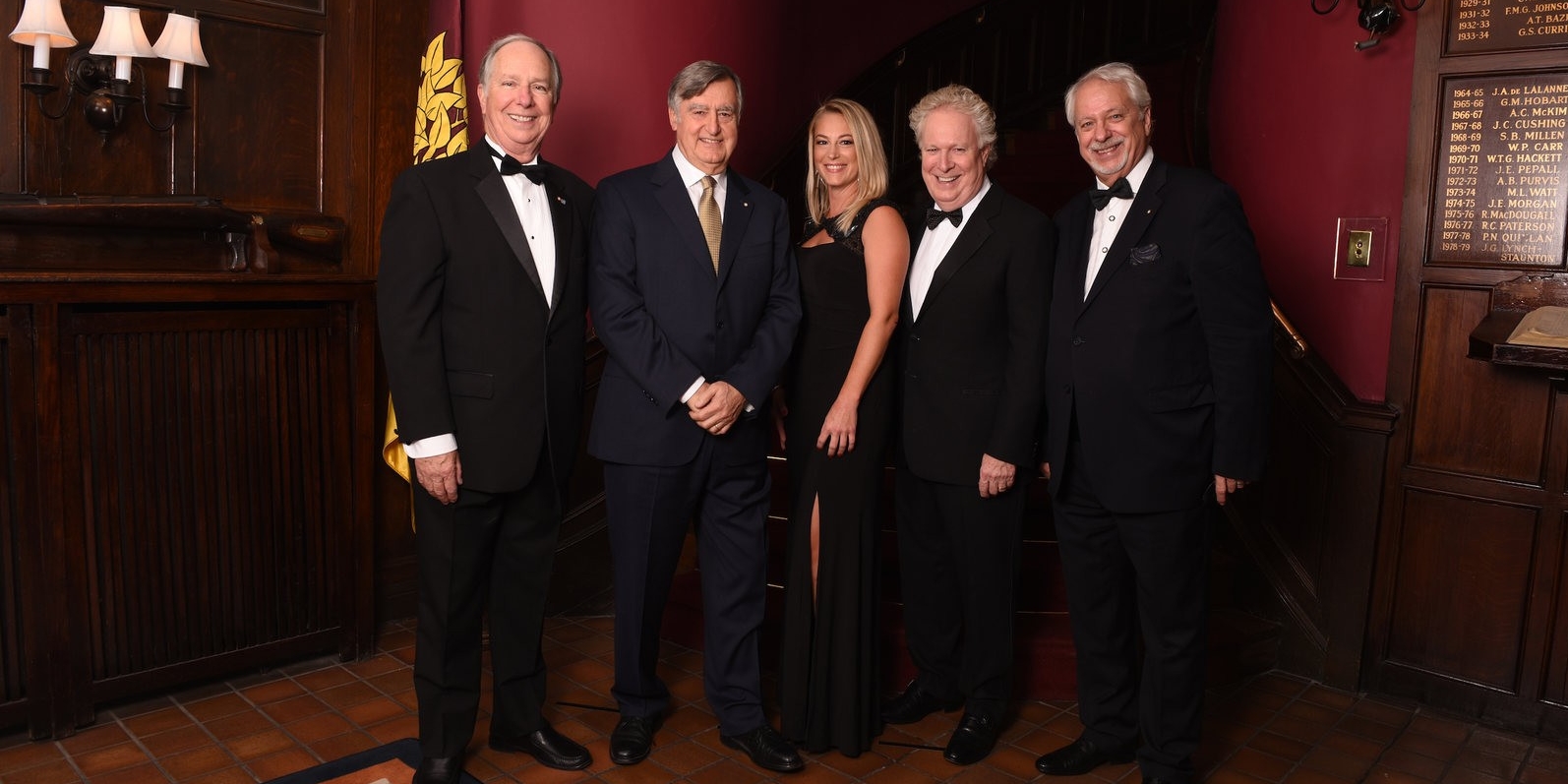 In 2005, Quenneville joined the McGill University Health Centre (MUHC) as chief of strategic planning, then became director of development and marketing before being named president and CEO of the MUHC Foundation in 2015.

She was named one of Canada’s 100 Most Powerful Women by the Women’s Executive Network in 2019. Today, Quenneville is also a proud mentor who is passionate about empowering young women.

“What journalism, politics, government and philanthropy have in common is the need to inspire people, a quality you need for a leadership role,” Quenneville says. “You cannot lead if no one is following.”

In 2020, the MUHC Foundation launched its Dream Big Campaign raising $200 million to transform the MUHC — already one of the world’s most advanced teaching hospital networks — into a leading international hub for innovative clinical research and excellence in care.

As head of the foundation, Quenneville leads a top-notch fundraising team.

“Recruiting and retaining top talent is the greatest challenge of any organization, whether public or private, in a constantly competitive environment,” she says.

‘I don’t want to be on the sidelines’

Over the course of her storied career, Quenneville notes that it was harder to rise through the ranks as a woman.

Quenneville says women have to be proactive in addressing the changes needed to advance their careers. She adds that she mentors other women because she didn’t have that advantage herself.

Additionally, as a mother of two, Quenneville says that having a family is a bigger challenge for women than it is for men. “When we choose a different kind of lifestyle to balance being a wife, a mother and a leader, there is still a lot of judgment. It is essential to elevate more women to leadership positions because they bring diversity and a very different leadership style. Organizations gain significantly from bringing diverse voices to the table.”

Bottom line, she adds, “It’s about having a voice and not excusing ourselves for being ambitious.”

It’s why she welcomes the responsibility of being a role model. “I feel privileged that I have reached this level. There is so much more that I want to do in my career. And in my life.”

Many of Quenneville’s career and life lessons were learned at Concordia as a journalism student.

“What I found most exceptional was the fact that all of our professors had real life experience and networks,” she says. “What they taught us was actually useful in the market. I felt completely prepared for the workplace.

“I’m very, very grateful for the time I spent at Concordia.”