The Government of Quebec has announced that Marguerite Mendell ­­­­­­­— economist, professor and interim principal of Concordia’s School of Community and Public Affairs (SCPA) — will receive the Prix du Québec for her three decades of scholarship and engagement in the field of social economy.

The Prix du Québec is the highest distinction awarded by the Government of Quebec. It recognizes individuals whose innovative spirit and work has contributed to the development of Québec society.

“On behalf of the entire Concordia community, I congratulate Marguerite Mendell on winning the Prix du Québec,” says Alan Shepard, president of the university. “Her dedication to her field and ground-breaking academic achievements exemplify the commitment Concordia faculty have to innovative research and teaching.”

Since joining the university in 1984 as a postdoctoral fellow in the PhD Humanities program, Mendell has carved out an illustrious career in which she has been a significant contributor to the SCPA and the Karl Polanyi Institute of Political Economy, where she has served as director since 1987. 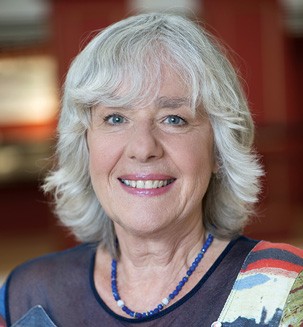 Marguerite Mendell is one of 13 recipients who will receive the Prix du Québec on November 12, 2013. | Photo courtesy of the Government of Quebec

“I am delighted, honoured and humbled to be receiving this award,” says Mendell. “My research has been based on the dynamic nature of Quebec society — a place I love. To be recognized by the government at this stage in my career is very rewarding, but also overwhelming!”

Her record as both a researcher and teacher is significant. She has published widely on the social economy in Quebec, local development, social finance and economic democracy. She also played a central role in establishing the SCPA’s Graduate Diploma in Community Economic Development, which trains students to strengthen local communities in an era of globalization and participate in the process of progressive social change.

“Margie’s impressive career as an engaged scholar epitomizes her dedication to enhancing social well-being in Québec and beyond,” says Graham Carr, vice-president of Research and Graduate Studies. “Her long record of community engagement both locally and internationally illustrates how academic research can have a positive impact on society.”

Mendell’s expertise on public policy continues to be sought worldwide. Earlier this year, her presentation at the United Nations Research Institute for Social Development in Geneva shed new light on the theme of social and solidarity economy. In November, she will be the keynote speaker at the 2013 Social Economy Global Forum, co-hosted by the mayor of Seoul and the Government of Quebec.

The Prix du Québec is given annually to 13 recipients in the fields of culture and science.  Mendell will specifically receive the Marie-Andrée-Bertrand Award, which is given to individuals whose research leads to important social innovations that improve collective well-being. It will be presented on November 12 at a special ceremony being held at the Assemblée nationale du Québec.