Psychology researcher Shimon Amir on the scientific significance of the win
By Tiffany Lafleur
Source: Faculty of Arts and Science 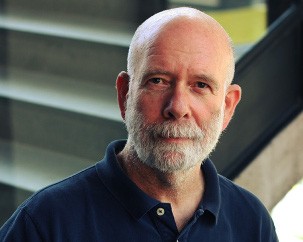 The Nobel Prize in Physiology or Medicine has highlighted incredible medical discoveries over its one-hundred year legacy. The discovery of insulin, the development of in vitro fertilization, and the detection of human blood groups are all examples of ground-breaking scientific studies that earned researchers the prestigious Nobel Prize.

This year’s award was given to three researchers who have unlocked the secrets of the circadian rhythm – the physical, mental and behavioural changes that follow a daily cycle responding primarily to light and darkness. It is a long-known, but little understood concept.

“The importance of circadian rhythms in biology and health has been a focus of interest for decades but how these rhythms were generated has been a mystery,” says Shimon Amir, director for the Center for Studies in Behavioral Neurobiology. “The work of the three Nobel winners showed how a highly conserved genetic program that operates at the level of the cell can drive rhythms in behavior and physiology that enable organisms to adapt optimally to their environment.”

The Nobel laureates – Jeffrey C. Hall, Michael Rosbash and Michael W. Young were able to peek inside our biological clock and unlock the secret of how plants, animals and humans adapt their biological rhythm to synchronize with the Earth’s rotation.

Building on previous research that had found that mutations in the period gene disrupted the circadian clock of fruit flies, the Nobel laureates discovered that PER protein levels oscillate over a 24-hour cycle, accumulating at night and degrading during the day in synchronicity with the circadian rhythm.

Their research draws parallels with the work Amir is conducting at Concordia. Currently, Amir’s research is focusing on the role of circadian clocks in the functioning of brain regions and neural circuits important in stress, motivation, and regulation of emotion.

“A key question is how changes in the expression of clock genes in these brain regions affect behaviors related to pathologies such as drug addiction, alcohol abuse, depression, anxiety, and Parkinson’s disease,” says Amir.

According to Amir, disruption of circadian rhythms can profoundly influence human life, and is linked to psychiatric disorders, coronary heart disease, various neurodegenerative disorders, and even cancer.