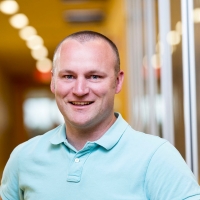 Stephane’s primary role is to maintain the daily operations of nuclear medicine services. This includes the technical operation and quality assurance of equipment. He also ensures participant safety as well as the safe use of radiation and radiation-emitting devices. He has the responsibility of implementing Concordia’s radiation protection program and reporting to the University Radiation Safety Committee as well as the Canadian Nuclear Safety Commission.

Stephane has been with PERFORM since 2014. Prior to that, he worked in a private medical imaging practice where he successfully developed the quality assurance program and obtained accreditation with mention for the imaging department, reported to the CNSC and was responsible for the nuclear medicine services.

Stephane holds a Bachelor of Health Science degree from the University of New Brunswick and a Diploma of Nuclear Medicine Technology from the New Brunswick Community College. He is a certified member of the CAMRT and OTIMROEPMQ. 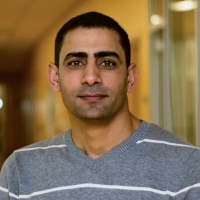 Antonys is responsible for the day-to-day operation and management of the MRI and ultrasound equipment. This includes the technical operation and quality assurance of the equipment. He conducts research activities and helps support researchers based on their specific needs assuring smooth transition from protocol development to the end of the project. He ensures the safety of participants, compliance with external regulatory requirements, as well as Concordia’s Health and Safety policies.

Prior to working at the PERFORM Centre, Antonys spent years working as an MRI and General Radiography Technologist at various healthcare facilities. His main responsibilities were performing diagnostic imaging exams using different radiology modalities. He has excellent organizational abilities, a high level of personal initiative, innovation and flexibility, and has been a member of the team at the Bio-Imaging Suite since July 2016.

Antonys holds a diploma in Radiography from the Technical Health Institute, Cairo, Egypt and another diploma in Applied Science focusing on radiologic science, Northampton Community College, PA, USA. Antonys is a certified member of CAMRT and OTIMROEPMQ. 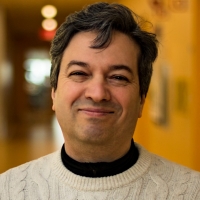 Stephan's role as a Research Associate at PERFORM consists of developing appropriate acquisition and image analysis protocols to ensure the validity of research projects from an imaging quantification perspective, validating the quarterly setup, calibration for the GE Discovery 690 whole-body PET/CT tomograph to ensure high reliability of quantitative data produced during PET imaging protocols, as well as  improving research facility-level QC protocols to facilitate the identification and troubleshooting of potential problems which can occur during the PET data acquisition and reconstruction process.

Stephan completed his PhD degree in Astrophysics at Université de Bordeaux I (France) on the modeling of the molecular line emission in forming stars and later shifted his interest towards biomedical imaging research.

Moving to Canada, he joined as a postdoctoral fellow at the Medical Imaging Research Group (MIRG, University of British Columbia, Vancouver, BC) led by Dr. Anna Celler in 1999. He mostly focused his research on 3D and 4D image reconstruction techniques applied to the Single Photon Emission Computed Tomography (SPECT) modality and on image correction techniques such as attenuation correction and resolution modeling.

In 2004, he joined as a Research Associate the UBC PET Group (University of British Columbia, Vancouver, BC) led by Dr. Vesna Sossi, then shifting his focus to the Positron Emission Tomography (PET) modality. He was responsible for the integrity of the data acquired on three PET scanners and on a small animal SPECT/PET/CT camera, from their acquisition to their reconstruction and archiving. He was also involved in various research projects focusing on the development and implementation of image reconstruction and correction methods and on the development of image analysis techniques.

Stephan moved to Montreal in 2017, sharing his time between the PERFORM centre and the Montreal Neurological Institute at McGill. 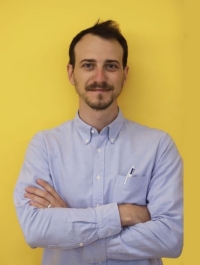 Pierre's role as a research associate at PERFORM consists of advising researchers regarding their functional MRI image analysis pipeline to ensure the validity of the fMRI data results. He also helps answering the specific needs of researchers during development of protocols as well as coordinating multimodal imaging research projects that are carried out at Perform Centre.

In 2013, after graduating from Université Paris-Est Creteil with a master's degree in signal and image processing in medicine, Pierre worked for two years as a research engineer at Paris brain institute with Dr. Stephan Lehéricy and Dr. Marie Vidailhet developing tools to analyse brain functional connectivity in Parkinson disease. He also analysed fMRI data for a clinical research protocol on Huntington disease in partnership with Pfizer.

In 2015, he joined the neuroplasticity, communication and ageing lab at IUGM Research Center, led by Dr Ana-Ines Ansaldo where he worked on fMRI research project that focused on the cognitive advantages of bilingualism and on language therapy-induced cerebral plasticity. Under her supervision, as well as that of Dr Benali, Pierre is currently finishing his PhD in biomedical engineering at the Université de Montréal. He is developing an innovative model to analyse fMRI data for chronic-stroke patients; in particular in the perilesional tissues where neurovascular coupling is impaired.

Pierre joined our imaging team in October 2018 sharing his time between the PERFORM centre and the IUGM Research Center at Université de Montréal. 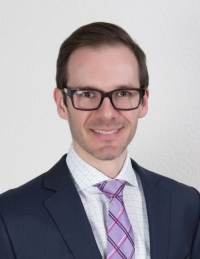 Dr Anthony Ciarallo MD MSc is a nuclear medicine specialist who trained at McGill University, completed his fellowship in PET/CT at Johns Hopkins University, and holds a Master of Science degree in human genetics. He is currently involved in various research projects in oncology and theranostics at the McGill University Health Center where he is also an attending staff on the nuclear medicine clinical service. He is adept in SPECT-CT, PET-CT, and DEXA, and is accustomed to working with various radiopharmaceuticals and radionuclide therapies.

For more information about this facility and our related services, contact:

Book this research facility
Back to facilities
Back to top 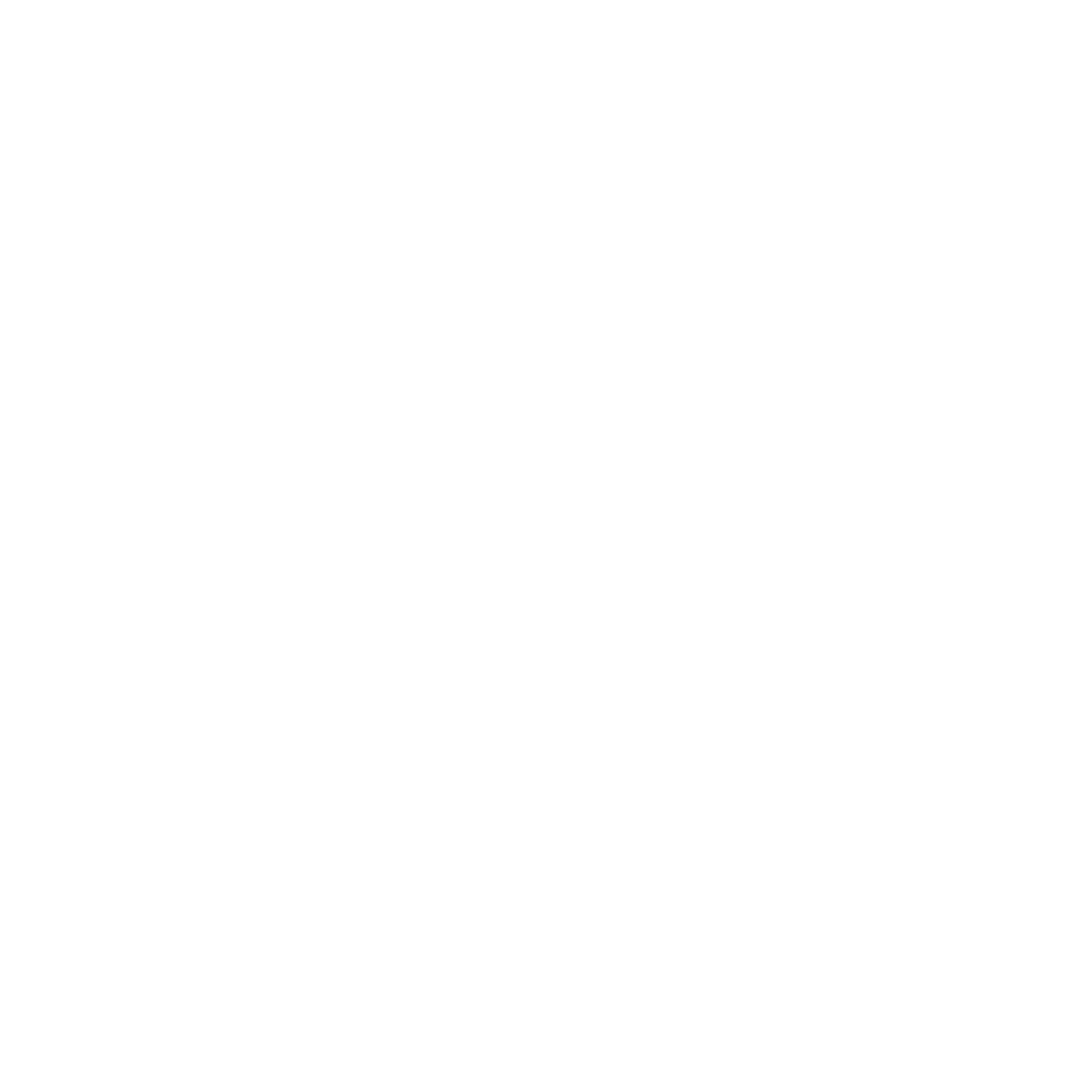 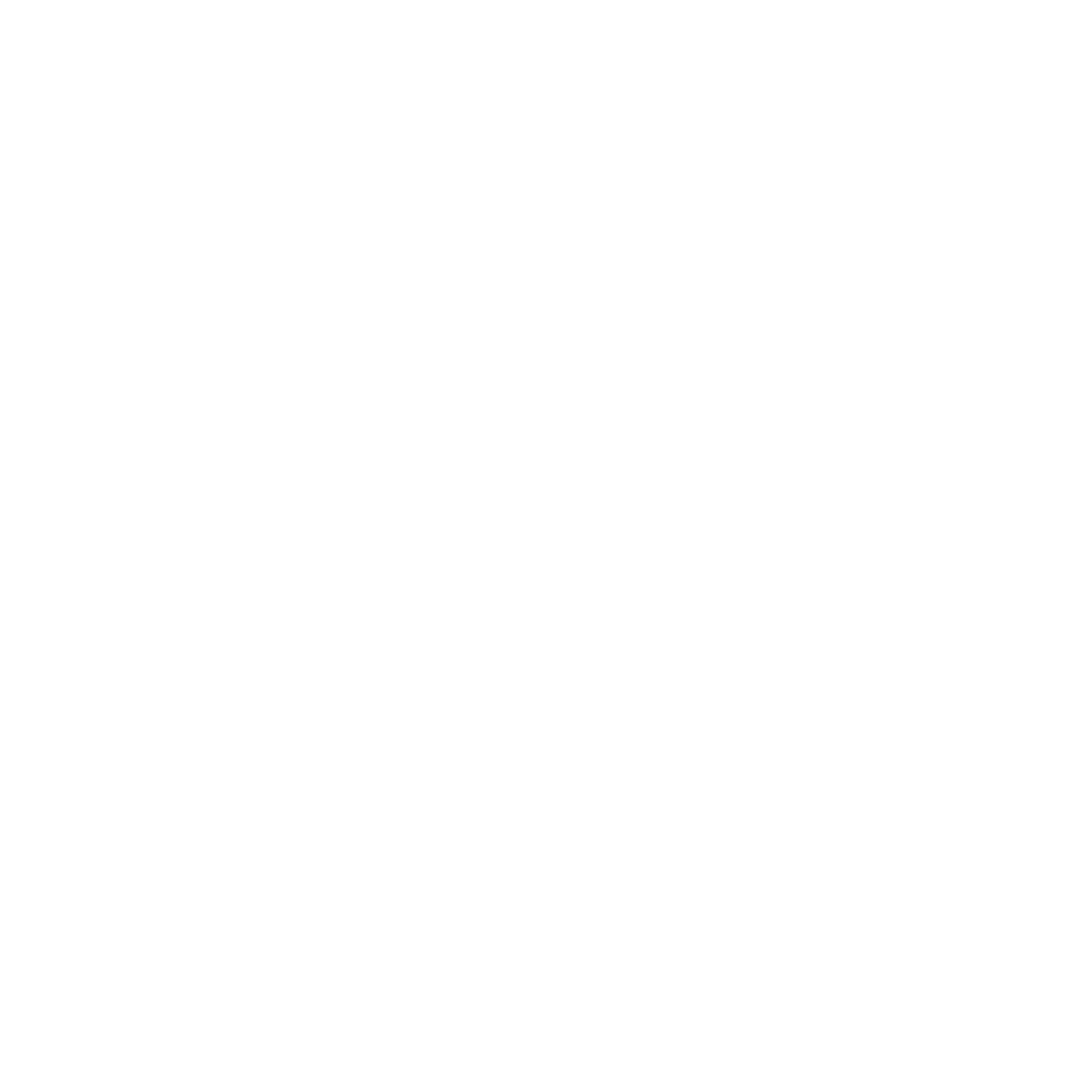 Participate in a
research study 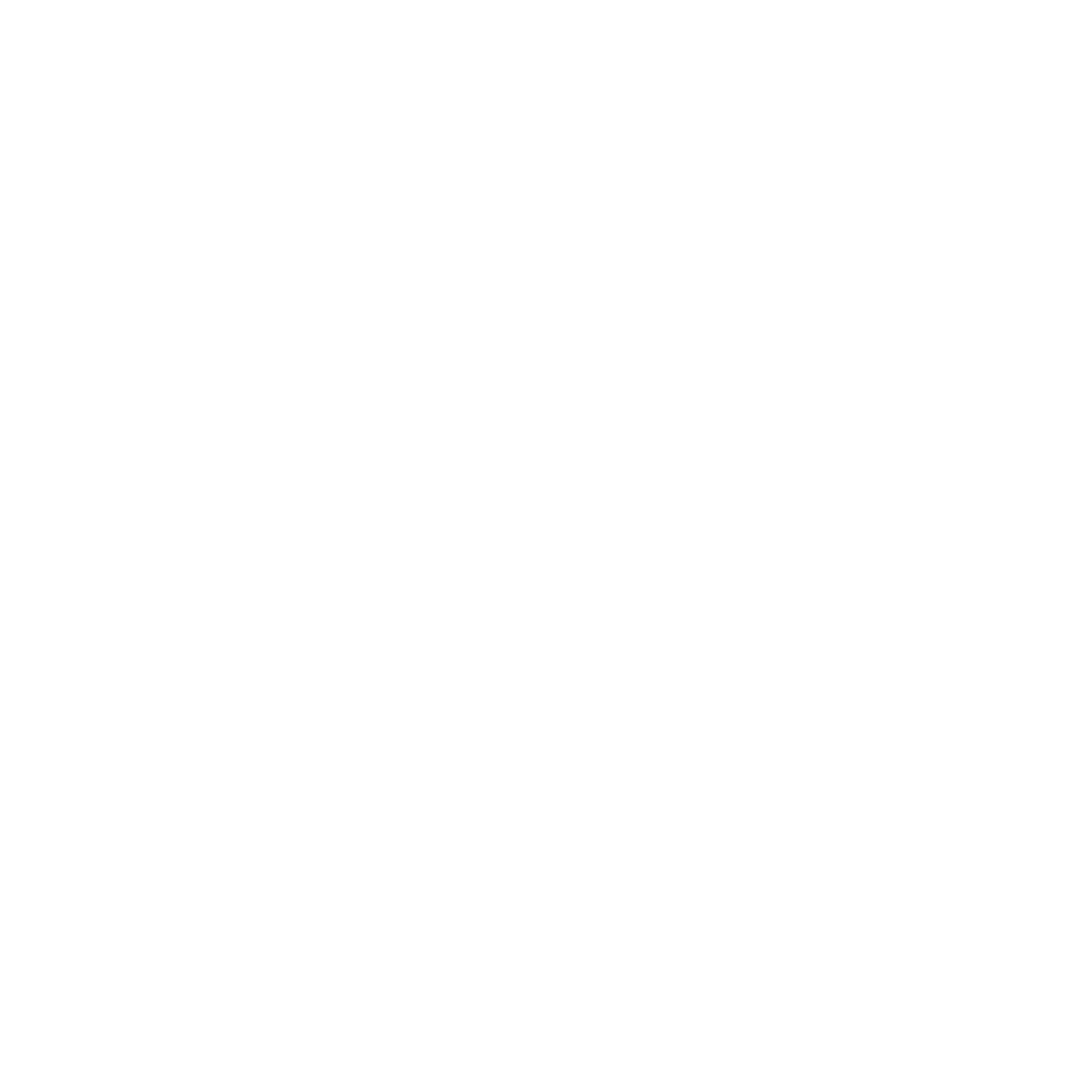 Apply to do
research 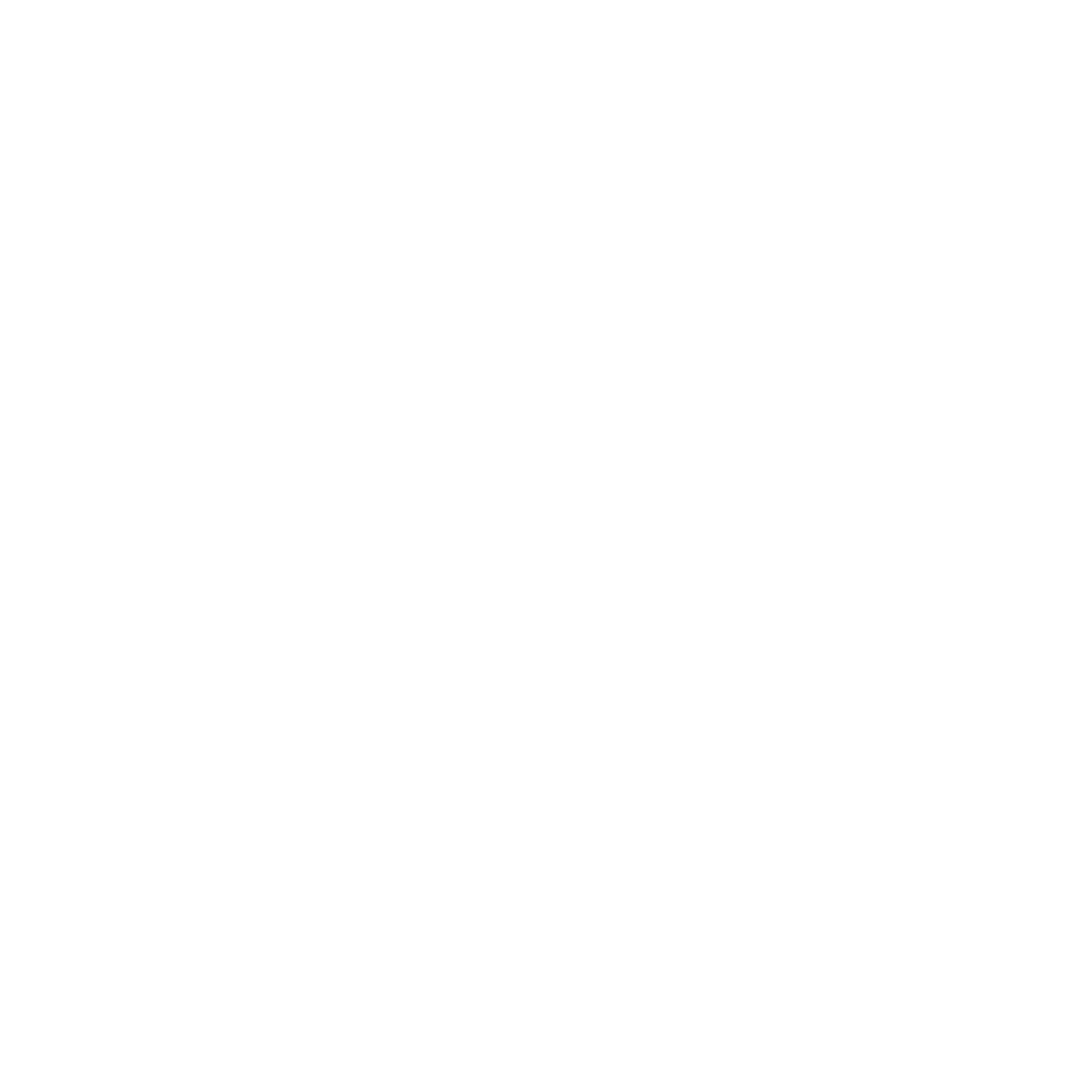