Restitution claims on paintings in other German locations remain unresolved

Düsseldorf, June 22, 2016 - At a presentation today in the Düsseldorf City Museum, the painting, “Italian Family” by nineteenth century German artist, Wilhelm Krafft (1808-after 1850) was returned by Düsseldorfer Auktionshaus to the Max and Iris Stern Foundation and its three university beneficiaries – Concordia University and McGill University in Montreal and Hebrew University/Jerusalem.

Following an anonymous tip of the painting’s slated sale from a member of the art trade, the German Lost Art Foundation – a government supported agency in Magdeburg – alerted representatives of the Stern Foundation. The Holocaust Claims Processing Office of New York’s Department of Financial Services, acting on behalf of the Stern Foundation, contacted the Düsseldorf-based auctioneer and promptly resolved the matter.

For the last fifteen years, the Max Stern Art Restitution Project team has been tracking down more than 400 looted paintings on behalf of the late Jewish art dealer and collector who fled Germany and migrated to Canada as a result of Nazi persecution. Achieving fair and just solutions with members of the art trade in Germany have been particularly difficult, and Richard Grüne of the Düsseldorf-based auction house should be commended for his agreement to return the work.

The painting is the thirteenth to return to the Stern Foundation. Founded in 1913, the Galerie Stern was a landmark on the city’s famed Königsallee until it was ordered to close by the Nazi government and its inventory liquidated by force. The Krafft painting was Lot 96 of the infamous sale of Max Stern’s holdings that took place in 1937 at Lempertz Auction House in Cologne.

Considered by his teachers at the Academy in Berlin to be one of their best pupils, Wilhelm Krafft, moved to Düsseldorf in 1834 to continue his studies under renowned academy director, Wilhelm Schadow (1788–1862). Painted in 1837, “Italian Family”, is an accomplished work from the Düsseldorf School. It will be loaned to the City Museum where it will go on public display. A major exhibition on the Galerie Stern and the restitution project will open at the museum in 2018.

Despite such positive news on the resolution of a claim with a local member of the art trade and the promises of the Washington Principles from 1998, the same cannot be said about the status of looted Stern paintings still sitting in other local museums or in other German municipalities. After years of education and the sharing of compelling research findings with their leadership, there has been limited advancement. 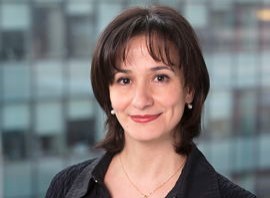