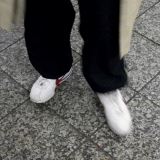 This pair of sneakers means a lot with respect to my experience in Montreal because they are a gift from my friend (whose feet are in the second photo). These sneakers represent the Latino culture in North America. She introduced me to this culture. It is something that I can relate to but that is also completely new to me because I grew up in Paraguay. I have realized that I have changed and started to understand myself in a new way.

My friend took these pictures when we were in New York City. We went there because we were both not feeling good and wanted to get away from Montreal. The day after her birthday, we decided to visit New York City. It was my first time visiting this place. Together, we made the dialogues for the script there.

Working on a short film with her was a very meaningful way of sharing and communicating our visions and ideas. Documenting our feet is a way of showing we are somewhere without revealing where we actually were.

When we were in NYC, we recorded the ambient sounds in the streets and parks for our class project. For me, the birds represent something new that is coming, the end of winter, and hope. My friend had not originally planned for a ‘hopeful’ ending to the film, but it emerged after everything that happened during our visits. 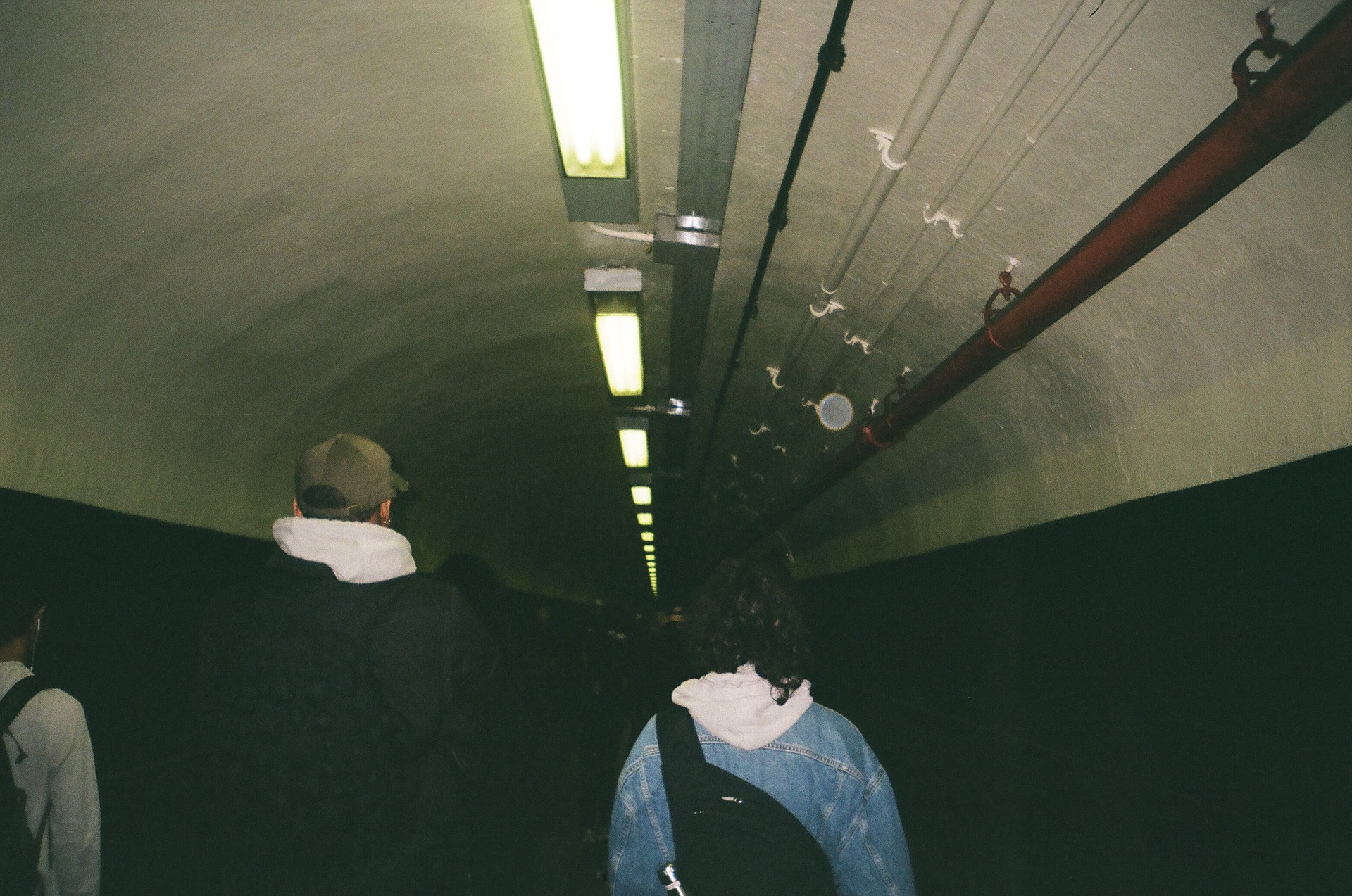 Making friends in North America was new for me. During my first year, I spent hours and hours talking to my friends in Paraguay over the phone. Now, I slowly started cutting off my relationships with them. I told myself I would never be able to connect with this place if I don’t try. In New York City, we were able to connect so deeply with several people. They were street dancers who were Latino. For my friend, it was important to have conversations with them, speaking in both Spanish and English because she lives in North America and has a Latin American background. These guys were performing on the street. Later, we saw them counting their money in front of the library. We said, “Oh, we saw you dancing before.” That’s how we started talking. We walked around the city, they showed us many things. When we returned to NYC, we hung out with them again. So in this photo, we were crossing a tunnel with our new friends in a subway station. One of them started singing and encouraged us to sing and yell to create echoes. We were pushed to do something new. We still keep in touch with them now.

Memory of a movie theater

Right before we took the bus to go back to Montreal, we went to a movie theater in Harlem, New York. It wasn’t a fancy movie theater. It was dirty, old and not well taken care of. Something from my past came to me. I felt like I had been there before. When I was 12, I used to go to movie theaters like this in Paraguay. I saw a self-portrait: I am different now and have started wanting to know things that I didn’t understand before, for example, about my family in Paraguay. 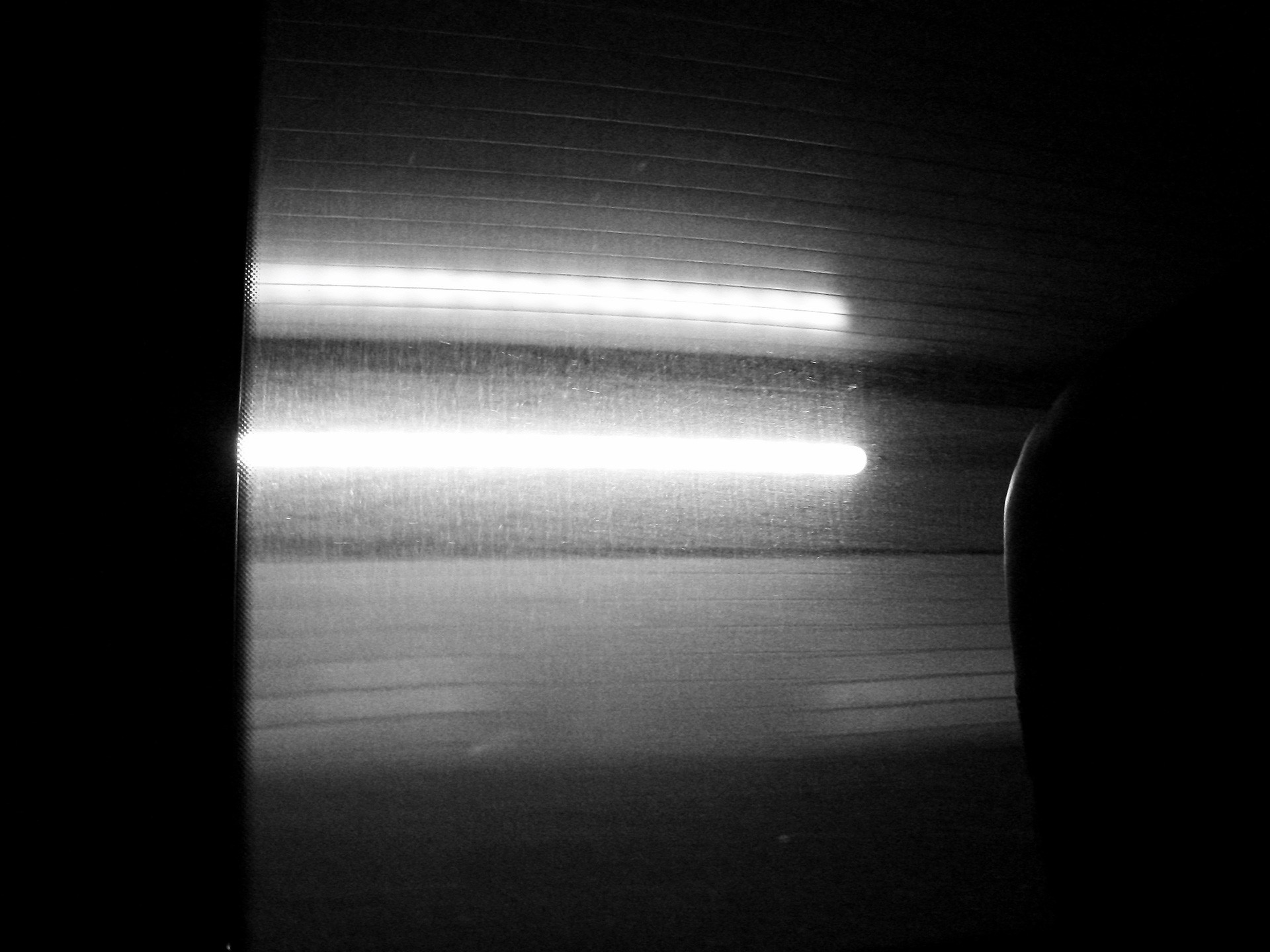 I took this picture when my friend and I were on the bus, passing through a tunnel on the way back to Montreal from New York City. The visits to NYC changed our view of this film and the motivations behind what we wanted to do. For me, film is like a bus ticket allowing me to go somewhere and to be free for a moment. I was coming back to finish my semester and to get my life back together

At the beginning of this semester, people from our program organized a party for film students from Concordia and UQAM. My friend and I went, but we couldn’t connect with the people from the program. Then I noticed this painting. It was familiar to me. The whole night I was trying to think of why, wondering where I got to know this painting. Then I remembered that I saw it at a friend’s place, in an abandoned house. The owner was gay and had left Paraguay. He let my friend live there for free. I spent most of my days last summer in that house. It was a really magic space. In that house, the painting was covered by graffiti. I don’t care about the painting but this image threw me back to another part of my world. It represents my attachment to home, but the view is out of focus. I am always in-between two worlds, absent and present in both worlds.

Before my friend and I left a school party, we did something to the fridge. This is our signature.  It was the first time we vandalized something.  Since then, when we don’t like the environment, we just write ‘gt.’ This act became a part of me. 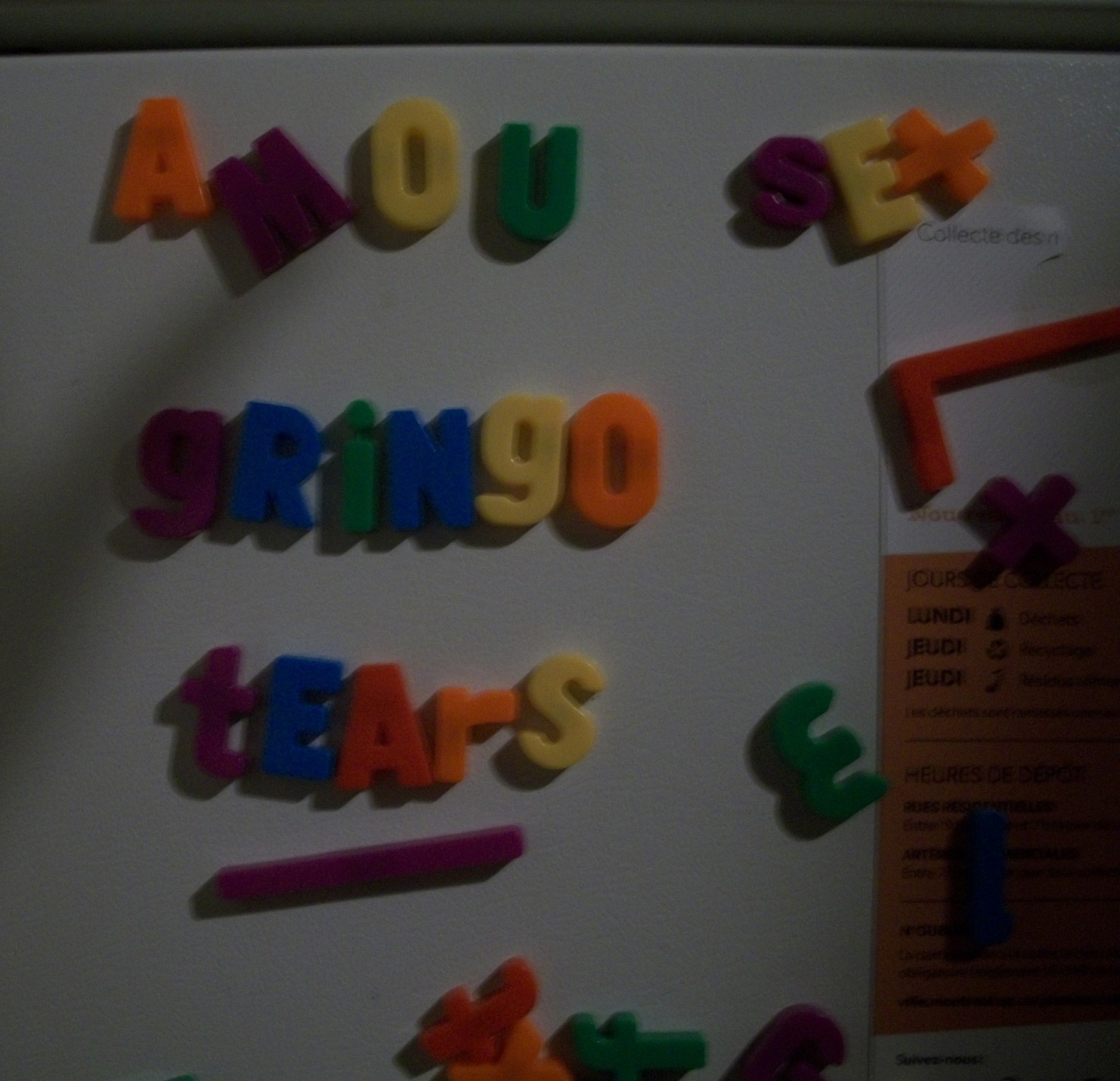 This is me with another film student at Concordia. She is a woman of color and is always struggling with men. That night, we were looking through the window on the 11th floor of a university building, talking about film school, relationships, and so on. We were able to open ourselves to each other. While looking at the city, I felt a new self within me who is able to understand my peers’ life struggles and talk about my own difficult past. I go to this space a lot. The first time I went there was at the end of my first year. My friend took me there when I was sad. 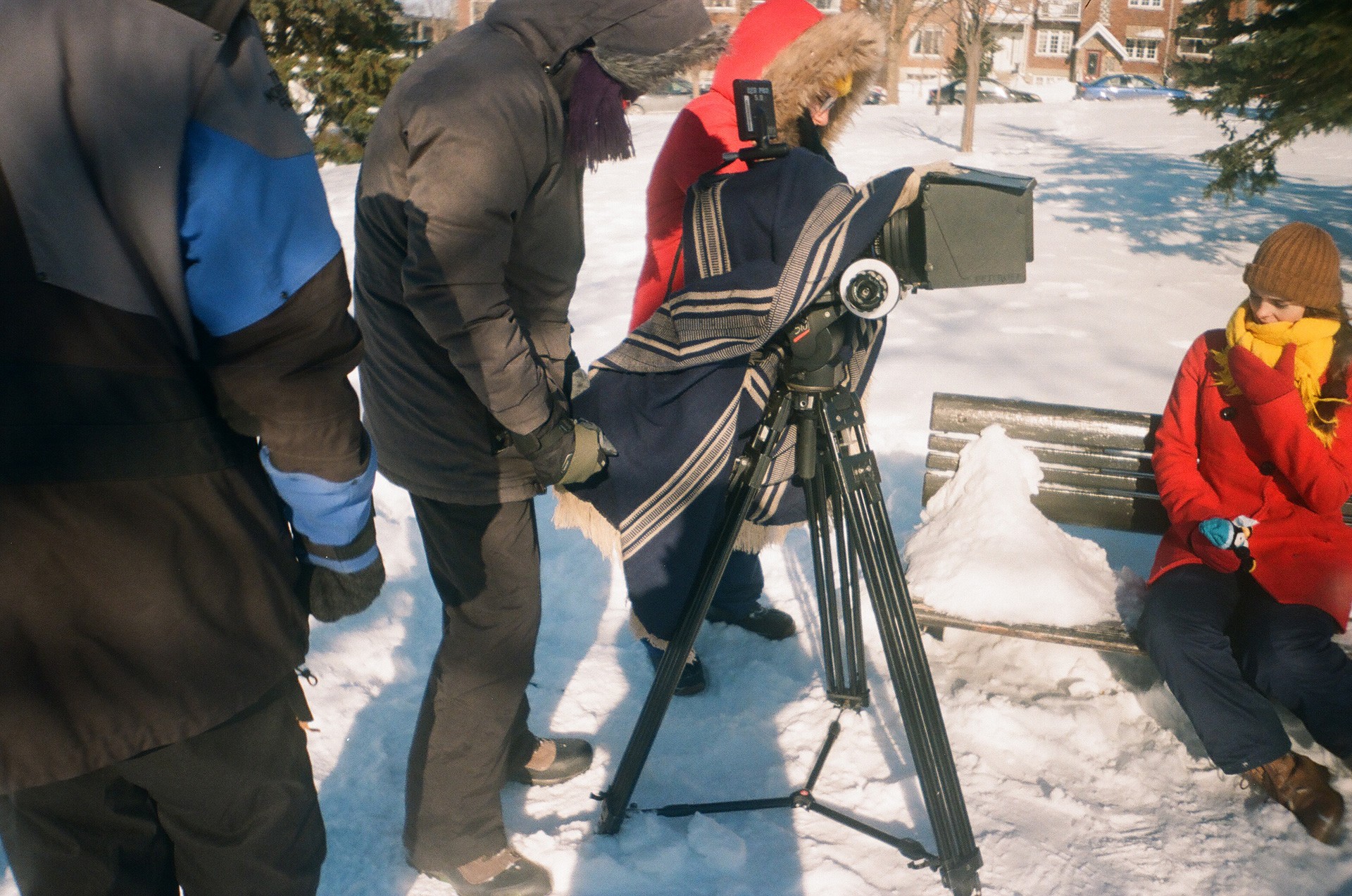 This is my poncho. I was 1st AD for this set. I used it to cover the camera because it got so cold. This unexpected use of something from Paraguay represents the different parts of me on the set. The poncho represents my culture and my heritage. I sleep with it every night. My grandfather and my father used to sleep with this poncho too.

I wanted to have a picture of her because she was one of the three women directing films in our class. I felt she was misunderstood by other people. No one was getting her vision or her ideas. If she said something, people would oppose her. There were too many people giving her input. Even the guy who was doing craft commented on the shots. Everyone on the set can testify to how she was disrespected. She had a hard time, I felt for her.

On our last day of shooting, a friend’s mom made food for us. She made us Jamaican food: chicken and plantain. This is something new I have learned: the importance of food. I realize that food is a way of feeling and connecting to home. I have started reading a Paraguayan recipe book given to me by my dad. I found there is a historical background of every recipe. The way we treat our food and how we cook specific things is a part of our cultural heritage.  I realize cooking is like narrative. This narrative is related to political and economic situations. It can be fully charged but also very simple. 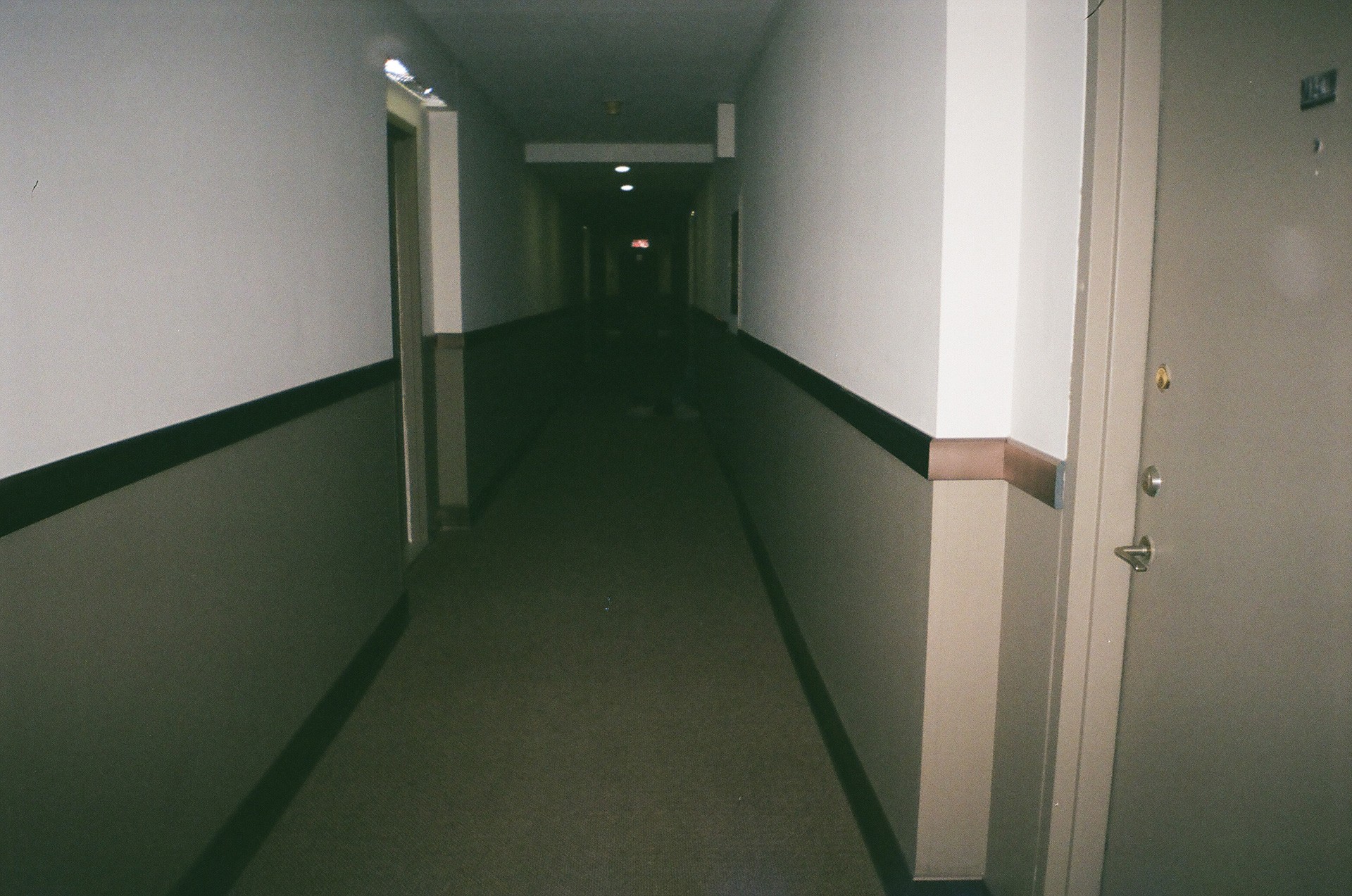 This picture reminds me of being tired and feeling alone in the project. My friend was very tired and lying on the floor. For me, this is the reality of a film shoot. These apartments give you a sense of separation and alienation. Loneliness became a part of my daily ritual but is also something I needed. After we finished shooting, I had to catch up with my other courses. I didn’t really sleep. I also lived apart from my friend, with whom I had been working and living. I felt I needed my space. 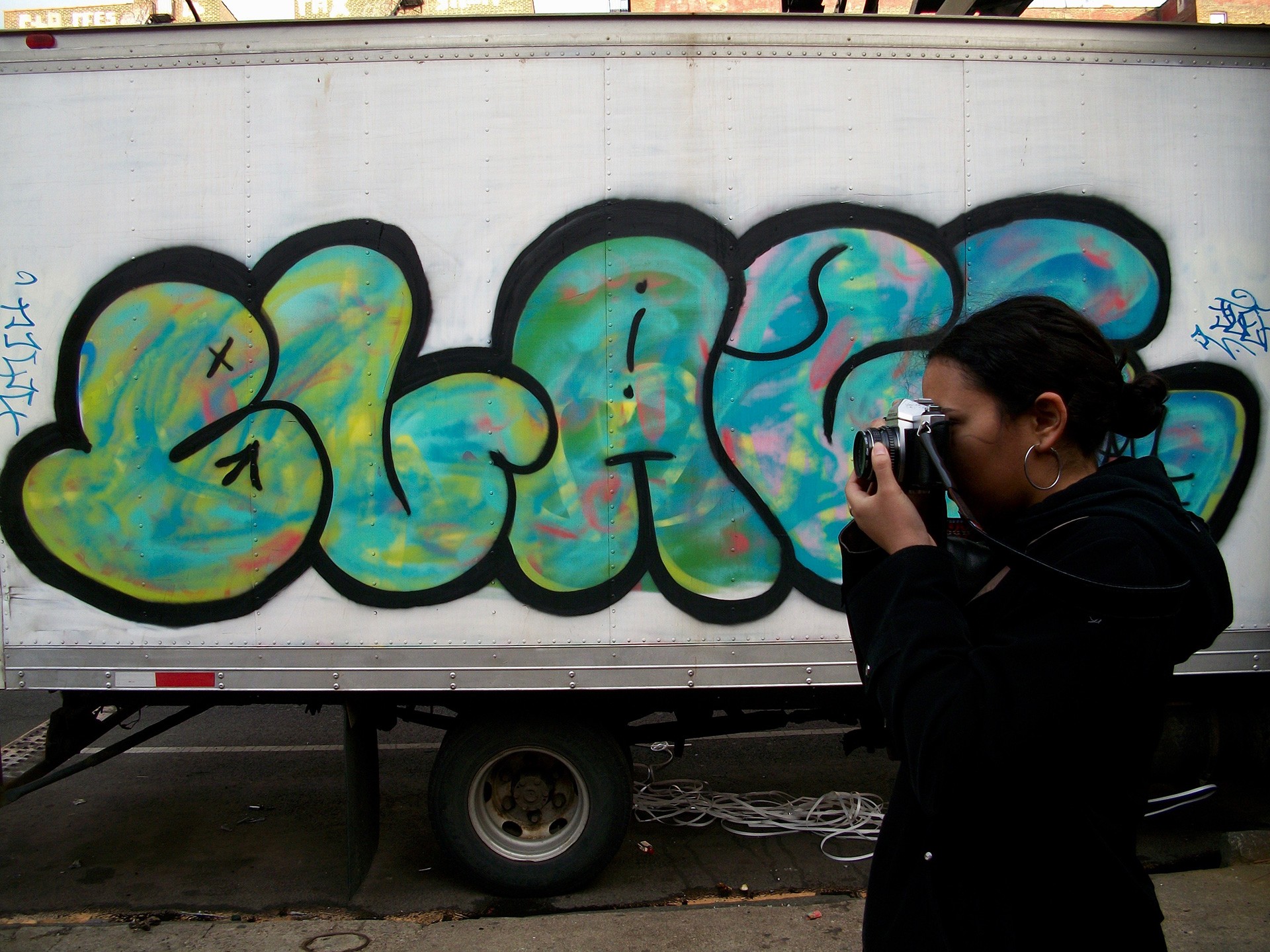 We were still editing the film. But we really detached ourselves from the project and everything after we went to NYC again. We talked about why we were making this film. My friend started taking pictures again in the Bronx.

Editing is about
re-writing a story

We were alone, editing the film. We opened the door of our editing suite and turned up the speakers as loud as we could. We played this song from one of our favorite singers. Editing is very interesting because you get to re-write a story. It was like script-writing after shooting. I want to see how flexible I could be because I am usually very attached to my plan. Learning to detach from your own creation is hard. 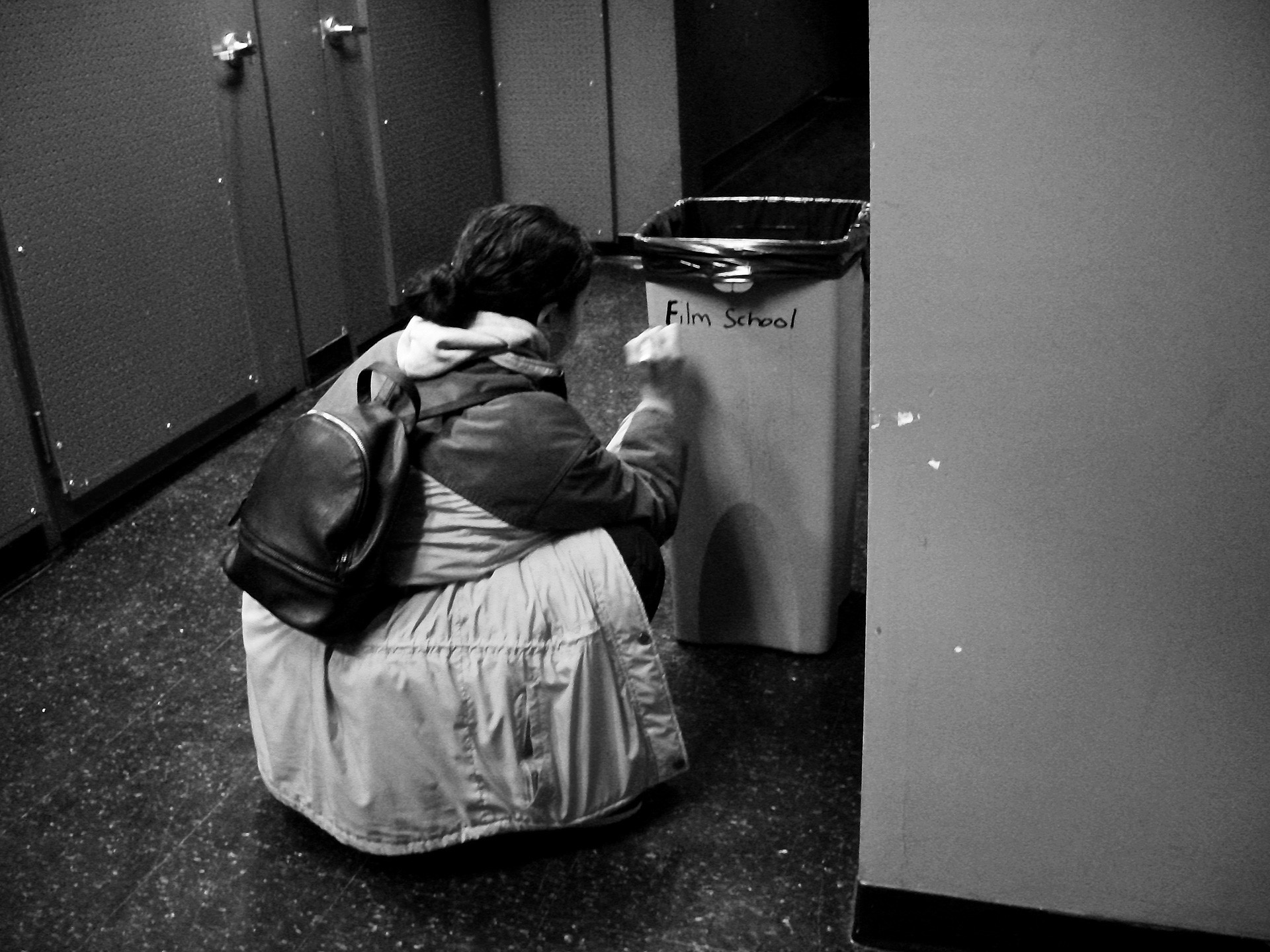 During post-production, my friend and I had a lot of conversations about film school. Why am I doing this? No one seemed to be interested in actual story-telling here. I came to film school only to realize that I don’t want to be a filmmaker. I want to learn about story-telling because that’s such a human thing. In my culture, there are a lot of oral traditions. I want to explore other possibilities of creating narratives. In Paraguay, filmmakers either imitate Hollywood or make auteur films for international festivals. Could I make something that people from my neighborhood can relate to, that can make them cry?