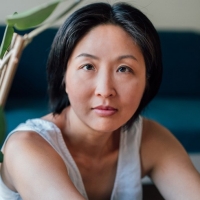 Since 2005, I have been conducting research on issues of gender, race, inclusion, and social justice in the global creative industries. My research topics include cultural labor, media and performance, migrant workers, minority politics, and Cold War cultural diplomacy. Besides academic works, I have directed and produced several independent film projects.

My first direct experience with film production education was with the Atlantic Filmmakers’ Cooperative in Halifax. I was eager to learn about the ‘secrets’ behind the camera and after five months of weekly workshop-style training, I completed a short B&W silent film. On my set, Chris adjusted the camera lens and focus. Erica gave directions to and looked after Neil, the five-year-old child actor. (She also made delicious sandwiches for all of us.) Mauri and Jeff transported the equipment. Denis supervised the set. In the end, I cared less about my film than about this group of people to whom I felt committed and the idea of filmmaking as a collective endeavor. If my first experience was generally positive, the production of my second short film was laden with anxiety and tears. The worst moment came when I could not recover my friend’s heirloom necklace from the set and nearly lost her friendship. As one WIFE participant says in her photo story: “If you take the responsibility, it is real. Something (bad) might happen.”

Issues of interpersonal skills, mental health, and self-care are rarely discussed in film production classes, which place more emphasis on script development and rational management. I am delighted that our participants were open to revealing their emotional ups and downs during filmmaking. They have convinced me that sexism and other forms of marginalization on a film set, characterized by high pressure and long work hours, is a real stressor for female students. In response, these women used their initiative and imagination to mitigate alienating situations, for example through the use of work fashion, food, graffiti art, and music. They also made me realize how important material and moral support from family members and close friends is, and how these communities beyond film school become a source of inspiration, confidence, and identity. Connecting with these young women helped me finally console my former self: I was not alone as an aspiring woman filmmaker. Bad feelings about filmmaking is acceptable, and mistakes are an integral part of ‘becoming’ a filmmaker. They reassured me that cinema is as much about forgiveness and empathy on the set as about love and betrayal on the screen. 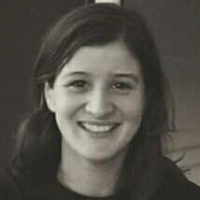 Throughout my short career, connecting to the experiences of other women in cinema, even with some of the most respected women in my field, has helped me validate many of our shared experiences. This, in turn, helped me to endure and overcome some of the challenges I faced. The project interested me because it is a public form of this process. The women I’ve met as the research coordinator are intelligent, resourceful and resilient beyond measure. As you listen to one after the other, patterns begin to emerge. The WIFE collects stories which display the diversity of individuals and lets the audience connect with certain disproportionately feminine experiences, both negative and positive. I was particularly interested in finding stories that seemed opposed to one another on the surface, but on closer reading revealed a similar condition. For example, where for one woman choosing to stop wearing makeup helped her feel more authentic, but another woman might wear her boldest lipstick so as to oppose the masculine climate on set. While their actions are exactly opposite, both are reflective of how women’s appearances are subjected to a different degree of scrutiny and how these women choose to manipulate their projected image. Both are acts of defiance in their own right. My most treasured appreciation is discovering the great freedom of spirit in these women. They possess explosive amounts of sass and fun. They’ll dance, dress up, goof off and create their own secret codes to defy and resist and stay in tune with their true selves, even neck deep in the mud bath that film school can become. It was an honour to help bring it out. 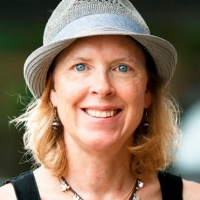 As chair of the Cinema Department from 2015 to 2017, I became aware of deep-seated dissatisfaction among female students and colleagues with their experiences in the film production stream. In 2016, a student took the stage at the annual awards ceremony and challenged us, as a University department, to try harder to imagine women directing films and women behind the camera. She was passionate, and she was angry. I was very pleased to be able to follow up on the challenge presented by that memorable intervention when the opportunity to conduct research into the gendered landscape of filmmaking education arose. The inquiry was in fact initiated and co-sponsored by women in the industry, for whom gender inequities in production funding are equally troubling.

The problems facing women in film education are imprecise, ineffable, and pervasive, with no one in particular to blame. It is the culture itself that needs to be diagnosed on the level of the classroom, the film set, and the University, before we can learn how to change it. As a film studies scholar, I have written extensively about representations of women and about the work of women directors, but my research had never before gone beyond the historical analysis of moving image media to the conditions of production in the present environment. This has been a valuable opportunity to learn more about the difficulties facing my colleagues in film production.

From the photo stories collected from women attending film school, it is evident that their experience as budding filmmakers is deeply embedded in a host of other issues facing any young person attending University for the first time, and separated from their family. Many of them are additionally overwhelmed by the experience of being an immigrant, or by learning about their own sexual identities and how to be in the world alone. The hierarchies of film production methods, alongside the peer review process, and the competitive framework of the academic milieu, can make a stressful situation even more so.

I was surprised to learn that a great deal of anxiety for female students seems to be channeled into self-consciousness about their appearance and clothing choices. No doubt many male students have similar concerns about their appearance and style, but for women it seems particularly acute, perhaps because they have no reference image for what women look like behind the camera, on the film set. Young people go into filmmaking because it is a creative industry, but what they find at film school is that it is also a very social practice, and their success is deeply connected to how they can fit in and at the same time assume leadership roles and earn respect from their peers.

Within the anxieties and stresses revealed in this research are also important, glowing moments of satisfaction, pride, and empowerment. The challenge of earning respect is often also the challenge of overcoming shyness, and I am very grateful to the women who have shared their stories for the purpose of changing the composition of this gendered landscape. We still have much to learn before the image of the woman behind the camera or directing a large crew is normalized. 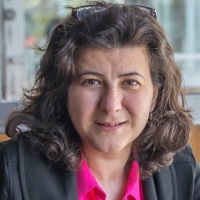 I am currently a Professor in Geography, Planning & Environment Department at Concordia, specializing in economic geography, with a long-standing interest in the social and spatial organization of cultural industries.  My past work within economic geography has entailed research on New York City fashion, Montreal fashion, Montreal fur and the Montreal circus arts industries, among others. And a critical realization that emerged from this research was the highly exclusionary and hierarchical nature of cultural industries, both by gender and race.

In my research on Montreal fashion and fur industries, for instance, my research pointed to how women designers in apprentice positions have often been marginalized, as clothing production assumes a gendered division of labour and there is often a business-design or manufacturer-design divide that falls along gender lines, with fashion design coded as feminine.

Initially, this was somewhat surprising, given the presumed creativity, flexibility and unconventional nature of the production process in cultural industries – a process which has given rise to a number of women ‘star’ designers.  Indeed, such industries have been lauded for their openness, as they have long epitomized freelance and ‘independent’ employment.  But securing a ‘contract’ or ‘project’ is no easy endeavour as it requires an expanded social network, or (‘know-who’) and conditioned by social hierarchies, with women and minorities often lacking the opportunities and existing connections.

The photo essays point to many of these challenges that are endemic to cultural industries, including film. And how gendered divides permeate not just industry dynamics but often the norms and practices within training or apprentice settings. This is probably most evident in the setting of the university ‘film set’, where different roles and expertise are negotiated through performative tactics (including dress) in the face of more structural constraints. And where other spaces (e.g. familial settings beings used for shoots or spaces outside the ‘set’ being used for ‘personal’ time) become the places of respite and social reproduction/support.  A key theme in the essays is the movement of students through different spaces and the different social constitutions of such spaces, and how these movements provide time for social bonding and reflection as well as the foundations for alternative networks that counter – and indeed, can work to challenge – the more rigid constitution of the ‘conventional’ set. The essays present both the anxieties of women in film but also their proactive struggles against the status quo - struggles that presage the frictions that will define the future professional film set.