Sir George Williams Fine Arts began renting Académie Bourget in 1973. The building was completed about 1915 when the sisters of the Congrégation de Notre Dame began teaching there; they lived in the attached residence. 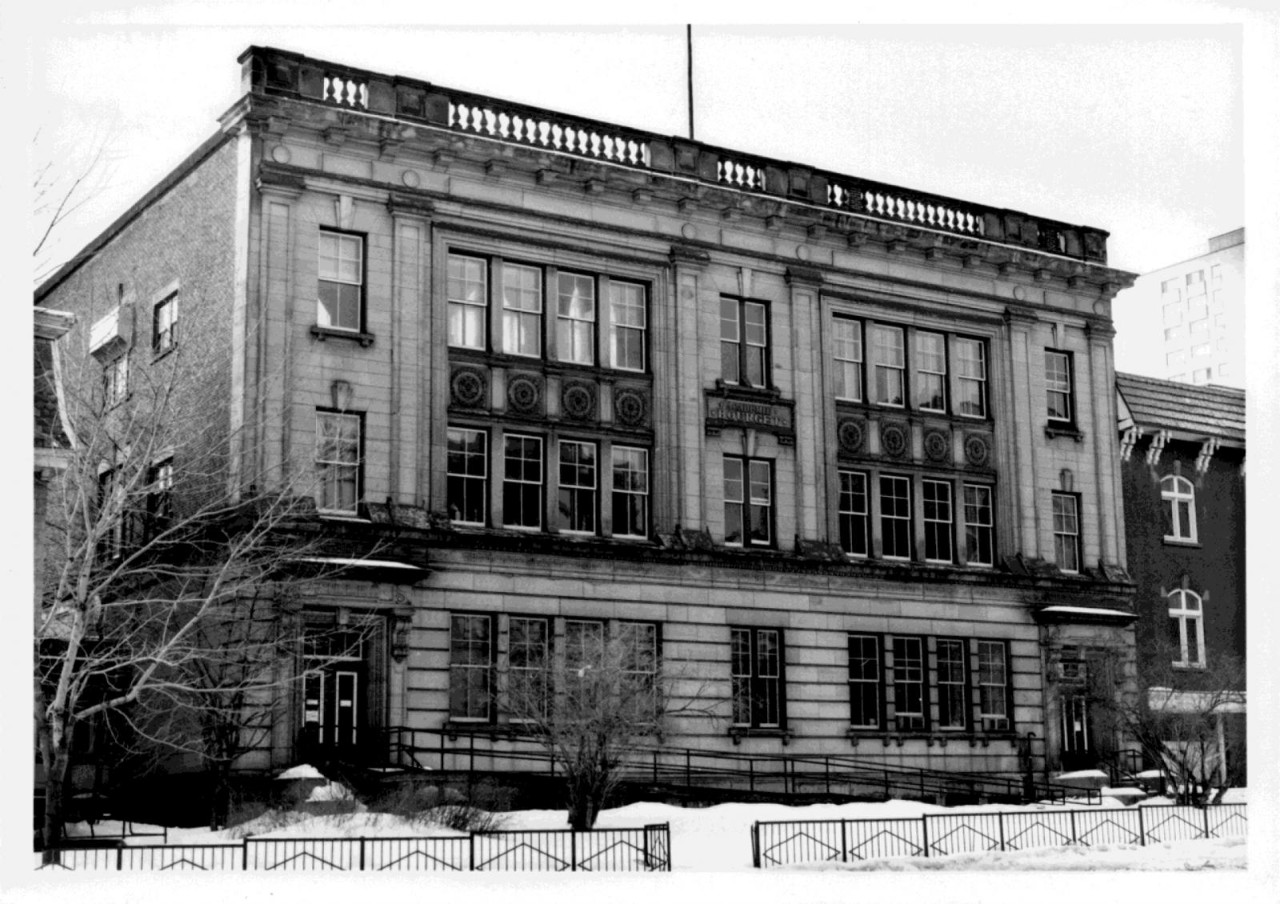 It remained a public school until the early 1970s. It features cherrywood floors, ceramic tile, terra cotta walls, and marble washrooms. By odd coincidence, both Loyola College and Sir George Williams used these facilities, though separated by many years. Montreal‘s School of Sociology and Social Work had been founded in 1918, a joint venture between the Catholic Service Social Guild, Université Laval’s Montreal branch (soon to be Université de Montréal), Loyola College, and the Sisters of Notre Dame Ladies‘ College. The School trained Catholic social workers; it came under the jurisdiction of Loyola in 1920. It was then that the Catholic School Commission granted the School of Sociology the use of space in Bourget Academy for the lectures that were held three evenings weekly. In 1921, the School graduated six trained social workers, thought to be among the first in Canada. The Université de Montréal conferred their degrees through Loyola College. The Loyola records contain no further mention of the school after May 1929. Concordia expects to rent this space until 2006.