The Loyola Campus Centre was designed to be a “student-run building, for students” although it was owned by Loyola College. It followed six long years of discussion and negotiations between the students and the College. 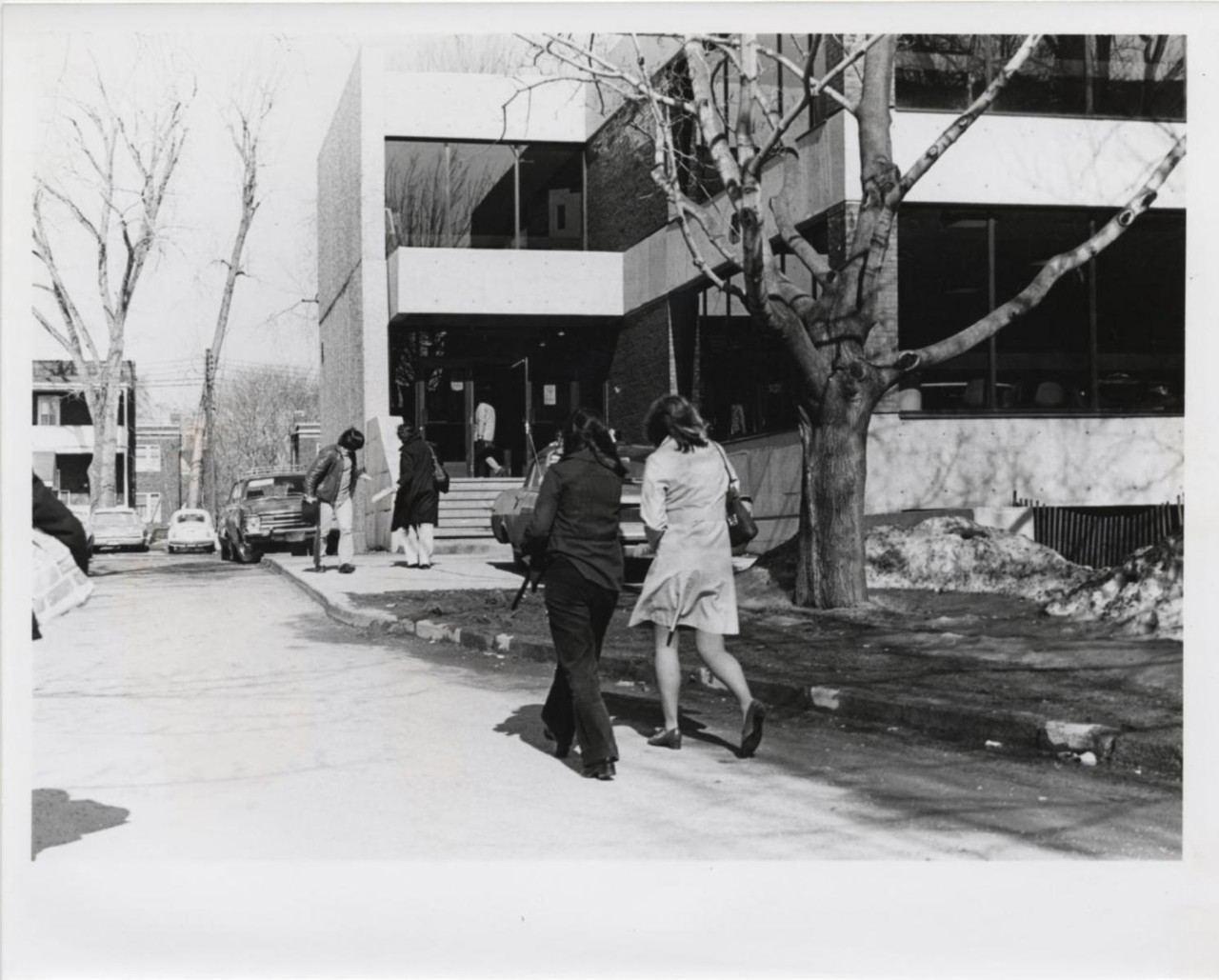 Lillian Vineberg, Chairperson of the Task Force on the Revitalization of the Loyola Campus, 1997-98, and Chairwoman of the Board of Governors 1999-2003. I049

The ground-breaking ceremony took place on December 14, 1971. The building was built in 1972-73, of reinforced concrete with brick facing. It was funded by student body contributions, the college, and a special Alumni fund-raising campaign. The building was on the west edge of the campus, near the Vanier Library and it cost $777,000 to plan, build, and furnish in trendy orange and brown. The Campus Centre was in full operation in November 1973, and it included lounges, music-listening facilities, a games room, a snack bar, and The Wolf and Kettle, a student pub, named after elements in the Loyola crest. The pub was later renamed The Hive. In 1998-99, renewed use of the Campus Centre was part of a program to revitalize the Loyola campus, including a “Revive the Hive” campaign.