The Social Sciences and Humanities Research Council of Canada has funded two research projects at the Centre for the Arts in Human Development. The first research project, titled Establishing effective creative arts therapies assessments for adults with developmental disabilities, was conducted between 2001-03. The second project, titled Performance-based research: changing perspectives on developmental disabilities through ethnodrama, was conducted between 2006-08.

The Centre continues to innovate and explore the possibilities of the creative arts with smaller research projects, such as assessing the efficacy of using the arts to improve social skills for children with ASD; looking at the link between signing and wellness for adults with ASD; or addressing the needs and experiences around sex education for adults with developmental disabilties.

Assessments in the Creative Arts Therapies 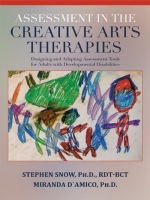 Over a three-year period from 2001-03, research was conducted to adapt or create assessment tools that would use the creative arts modalties and be applicable to adults with developmental disabilities. Assessments in Art Therapy, Drama Therapy, Music Therapy, Dance Movement Therapy and Sandtray Therapy were developed and evaluated. Extensive information about this research can be found in the book, Assessment in the Creative Arts Therapies: Designing and Adapting Assessment Tools for Adults with Developmental Disabilities, Edited by Dr. Stephen Snow and Dr. Miranda D'Amico. 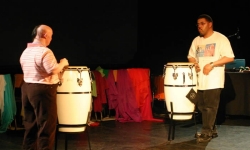 The present research examined the effectiveness of an adapted version of the Program for the Education and Enrichment of Relational Skills (PEERS®) with a group of 14 adolescents with Autism Spectrum Disorders and social skills deficits. Social skills were measured using the Social Skills Improvement System-Rating Scales (SSIS-RS) (Gresham & Elliot, 2008) and the Quality of Play Questionnaires (QPQ) (Frankel & Mintz, 2011). Post-tests indicated significant increases in assertion on Student Forms of the SSIS-RS, and improved quality of play. Follow-up tests indicated significant overall improvements on the Student Forms of the SSIS-RS, and the conflict measure of the QPQ. Findings indicate a general improvement in social skills at post-test with statistical significance seen at follow-up. A concurrent support group for parents/caregivers was offered to all participants in the research.

Dr. Stephen Snow, during his sabbatical, completed a portion of the research on dramatic ritual performances whose central purpose is healing. In December 2015, he videotaped an all-night performance of the Sanni Yakuma dramatic ritual in Southwest Sri Lanka. He also interviewed a dance master in this tradition and a young dancer who is studying it. He made contact with health professionals in Sri Lanka who wish to collaborate with him on this research.

A small follow-up research study was conducted over 12 weeks in the winter of 2015. Previous research showed significant social skill development for children on the autism spectrum through their participation in a drama therapy group. This follow-up study was offered to children who had previously received a social skills focused art therapy group.  Parents participated in a concurrent informal information and support group.

This initiative explored how the creative arts therapies program offered by the Centre for the Arts in Human Development facilitated the communication abilities in its clientele. Through the initiative of the Centre's Dance/Movement Therapist, Joanabbey Sack, and in collaboration with speech therapists and researchers Ruth Gesser and Karen Evans, several partcipants from the Centre's regular program had their communication skills assessed at three intervals to determine if change had taken place. 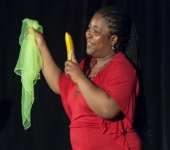 This project was brought to fruition under the guidance of Dr. Stephen Snow, Co-Director of Research at CAHD. Data collection began in January 2014 under HREC Ethics Certificate 30002572. This was the third application of the ethnodrama methodology utilized by Dr. Snow with the participants at CAHD. Interviews, focus groups, Playback Theatre and all the arts modalities were used to collect information on the participants’ (Group 9) experiences of multiple forms of relationships: including family, friends, romance and sexuality. Material from all of these group processes was used to build the ethnodrama script that was validated by the “informants” in May and, subsequently, given the title of “The Amazing Adventure of Relationships.” Part of the purpose of the project was also to explore the participants’ experience of sex education. A professional sex educator was brought in to facilitate two workshops. This eventually became part of the play script. In May and June, 8 graduate students undertook independent studies on the project and also served as researchers and volunteers for the performance. Their resulting papers have been archived at CAHD. In June, the ethnodrama was performed for four separate audiences: peers, professionals in the field, family and friends, and the general public. A post-performance forum was held with each audience, to collect data on their experience of the play and their attitudes towards sexuality within this population. Over 250 questionnaires and their response were collected from these audiences and will be analyzed for the future publication on this research. Initial feedback suggests groundbreaking work was achieved and that a genuine conversation on the topics of romance and sexuality in the lives of adults with developmental disabilities was initiated

Singing and wellness for adults with Asperger’s Syndrome

Dr. Laurel Young (Assistant Professor of Music Therapy) conducted a research project at the Centre for the Arts in Human Development–the main purpose of which was to  investigate the impact of a structured weekly singing group on the health and well-being of adults with high functioning autism or Asperger's syndrome. Although previous research has indicated that singing can have positive outcomes for the general population (i.e improved mood, increased self-esteem and confidence, increased feelings of well-being, improved respiration, positive impacts on the immune system, etc.) the relevence of these findings for persons with unique needs and potentials had not been fully explored. It is hoped that the project will be the first of several that will aid in the development of specific models of singing/vocal techniques that can be used in clinical and non-clinical (i.e. community) contexts with individuals who have a variety of complex or special needs. There were eight individuals who were recruited in partnership with the West Montreal Readaptation Centre. Graduate music therapy students led the group sessions, with the researcher/observer onsite. Preliminary results for the pre and post interviews have indicated very positive results. 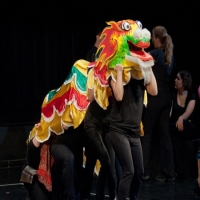 Using the technique of ethnodrama, in the Centre for the Arts in Human Development explored the meaning of culture in the lives of people with intellectual and developmental disabilities. Over a six-month period, participants at the Centre, who have intellectual and developmental disabilities, acted as co-researchers in this process. The culmination of this process resulted in the performance, Our World: A Musical Ethnodrama, which was performed in front of audiences in June 2012.

Creative Arts Therapies for children with Asperger's or High-Functioning Autism

Dr. Miranda D'Amico, Co-Director of Research, conducted a research project at the Centre implementing a therapeutic intervention using the Creative Arts Therapies model to evaluate its efficacy on the social skills and problem behaviors of a group of preadolescent children, aged between 10 and 12,with Autism Spectrum Disorder (ASD). Two groups of 6 children each were offered either art therapy or drama therapy for 21 weeks on Saturday mornings. The project also offered a concurrent support group for the parents of the participating children, wherein they had the opportunity to address their concerns or issues related to their child's behaviors, development and education in a supportive environment. The children were recruited in partnership with the West Montreal Readaptation Centre’s Children’s Services Department. A professional art and drama therapist were hired to run the groups with a graduate student in art therapy and drama therapy co-leading the sessions with them.
The objective of this project was to provide a therapeutic setting for the children to discuss some of the difficulties they experienced in their social interactions, whereby they have the opportunity to develop a better understanding of appropriate ways to respond in social situations. By using expressive modalities in a group context, the children were able to develop and practice social skills, experience positive social interactions, and manage their problem behaviors with other individuals who share similar experiences.
All the appropriate ethics standards were followed and the preliminary research analysis of the self-reports from the children and the parents, as well as the clinical notes from the therapists indicate that this approach was successful in being effective in fostering improvement in social skills in these children. Implications for the research of this pilot study are that the creative arts therapies can add another much-needed therapeutic method in the autism field to address the important development of social skills for children with autism, especially before they enter high school.

This research, conducted in 2009, assessed the impact of a documentary video developed through the research on performance ethnography on attitudes towards people with developmental disabilities. The 30-minute documentary was presented to 222 students at five schools in the Lester B. Pearson School Board, giving them an opportunity to empathize and understand what it is like to live with intellectual disabilities and to provide an educational experience in de-stigmatization, tolerance and social inclusion.There was also a question and answer period after viewing the film with some of the actors. The research was conducted through anonymous pre- and post-test questionnaires which were analyzed to see if there were any differences in reported attitudes toward people with developmental disabilities.

This project assessed the impact of a nutrition education program on a group of people with developmental disabilities. Questionnaires were administered to the group before and after the experiential seminars, which took place weekly over a 4-month period in 2008-09. The analysis of these results is being conducted.

The efficacy of the Creative Arts Therapies with individuals who have been given a psychiatric diagnosis was evaluated over a two-year period. The research showed that individuals participating in these therapies felt it was a positive experience that provided new motivation and interaction with others.

Adolescents identified as being "at risk" were selected to participate in a one-year project in 2005, involving group drumming to address anger management, reduce stress, enhance motivaton and promote group cohesiveness. The efficacy of the intervention was studied.