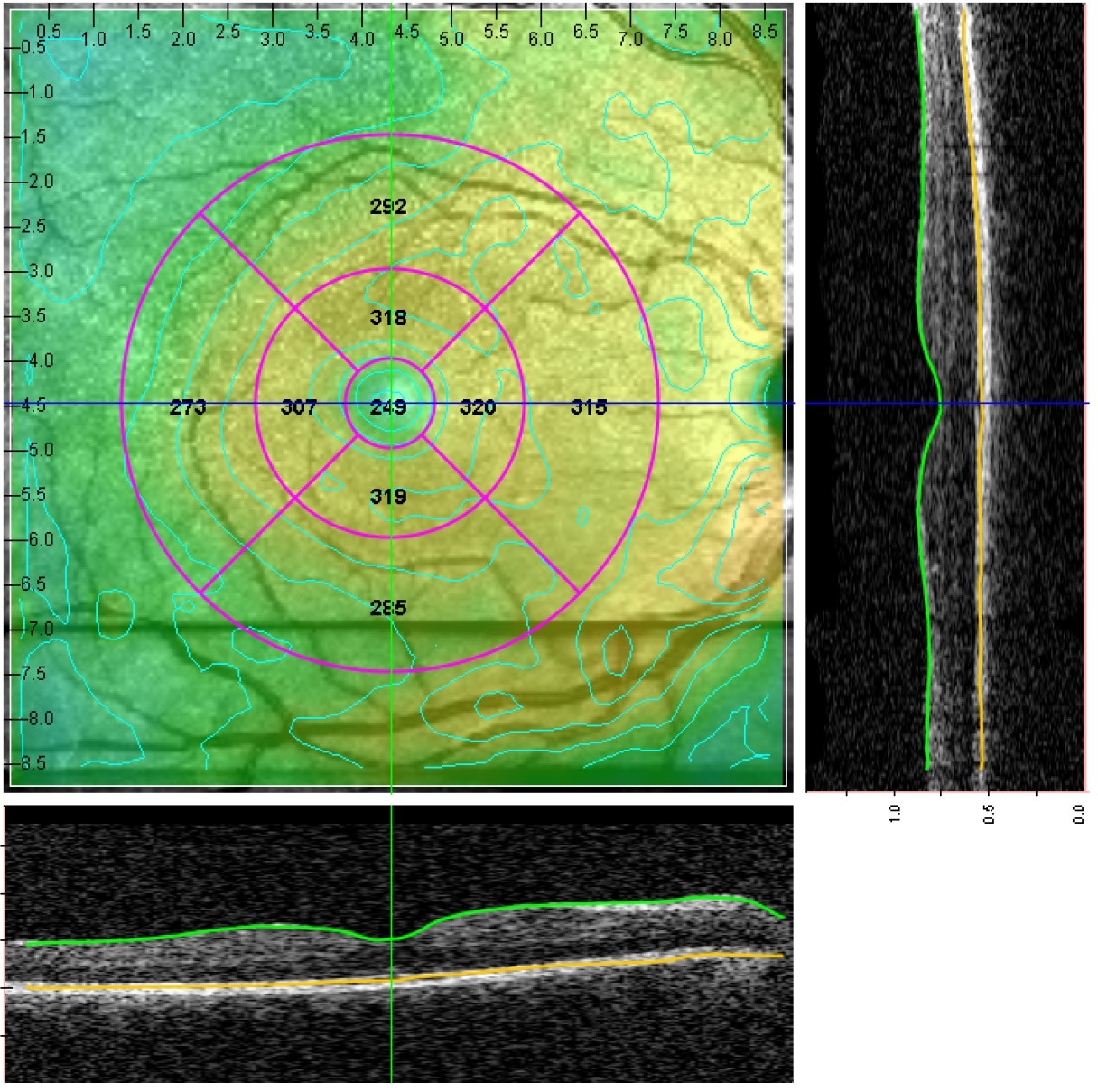 How a simple eye scan could tell us about age-related cognitive decline.

Currently, an anatomical diagnosis of Alzheimer's disease (AD) is only possible post-mortem. Several studies have identified retinal changes post-mortem in AD, and ocular abnormalities in the eyes of probable AD patients. Critically, none of these changes have been identified as reliable biomarkers. AMD is easier to diagnose and monitor using optical coherence tomography (OCT). OCT is a non-invasive, high-resolution method that can produce cross-sectional images of the retina. Drusen can be characterized based on morphologic parameters such as shape, reflectivity, homogeneity and overlying hyper-reflective foci. Preliminary research has shown that drusen area, core, and mid reflectivity are correlated with later stages of AMD. To date, these drusen characteristics have not been investigated with respect to cognitive impairment and AD. Given that drusen contain beta-amyloid, and the core structures seen on OCT resemble the vesicular structures known to be formed in drusen and senile plaques, this project aims to establish whether drusen characteristics could be related to cognitive impairment in early stages of the disease. This open access database will be useful to eye-care practitioners, rehabilitation-service providers and researchers for research purposes and as a teaching tool. Research from this resource could lead to the identification of markers to diagnose individuals at risk of developing cognitive impairment or progressing to later stages. The data could also lead to the development of new rehabilitation strategies better suited to the needs of patients with visual and cognitive impairments.