Bishop Court Apartments was an early luxury apartment building, built in 1904 for about $50,000. It is a Queen-Anne style building of rough-hewn red Scottish sandstone, with contrasting stone trim and decorative plaques and medallions. 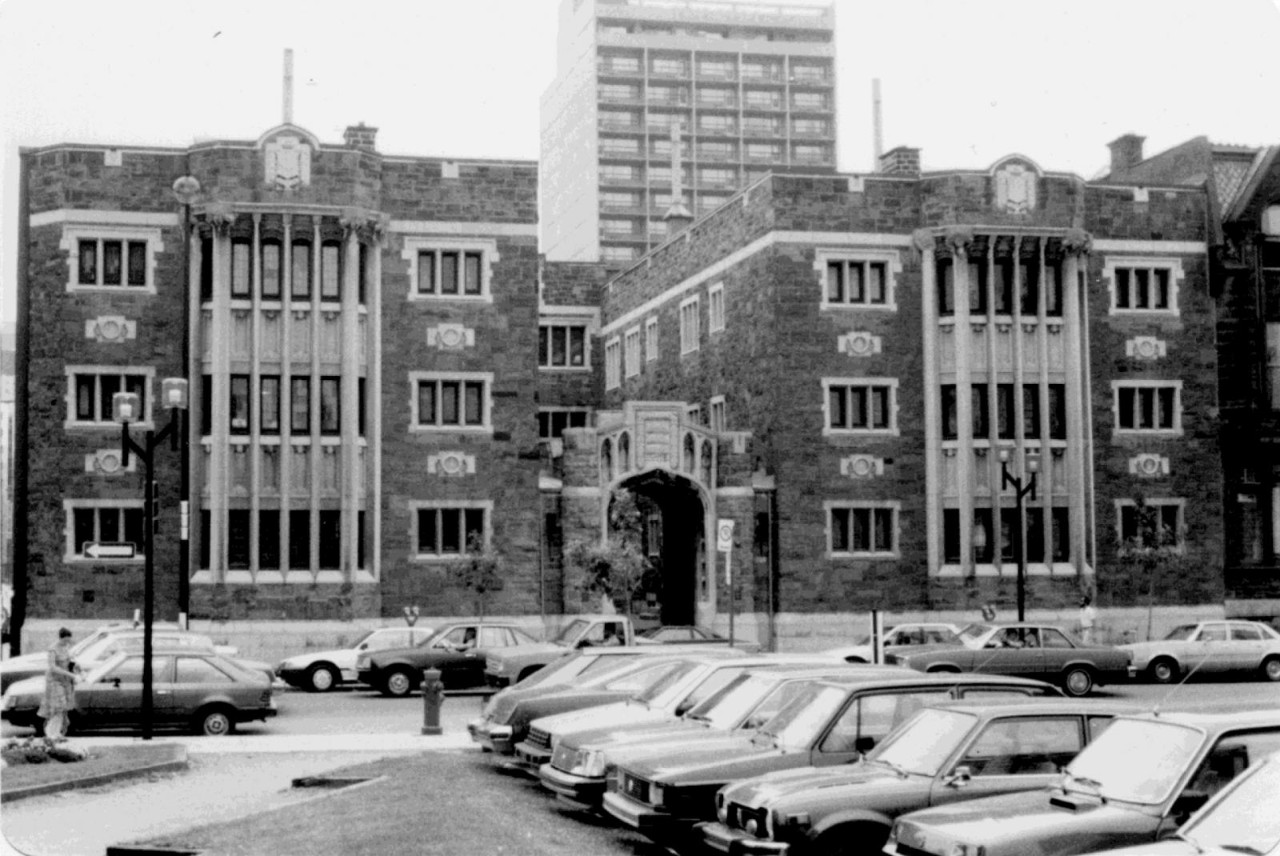 The building is U-shaped with three wings, an open courtyard, and a Tudor-style stone archway. The metal grill was added in the 1970s. The interior has dark beams, thick oak doors, built-in bookcases, white marble vestibules, and some remaining leaded-glass windows and fireplaces. Concordia first leased it in 1975. It was classified a historical monument in 1976, but not limited to residential housing. The 1975 renovations were hotly contested at the time, but the University occupation probably saved it from demolition. The building was refitted with a light touch. At a cost of $600,000, ten-foot ceilings were lowered to provide space for ventilation and light fixtures, bathrooms and kitchens were removed to create offices, and indoor links between the wings were added. Senior administrative offices moved into Bishop Court in 1976. Concordia purchased this historic building in February 1981, and in 1995 some major repairs were done, including the placement of a new flower box in the courtyard where originally there had been a fountain, now long lost.