After the fire at Ste-Catherine and Bleury, the Jesuits moved Loyola west in early 1898 to the vacant Tucker School on Drummond south of Ste-Catherine, immediately adding a new wing that summer. 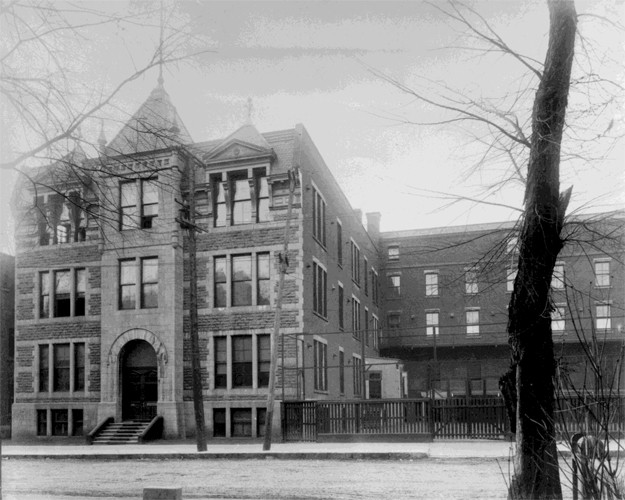 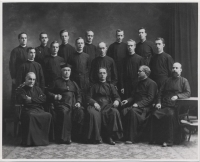 Loyola was incorporated in 1899, but its bid to obtain a university charter was struck down and, like Collège Ste-Marie, its degrees had to be conferred by another chartered institution. Loyola would continue to try for its own charter but without success, so all Loyola’s degrees were officially conferred by Université Laval, and later Université de Montréal. On January 5, 1900 Loyola purchased the 50-acre (20 hectare) Decary Farm far west among the farms of Notre-Dame-de-Grâce for $25,297.10 1/2. It was rich farmland, with an orchard famous for apples and Montreal melons. Money was in short supply so it was only when space became critically short in 1913 that architects Peden & McLaren developed a master plan for the new campus. In the fall of 1915, 21 boys were the first to leave Drummond for the west end. The rest followed in 1916. Tucker School became a military convalescent hospital, an army barracks, then an apartment building. The LaSalle Hotel was built on the site, and it is now the Hotel Europa.