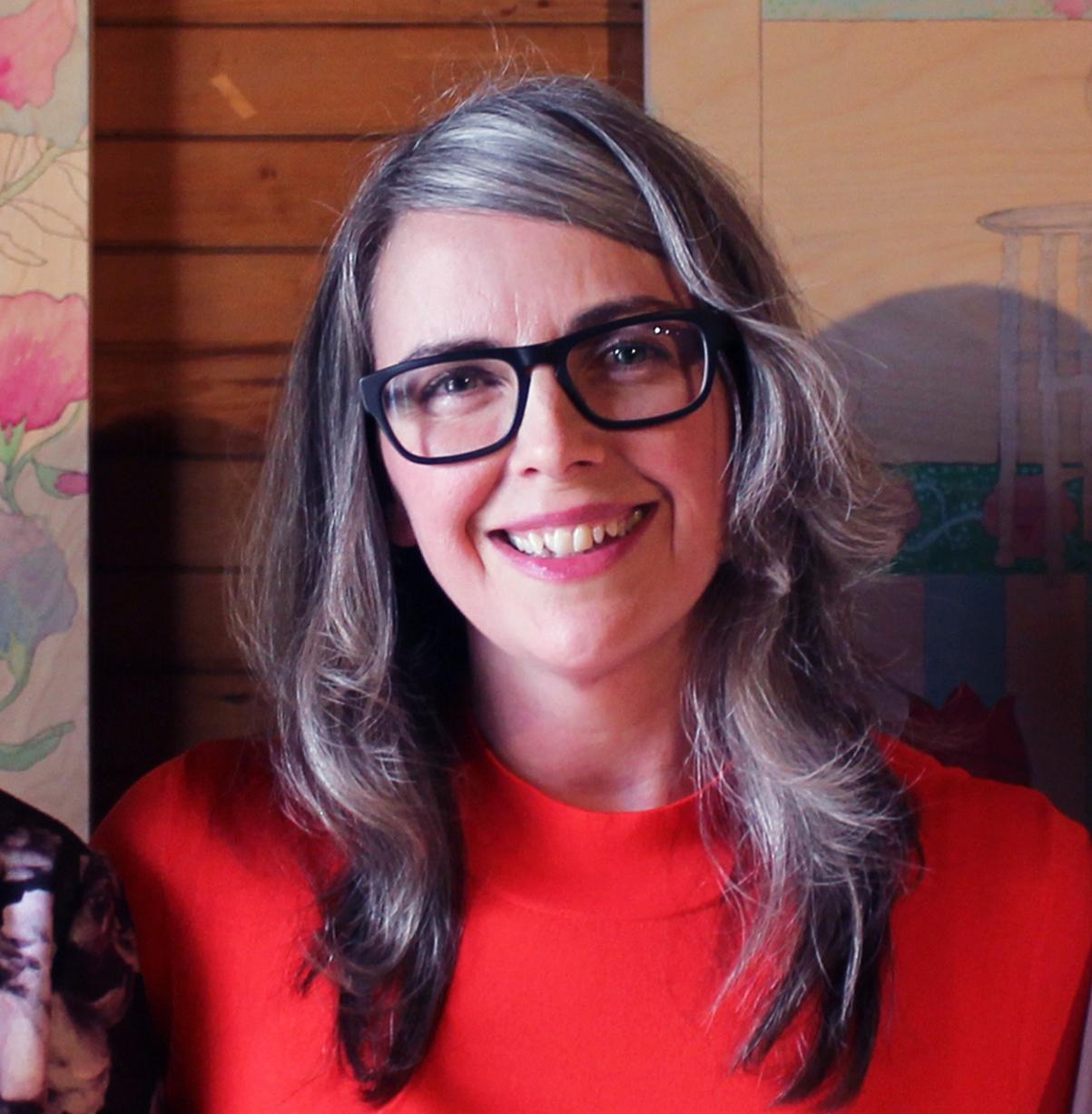 Dr Cynthia Hammond was born in 1969 in Hamilton, Ontario. Her parents, new immigrants to Canada, were settler-colonials from New Zealand. Hammond first studied painting, sculpture, and art history at McMaster University in Hamilton, and went on to do her MA in Art History at Concordia, graduating in 1996. She then graduated from Concordia University's Interdisciplinary Doctoral Program in 2002, winning the Governor-General's Gold Medal for her doctoral dissertation in that year. After teaching at the University of Western Ontario and at Carleton University, Dr Hammond held the first SSHRC-funded postdoctoral fellowship at the School of Architecture, McGill University from 2004-06. After being hired by Concordia's Department of Art History in 2006, she became Chair of that department from 2013-16. Dr Hammond is presently the lead Co-Director of the Centre for Oral History and Digital Storytelling (COHDS).

Dr Hammond is passionate in her teaching, research, and art. Feminism is central to her interdisciplinary practice and method, and to the way she researches and teaches histories of the city. Dr Hammond's research and creation address the roles of women, animals, and biological life in shaping designed landscapes and the built environment, focusing on exclusion, access, and agency. Her publications have explored a wide range of topics, including the history of architecture, installation art, photography, as well as the politics of public history and the notion of collective heritage. Dr Hammond's work, whether as a historian, artist, or interdisciplinary worker, is always grounded in the specifics of a given place, or site, and the living knowledge of residents, citizens, and occupants of different kinds. She explores this method in her 2012 book, Architects, Angels, Activists, part of which may be downloaded here.

Between 2014-16 Dr Hammond received three "Curriculum Innovation" awards for the Right to the City, cross-disciplinary teaching initiatives in the postindustrial neighbourhood of Point-Saint-Charles. Working with colleagues in Oral History (Dr Steven High), Theatre (Dr Edward Little) and Art Education (Dr Kathleen Vaughan) Dr Hammond developed place-based, community-engaged learning that combined the study of urban morphology, life stories, and creative responses to the neighbourhood. In 2015 Dr Hammond was honoured with an Outstanding Contribution to Student Life award, and in 2017 she received the Faculty of Fine Arts Teaching Award. In 2018, Dr Hammond received a SSHRC Partnership Engage grant to support a one-year creative collaboration with the Atwater Library, the Living History seniors group (with co-applicant Dr Shauna Janssen). The resulting two public artworks will mobilize oral history and place-based research and creation in an intergenerational exchange. In 2018 Dr Hammond was awarded the Concordia University Research Award, in the category of "The Person and Society".

Hammond's first book, Architects, Angels, Activists and the City of Bath, 1765-1965: Engaging with Women's Spatial Interventions in Buildings and Landscape (Ashgate 2012) explores cultural memory and public history in the world-renowned city of Bath, England, one of the few cities in the world to have been given World Heritage Status by UNESCO. Hammond approaches the past with the methods of the architectural historian and the site-specific interventions of the contemporary artist. Looking beyond and behind Bath's strategic marshaling of its past, and its reiteration of male architectural heroes, Hammond presents the ways that women of all classes shaped the built environment and designed landscapes of one of England's most architecturally significant cities. This book is also an intervention into the city's public memory. The author uses site-specific works of public art as strategic counterparts to her historical readings. Through them, she aims to transform as well as critique the urban image of Bath. At once a performative literature, an extensively researched history, and an alternative guide to the city, Architects, Angels, Activists engages with current struggles over urban signification in Bath and beyond. 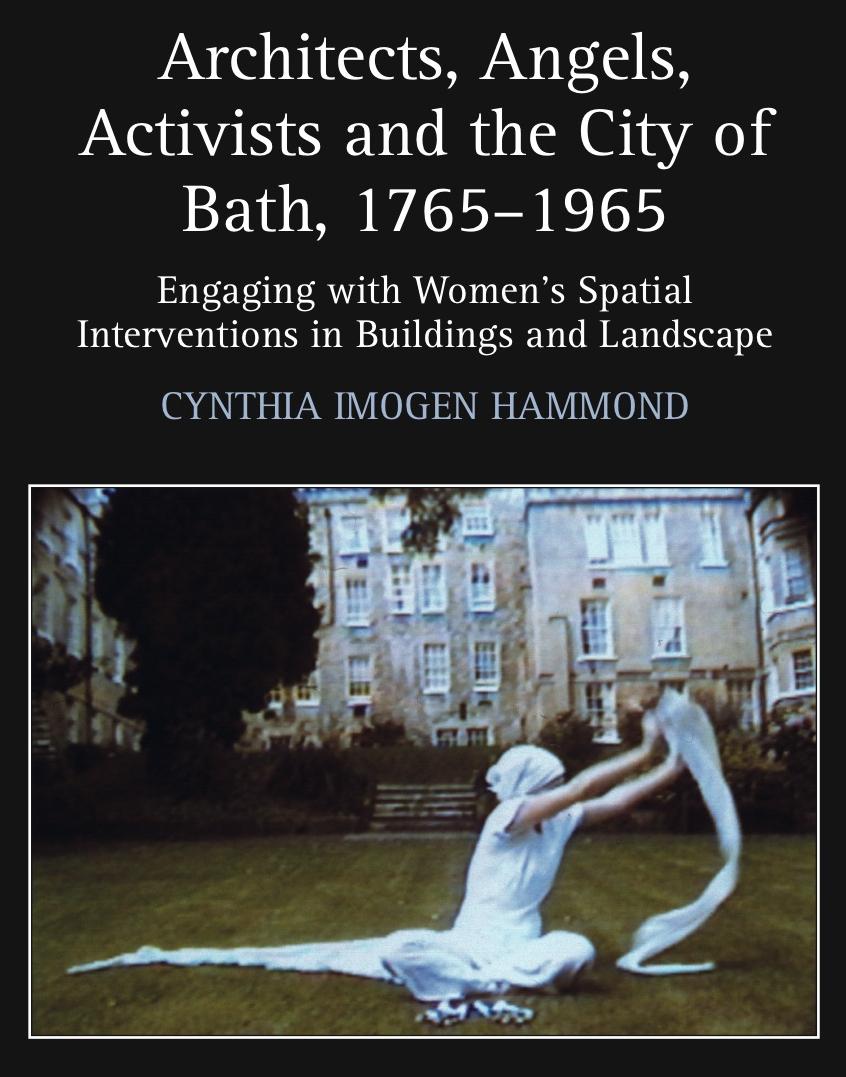 Many of Prof. Hammond's publications can be downloaded from: https://concordia.academia.edu/CynthiaHammond. For the full list of her publications, please see her CV.