Unlocking the healing power of creativity

“Even though my father didn’t talk much about the war, he captured his pain on paper”
|
By Bronia Zaks, BA 84, GrDip 96
Source: Concordia University Magazine 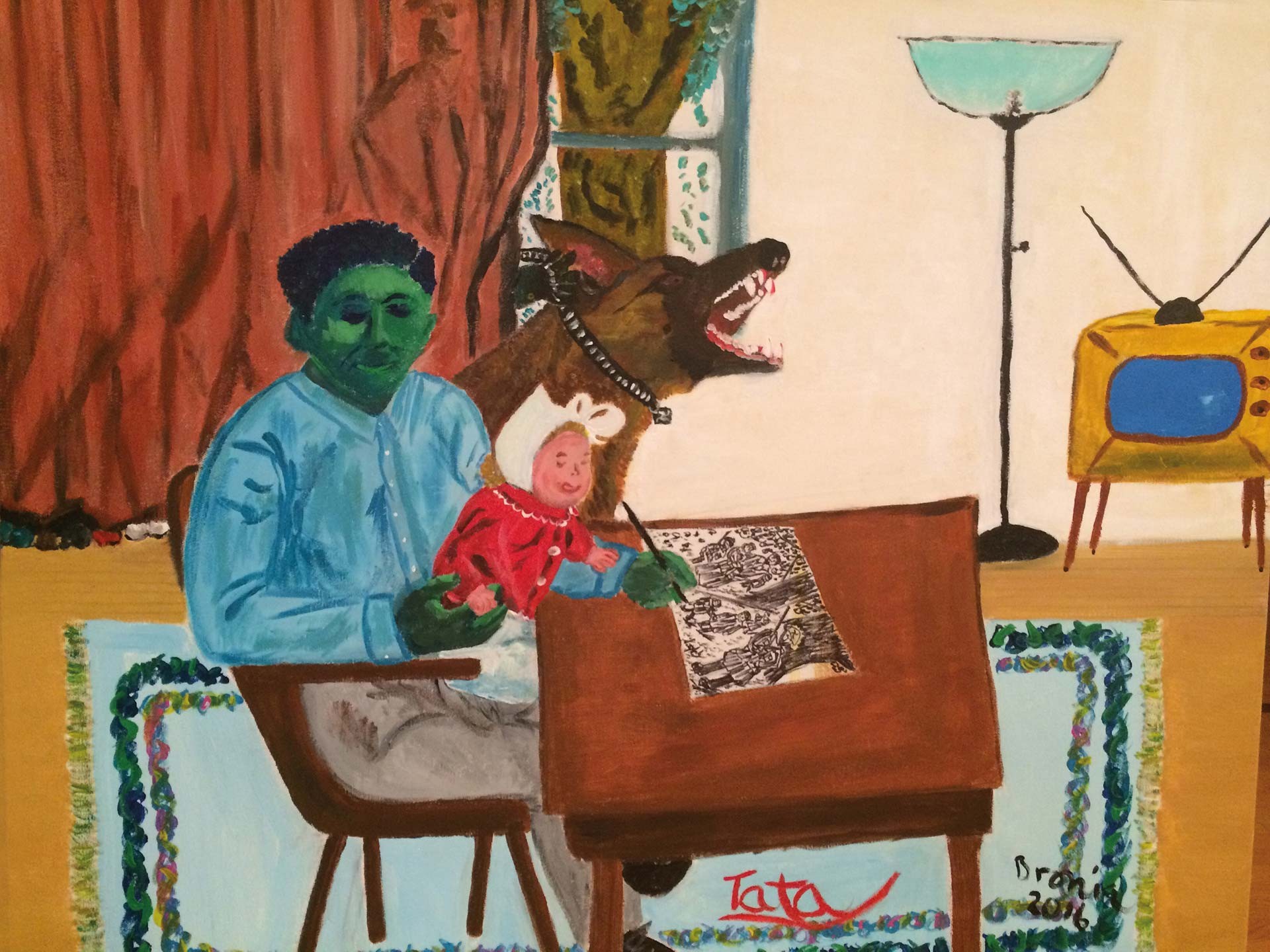 My parents were Holocaust survivors.

My father, Ignacy (Issak) Zaks, enlisted in the Russian army in 1939 with his two brothers. The Germans captured and placed them in a prisoner-of-war camp for Russian soldiers, where they had to conceal their Jewish identity to survive.

After a daring escape, they returned to Będzin, Poland only to find that the family home had been destroyed. The Jews of Będzin — a once-vibrant community of more than 20,000 people — were gone. Most perished in Nazi death camps, my father’s extended family included.

My mother, Barbara (Relica) Cuperman, was born in Romania. Under tragic circumstances, she was separated from her family at the age of 16, when the Jews of her town were forcibly deported.

My mother had gone to buy doughnuts at the train station. When she heard the whistle, she thought the train had arrived — but it had just left, with her mother and four siblings on board. With no one to take her in, my mother decided to travel to Russia on foot, under cover of darkness. She subsisted on scraps of garbage scavenged along the way. She never saw her mother again.

After my mother found work in a Russian hospital as a nurse, she met my father. They wed and moved to Wałbrzych, Poland in 1946, where my sister, brother and I were born. In Russia, my mother had reconnected with her own brother and sister. Another sister, who had relocated to Montreal, sponsored our family to come to Canada (yet another brother emigrated from Israel).

Learning that zlotys (Polish currency) were not worth much outside of Poland, my father bought three large cases of vodka to barter. Along with dishes, a sewing machine, two carpets and some clothes, we boarded the M.S. Batory and arrived in Montreal in June 1960. We had never heard a word of English.

My father never spoke much about the trauma he endured. But he liked to draw. One work he created was a haunting scene of Nazis marching Jews through a forest. It wasn’t until I was older that I realized that even though my father didn’t talk about the war, he captured his pain on paper.

My own artistic side led me to enrol as a Fine Arts student at Concordia at the age of 19. While my career path ultimately took a different turn, like my father, I found myself harnessing my creativity to process difficult emotional subjects.

A canoe trip I took in Ontario’s Algonquin Provincial Park in 1987 partly inspired me. Two German medical students were part of our group. As we sat around the campfire one night, I told them I was a Polish Jew and asked them what their fathers had done during the Second World War. They said they had been medics; healers, not oppressors.

I was relieved but couldn’t help but wonder what would I have done if they had answered differently. Meeting these two young men helped me break through a lot of the fear that had shackled me for much of my adulthood.

Suddenly, I could see them for who they were: students experiencing the Canadian wilderness before returning to medical school. The painting this prompted me to create shows us waiting for our campfire breakfast, while a death train weaves itself through the park’s treetops.

Another painting I made also had a significant impact on me. Tata depicts my father balancing me as a baby on his lap, while he draws in our living room. A Nazi guard, hiding behind a curtain, holds a snarling dog by a leash while children’s shoes peek out from the bottom.

In 2016, this work was admitted to the digital collection of the U.S. Holocaust Memorial Museum, along with all of my father’s drawings. Art — and time — really can heal.

— Bronia Zaks is part of a family of Concordia alumni that includes her husband, Asher Waldman, MEng 86, and son, Daniel Waldman, BComm 18.