Three of the Concordia grad's plays open in Montreal this year and next
|
By Ursula Leonowicz
Source: University Advancement

Giuliano Fiorilli and Toni Ellwand doing a reading of The Chain, written by Vittorio Rossi, BFA 85.

One of the first plays Rossi ever saw was at D.B. Clarke. “It was a third-year graduation production of a play called The Hot l Baltimore. It was such a great production it convinced me that I wanted to study here, if they were doing work on that level,” he said.

“I got lucky as a young theatre student because all the plays I was cast in were at the D.B. Clarke, which was like Broadway for me. That gives you a hell of a lot of confidence moving forward, as a young wannabe actor.”

The young, wannabe actor did indeed move forward, from his one-act play called Little Blood Brother, which came out in 1986 and won the Quebec Drama Festival’s best new play award, to becoming a writer-in-residence at the Centaur Theatre in 1987, which is when he wrote his first full-length play, The Chain.

Since then, Rossi has gone on to write nine plays and act in a number of plays, television series and movies, including Urban Angel, Omertá, Le Sphinx and Canvas.

It was recently announced that The Chain, which highlights the challenges faced by a first-generation Italian immigrant family and, like much of his work, was based on Rossi’s own family along with its newly written sequel, Legacy, and a revival of Paradise by the River will all be performed this coming year at McGill’s Moyse Hall Theatre.

The Chain will be performed from September 10 to October 6, Legacy will debut in the spring of 2020 and the revival of Paradise by the River will hit the stage next fall. 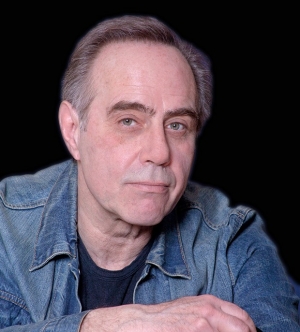 “I got lucky as a young theatre student because all the plays I was cast in were at the D.B. Clarke, which was like Broadway for me,” says Rossi.

As a Concordia graduate and the inaugural Italian-Canadian voice on the English-Canadian stage, Rossi has never strayed far from his roots. Born in 1961 in Ville-Émard, Rossi’s first brush with storytelling came from his father, who he describes as the most powerful storyteller he ever knew.

“He had it tough: he was abandoned by his father, World War II broke out and he got stationed in Egypt, he fought and was almost killed, but was captured by the British who saved his life. He spent four years as a PoW and then emmigrated,” said Rossi.

“When you asked him a question, he always responded by way of a story and they were always so vivid: you saw the visions he saw, felt the feelings he was expressing… it was almost like cinema.”

Other than his father and a particularly special teacher he had in Grade 3 who introduced theatre to her class, igniting a passion in him that would never die, Rossi credits Concordia with giving him the tools he needed to transform his imagination into reality.

“First of all, just basic stagecraft, like what the hell does stage left mean; you learn it there,” he said with a laugh. “But the real value was Jerry Gross. He was one of the teachers in the theatre department at the time. He told us, ‘look, you have this little space here and you can feel free to use it whenever you want.’ It’s there that my first plays were rehearsed, tried out and performed. That experience was invaluable, I can’t stress it enough.”

Rossi thinks the little space in question, the one that used to be known as the Chameleon Theatre at Loyola Campus, is a storage room now but that doesn’t make it any less memorable.

Because it’s where he got his start.

Rossi is giving back by offering Concordia students a special rate of $20 per ticket for Tuesday and Wednesday evening performances of The Chain, as well as for matinées, by using the promo code Concordia online.