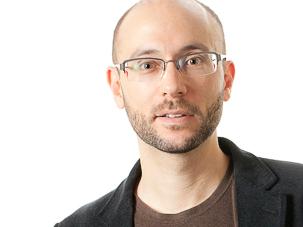 My current research is concerned with how literature reconceptualizes mental process by staging literary characters in embodied interactions with the environment. To help theorize the formation of selfhood and consciousness, I turn to a branch of contemporary neuroscience called embodied cognition. It and related postcognitivist approaches pay special attention to the mind’s formation through sensorimotor engagements with the environment. My new book project explores the consequences of such accounts, arguing that they offer stirring evidence of the environmentally embedded character of our thinking. In so doing, embodied cognition teaches us why literary forms of understanding and knowing are so important to us. The book also deals with a number of hotly debated questions, such as whether neuroscience can offer us frameworks to help us interpret fiction or poetry better; what the historical connections are between twentieth-century psychological literature and the brain sciences; and how we can bridge the sciences and the humanities.

My book Out of Character: Modernism, Vitalism, Psychic Life came out in 2014 with Stanford University Press. The book examines literary characters who test and defy our culture’s models of personal integrity. It argues that modernist writers Henry James, Gertrude Stein, and T. S. Eliot challenge conventional literary, moral, and even psychoanalytic conceptions of character, which encourage the false equation of moral integrity with consistency. Rather than regarding a rigid character as something that inoculates us against the shifting tides of circumstance, James, Stein, and Eliot thought that our ethical existence consists in forming vigorous, dynamic social relationships and learning how to adapt and thrive in a world of mutability. These modernist stake inspiration from vitalist psychology, which enabled them to rethink their approach to presenting literary characters. The book draws out Bergson’s understanding of psychology and perception, which provide new languages for conceptualizing the situational and relational bases of selfhood. Along with William James, Darwin, and Nietzsche, Bergson is obsessed with the question of how to think about life. The modernist writers that these intellectual figures stirred give us sense of what life—particularly psychic life—looks like at its most intricate, complex, and unpredictable. 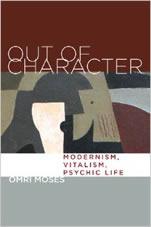