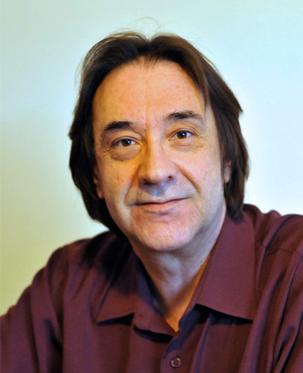 Montreal composer John Winiarz has been teaching at the Music Department, the
Liberal Arts College and the Office of the Dean of Fine Arts since 1979. He teaches a
wide range of subjects, including contemporary music composition, classical music
theory and ear training, the history of Western music, and theory/ear training in the
program of electroacoustic studies.  His approximately 60 compositions for voice,
instruments, and electroacoustic soundtracks often incorporate materials derived from
different cultures, styles and historical periods. His particular interests are in the areas of
microtonality, symbolic music, and directed improvisation. He has presented many
complete concerts of his music under the title "Winiarziana", which feature an eclectic
collection of vocalists, instrumentalists, dancers, and an integrated use of technology.

A laureate of many competitions, including those of the CBC, SOCAN, the Gaudeamus
Foundation (Netherlands) and the Greek Broadcasting Corporation, John Winiarz's music
has been performed extensively in Canada, and at various concerts and festivals in
France, Greece, Italy, Japan and the U.S.A.  In 1991, the Festival Música Nova (São Paulo,
Brazil) invited him to be guest composer, and presented entire concerts of his music in
four different cities.

John Winiarz's compositional training includes undergraduate studies at the University of
Manitoba with Robert Turner, electroacoustic music at the Toronto Conservatory with
Ann Southam, and graduate studies at McGill University with alcides lanza, John Rea
and Bengt Hambraeus. He also participated in the 1990 Darmstadt International Summer
Course for New Music in Germany. Besides having many years of instruction in piano,
he has played guitar, oboe and organ.

John Winiarz is also active in photography, and has exhibited in Montreal galleries. He is
co-director of the J&W recording label and is an enthusiast of the Argentine tango.