Alum Charlotte Baigent wants to change the law for the better

The Rhodes Scholar finalist and law school grad will clerk at the Supreme Court of Canada later this year
|
By Ursula Leonowicz, BA 97
Source: University Advancement 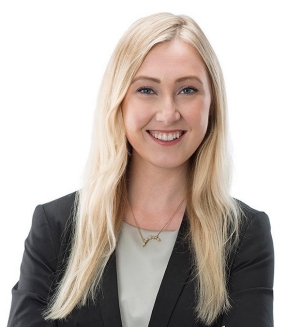 “I chose Concordia for its music program, although my plans changed quite a bit along the way,” says Charlotte Baigent. | Photo courtesy of McCarthy Tétrault

Charlotte Baigent, BA 15 (political science), a recent graduate of the Peter A. Allard School of Law at the University of British Columbia, has consistently shown she has the work ethic it takes to succeed.

Baigent served as a student clinician with the Law Students’ Legal Advice Program at UBC and as ombudsperson for the Allard Law Students’ Society. She was also a coordinator with Pro Bono Students Canada.

“My primary goal at this stage is to learn as much as I possibly can,” says the 2016 Rhodes Scholar finalist. “I would love to be involved in a landmark case that changes the law for the better.”

Last September, Baigent, a Wesbrook Scholar at UBC and recipient of the Carl Bradford Robertson Scholarship and Alexander J. Cohen Memorial Award in Law, started a clerkship with the British Columbia Court of Appeal. She’s slated to clerk for the Honourable Justice Rosalie Abella at the Supreme Court of Canada later in 2020.

“I am overwhelmed with gratitude and excitement,” says Baigent. “It is surreal to have these opportunities to work with and learn from top legal minds at the outset of my career.”

Like Abella, who graduated from the Royal Conservatory of Music in classical piano before law school, Baigent’s first love was music. It’s what initially drew her to Montreal from Vancouver.

“I was attracted to the city first — the culture, the food, the French language,” she said. “I chose Concordia for its music program, although my plans changed quite a bit along the way.”

‘My political science courses sparked my interest in the law’

Baigent wound up with an honours in political science and a minor in philosophy from Concordia. She wrote the Law School Admission Test (LSAT) after graduation and took several months off to travel to Southeast Asia and Australia.

“I really enjoyed my time at Concordia,” says Baigent, a multiple recipient of the Arts and Science Scholar Award. “I was very involved with the university community and had terrific mentors. I ski raced for the Stingers and sang in the university choir. I also volunteered with several of my classmates with Amnesty International and the Centre for Gender Advocacy, and competed on the Model United Nations team.”

“My professors in the political science department at Concordia encouraged me to continue developing my writing skills and pursue post-graduate studies,” she says. “My political science courses also sparked my interest in the law and its ability to operate as a force for change.”

As Baigent prepares to embark on her clerkship for Justice Abella, one of Canada’s preeminent experts on human rights law, she hopes to take advantage of every opportunity to become an advocate for others. This, notes the exceptional Concordia alumna, is what inspired her to study law in the first place.