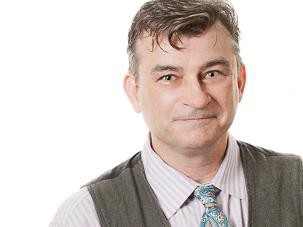 My recent research has focused on transnational and transatlantic Canadian genre and print culture studies, intellectual and academic culture in Canada, and the print culture of Canadian, especially Irish-Canadian, cultural communities.  This has included work on Canadian bibliography and literary and intellectual publishing in The History of the Book in Canada  (volumes two and three), and on Irish subjects both as an editor of previously unpublished essays of George Bernard Shaw and as a contributor of a critical and literary historical chronology to the Cambridge Handbook to Irish Fiction.  These studies have deeply influenced my critical conceptions of Canadian literature and print culture. The easy accessibility of online digital and electronic texts has opened a wide range of primary source materials for Quebec and Canadian studies, and this improved access documents the need for a modification of literary critical approaches to the Canadian literary canon inherited from earlier critical periods in the works of modernist and late 20th-century critics of Canadian literature.

My current work addresses the insistence of these critics on a literary standard, or “literariness” increasingly problematic.  Theoretical approaches to subjectivity and re-evaluation of notions of genre have sensitized recent critics to the necessity for a more nuanced hermeneutics in discussions of colonial-era and early Canadian writing.    Newly electronically-available and numerous early Canadian imprints relating phases of experience and social conditions provide a valuable archive of materials for study across a spectrum of genres, texts and marginalia pertinent both to the study of Canadian literary subjects in general and of those of Montreal and Quebec writing in particular.   The three-volume History of the Book in Canada (HBIC) and the collections of the Canadian Institute for Historical Micro-reproductions (CIHM) available online on Early Canadiana Online (ECO), together provide a wide field of previously marginalised literature, with information on the whole range of what American book historian Robert Darnton has famously termed the “communications circuit.”  The three-volume History of the Book in Canada is highly suggestive, and provides clear methodological models, but the project is not exhaustive. Most notably, HBIC overlooks the important literary production of Irish-Canadians as a group, a lacuna disadvantageous to a full understanding both of 19th-century Canadian literary culture and of Montreal and Quebec English-language literature more specifically. My current work addresses this subject.


“Environmentalism and Imperialism in Agnes Deans Cameron’s The New North” in This Elusive Land: Canadian Women and the Environment. University of British Columbia Press, 2004.

Britons in the New Dominion Race and nationalism in Victorian Canada.
The History of the Irish-Canadian Book: Irish Print in Early Canada.
The Home Circle: Facsimile Edition with Critical Introduction and Notes.


“Britons in the New Dominion: British Canadian Hybridity and Canada as Refuge from Sectarianism.”  Presented at the University of Edinburgh Centre for Canadian Studies 31st  International Conference, Edinburgh, UK, May 2008.

Other conferences and papers delivered


“Canadian Intellectual History” and “Religious Publishing in English.” History of the Book in Canada Volume II (1840-1918) Conference, University of Regina,August 2003.


The Bibliographical Society of Canada Annual Conference, McGill University, May 2001.


“On the Genealogical Classification of Languages.” Delivered at the XIVth International Conference on Historical Linguistics, University of British Columbia, August 1999.


“National Identity, Otherness, and the Science of Ethnology in the Literature of Victorian Ireland.” Delivered at the University of British Columbia Identity and Alterity Conference, March 1997.