A pioneering artist, a philanthropist and 3 nationally recognized business leaders recognized by Concordia

Next month, Concordia will present honorary doctorates to five individuals who have made their mark in the fields of the performing arts, philanthropy, business and community engagement.

The honorands join more than 1,840 students from Concordia’s four Faculties and the School of Graduate Studies who will be receiving their diplomas this fall. 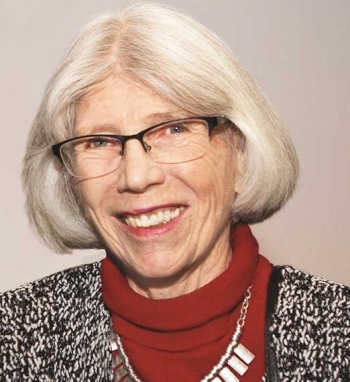 For her service to the community

Miriam Roland spent 32 years in the US, where she studied international relations and psychology, before returning to her native Montreal and subsequently setting up a private psychotherapy practice.

In her first week back in 1978, she registered for classes at Concordia, and has been deeply involved with the university ever since. As a member of the Board of Governors from 1992 to 2004 she sat on the Executive, Advancement, Communications and Real Estate Planning Committees, helping guide the university through a period of great expansion.

As per her family’s ethos to give generously, Roland has established a number of community-oriented projects at Concordia over the years. These include a lecture series, bursaries in the Community Economic Development program, and endowments to fund special projects and students’ emergency needs.

She was the driving force behind making a course in business ethics mandatory for all John Molson School of Business graduate students. In 2018, she established a perpetual fund for graduate students in all four Concordia faculties.

Beyond Concordia, Roland has been an active board or committee member at the Graduate Theological Union in Berkeley, Batshaw Youth and Family Centres, the Jewish Community Foundation of Montreal, the Wilstein Institute of Social Policy in Boston, the Taube Center for Jewish Studies at Stanford University, Ben Gurion University, Portage, and Centraide of Greater Montreal.

Miriam Roland will address the Faculty of Arts and Science on Monday, November 19 at 10 a.m. 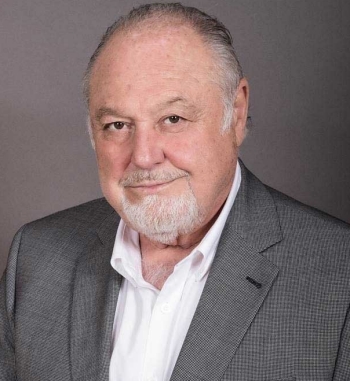 For his entrepreneurial spirit

Luigi Liberatore has dedicated his professional life to developing small and midsize businesses in Canada as both a real estate developer and venture capital investor.

He took over his father’s construction business, Foschi & Liberatore, while in his early 20s. The company specializes in steel building frames, prefabricated concrete, aluminum curtain wall, metal finishing and revolving doors. His entrepreneurial spirit has helped his business and others succeed. Through Elmag Investments Inc. he has helped dozens of new companies expand.

A leader in the business community, Liberatore has served as chairman of the Montreal Board of Trade, guiding its merger with the Chamber of Commerce of Metropolitan Montreal.

He is also a prolific philanthropist known for his passion for developing healthy, well-educated citizens and communities. Personally, and through his Luigi Liberatore Foundation, he has been a key fundraiser and volunteer for the Italian-Canadian community and the Quebec community at large.

He has supported local and national health organizations such as the Red Cross and the Maisonneuve-Rosemont Hospital, the CHUM, the CUSM, the Montreal Heart Institute and the Montreal Neurological Institute. Higher-education beneficiaries of his generosity include Concordia University, McGill University, Université de Montréal and HEC.

Recipients of his cultural support include the National Gallery of Canada, the Montreal Museum of Fine Arts, the McCord Museum and the Montreal Symphony Orchestra. In recent years he has been honoured by the Canadian Italian Business & Professional Association, the Italian Chamber of Commerce, the Montreal Board of Trade, the CHUM, the CUSM and other organizations for his contributions to the community. 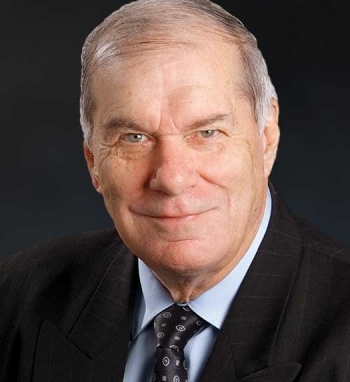 For his executive leadership

Tanguay has been generous with his time and experience to public, private, and not-for-profit organizations. His has served on the boards of directors of more than 30 companies, in the fields of wireline, wireless and satellite telecommunications, cable television, food processing, healthcare, information technology, retail and wholesale distribution, and airport management.

His extensive volunteer experience includes serving as Organizing Committee President of Les Jeux du Québec, Chairman of the Chamber of Commerce and Industry of Quebec, and Chairman of the Montreal Heart Institute Foundation. He has also been involved extensively as a volunteer and fundraising leader at his alma mater, JMSB.

For his service, he was awarded the Montreal Heart Institute Foundation’s Medal of Honour (2014), Concordia’s JMSB Award of Distinction (1998), and Man of the Year from the Chartered Administrators Order of Quebec (1994).

Luigi Liberatore and Louis A. Tanguay will address the John Molson School of Business on Monday, November 19 at 3 p.m. 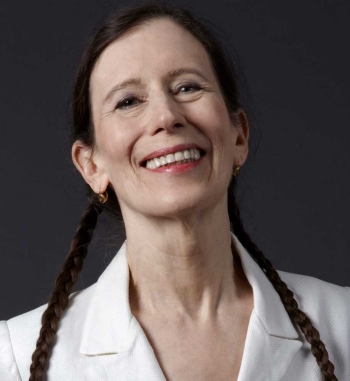 For her contributions to the arts

Meredith Monk is a composer, singer, director, choreographer, filmmaker, and creator of new opera, music-theatre works, films and installations. Considered one of the most unique and influential artists of our time, she is a pioneer of what is now called “extended vocal technique” and “interdisciplinary performance.”

Celebrated internationally, her work has been presented at major venues throughout the world. Recently Monk received two of the highest honours bestowed to a living artist in the United States — the 2017 Dorothy and Lillian Gish Prize and a 2015 National Medal of Arts from President Barack Obama.

In 1968, Monk founded The House, a company dedicated to an interdisciplinary approach to performance. In 1978 she formed Meredith Monk & Vocal Ensemble to expand her innovative exploration of the voice as a multifaceted instrument. In addition to her numerous vocal pieces, music-theatre works and operas, Monk has created vital new repertoire for orchestra, chamber ensembles, and solo instruments. Most of her work can be heard on the ECM New Series label.

More recently Monk was named one of National Public Radio’s 50 Great Voices, Carnegie Hall’s 2014-15 Debs Composer’s Chair, an Officer of the Order of Arts and Letters by the Republic of France, and Musical America‘s 2012 Composer of the Year. Monk’s newest music-theatre piece, Cellular Songs, premiered in March 2018 at the Brooklyn Academy of Music, and continues to tour internationally. 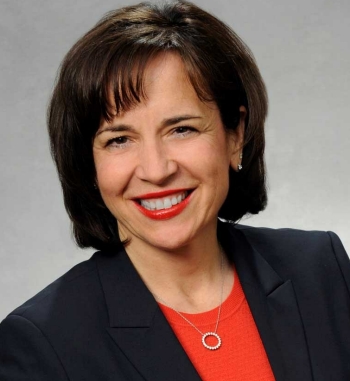 For her innovation in business

Nathalie Pilon is a leader whose vision brings people and technology together to create jobs and innovate in Canada for Canada. She brings that vision to life in her role as President of ABB Canada, where she draws upon her passions for people, technology and sustainability to motivate the organization to fulfill its goal as a driver of Canada’s energy and industrial revolutions.

Her more than 20 years’ experience in manufacturing and distributing equipment in the energy sector includes serving as Senior Manager, Professional Practice for KPMG LLP, and Vice-President, then President of Thomas & Betts Canada.

A recognized thought leader in her field, Pilon was named one of Canada’s Top 100 Most Powerful Women by the Women’s Executive Network and has received the Leadership Award from the Association of Women in Finance. She is a member of the Business Council of Canada and is a board member of Electro-Federation Canada, the CSA Group and the Montreal Port Authority.

Pilon holds a Bachelor’s degree in Business Administration from HEC, is a member of the Québec Order of Chartered Professional Accountants (CPA) and, in 2011, received her certification from the Institute of Corporate Directors.

Meredith Monk and Nathalie Pilon will address the Faculty of Fine Arts and the Gina Cody School of Engineering and Computer Science at a joint ceremony on Monday, November 19 at 7:30 p.m.