The Lost Stories Project has launched a series of web-based films documenting the creation of four powerful public art pieces. Each one highlights a largely neglected chapter in Canada’s history.

Available on the project’s website in both French and English, the films correspond to works of public art produced in different locations across Canada. They tell stories about the past that touch upon timely themes such as racial prejudice, Indigenous issues and public health.

Ronald Rudin, history professor in Concordia’s Faculty of Arts and Science, and director of the project, produced the films.

“The crucial starting point was selecting filmmakers who had a direct connection with our stories and who would be able to work with our artists who were creating pieces of public art to tell those stories,” he says.

“They did an amazing job, managing to both tell our stories and show the artists' process.” 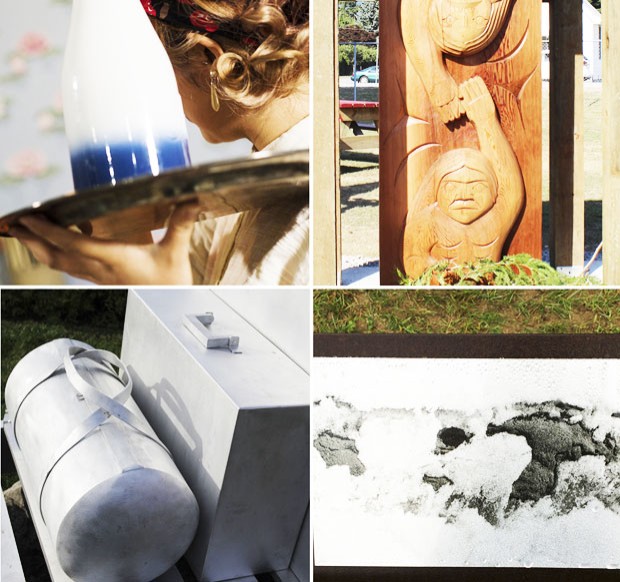 Complementary educational materials such as lesson plans and historical documents are also available on the website, under a new section called Teaching Lost Stories.

“Teachers and students are encouraged to consider why some stories from the Canadian past have been commemorated through historical markers such as monuments, while others have been ignored,” Rudin says.

The launch of the films and educational materials marks the end of the Canada 150 phase of The Lost Stories Project. In 2016, Rudin was awarded one of only 35 grants from the federal government for national initiatives marking Canada’s sesquicentennial anniversary.

“It's always satisfying when you come to the end of a project and all of the various goals have been achieved,” he says. “I am interested in seeing how this educational material is used, because simply publishing new content is not an end in itself.”

Check out the film series and teaching materials on the newly revamped Lost Stories website.