Several Concordia students were awarded for research excellence during the annual PERFORM Conference on May 17. 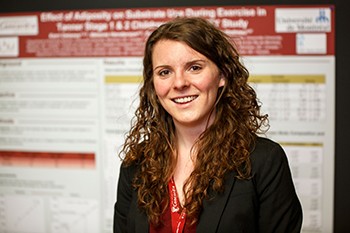 Kerri Delaney, a master’s student in the Department of Exercise Science, was awarded $5,000 as the recipient of the Ed Whitlock PERFORM Graduate Student Scholarship Award for her work examining the links between diabetes and obesity at the cellular level.

The Ed Whitlock award is given to a graduate student at Concordia whose research is related to improving the quality of life of seniors through physical activity. 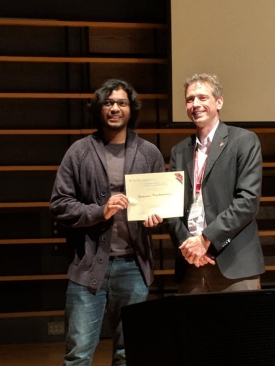 Kesaan Kandasamy, an undergraduate in the Department of Psychology, won the $2,000 Ali Ahmed Shams Award for his research examining the influence of aging on cognitive inhibition – or the mind's ability to tune out stimuli that are irrelevant to an individual’s current task at hand.

Created to lift the financial burden on a student studying in the health sciences at Concordia, this award comes courtesy of Ali Ahmed Shams, a 10-year-old boy who, after touring PERFORM, decided to make a donation to Concordia in honour of the education that his father received at the university.

Other award recipients were six students who won $500 apiece for their outstanding poster presentations, thanks to sponsors Patricia Dudar, CMDO and SGS Fitness. Congratulations to: 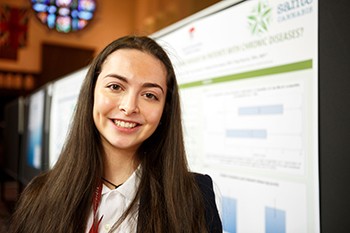 For the first time ever, the poster presentations featured the work of a high school student. MariaLuisa Vigano of Montreal’s Lower Canada College, displayed the results of her work studying pre-existing health statistics on the use of medical marijuana to improve appetite and weight gain in patients with chronic diseases.

Vigano, who is working towards completing the international baccalaureate program, says that she’s always been interested in alternative medicine and that her father, a palliative care doctor at the McGill University Health Centre, encouraged her to apply to present her work at the conference.