‘There was never any question about my donating to Concordia’ 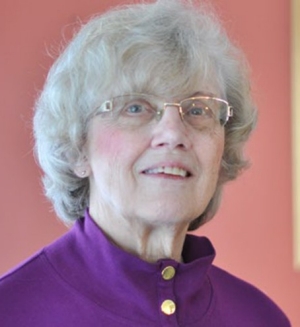 “Without Concordia, I would not have been able to achieve what I did — or become what I am today.

When I was a teenager, my father sold his button-making factory in Holland and our family emigrated to Canada in 1958. After finishing high school, I had to find a job immediately to contribute to the family finances. I certainly never expected to go to university — nobody in our family ever had.

I was always interested in studying languages. By chance, in 1963, I ended up taking Spanish and then other courses at Sir George Williams University [one of Concordia’s founding institutions]. At the time, no other university offered evening courses, my only opportunity to take courses for credit toward a degree.

After graduating with my BA in 1968, I got married, had children, and took my MA at McGill — all the while teaching Spanish part-time at Sir George.

Once the children left home, I finally took a PhD at Université de Montréal, which led to a tenure-track position at Concordia in the early ‘90s. I moved through several administrative positions, including chair of what is now the Department of Classics, Modern Languages and Linguistics, and retired at the end of 2015, after more than 50 years at Concordia.

My life has been incredibly enriched by my studies and teaching, made possible by my beginning at Sir George Williams. There was never any question about my donating to Concordia University. It was important to recognize my own debt — and the best way of doing that was to help other students take courses, finish their degrees, and discover their world!”