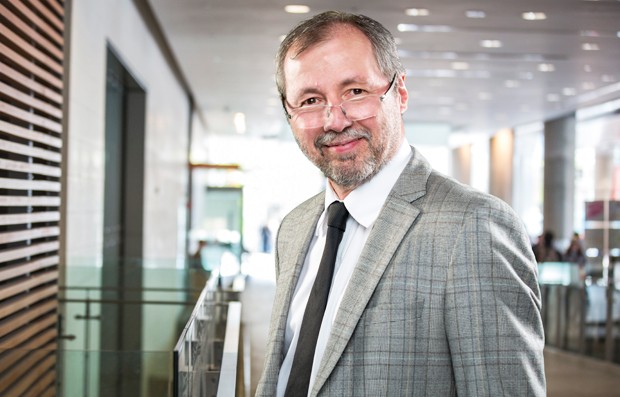 Concordia announced today that its dean of the Faculty of Arts and Science, André Roy, will become the first president of the new Université de l’Ontario français, set to open in downtown Toronto in autumn 2021.

Professor Roy will take up his new position on August 1, 2020, after completing his Concordia mandate later this spring. Pascale Sicotte, a highly regarded and experienced researcher, educator and administrator, will take over as the new dean of the Faculty of Arts and Science on August 1.

“I want to thank André Roy for leading our Faculty of Arts and Science for the past six years,” said Anne Whitelaw, interim provost and vice-president, academic. “He has been instrumental in enhancing its reach and has furthered the faculty’s relationships with francophone institutions around the globe. He also helped shepherd into existence Concordia’s groundbreaking Institute for Investigative Journalism.”

“It has been a real honour and privilege to lead the Faculty of Arts and Science at one of Canada’s largest and most innovative universities,” said Roy. “My time at urban, engaged, multicultural Concordia, where more than 30 per cent of students are francophone, has prepared me well to lead this new institution, whose values are aligned closely with Concordia’s.”

An award-winning teacher and leading scientist, Roy joined Concordia as dean of the Faculty of Arts and Science in 2014 for a five-year mandate, which was extended for one year.

From 2011 to 2014 Roy served as dean of the University of Waterloo’s Faculty of Environment. Prior to that, starting in 1982, he was a professor at Université de Montréal, where he served as chair of the Department of Geography, associate dean of research in the university’s Faculty of Arts and Science, and held a Tier 1 Canada Research Chair in fluvial dynamics.