War and peace — and our planet

On April 19, the Loyola College for Diversity and Sustainability co-hosts a panel event in advance of Earth Day
|
By Elisabeth Faure 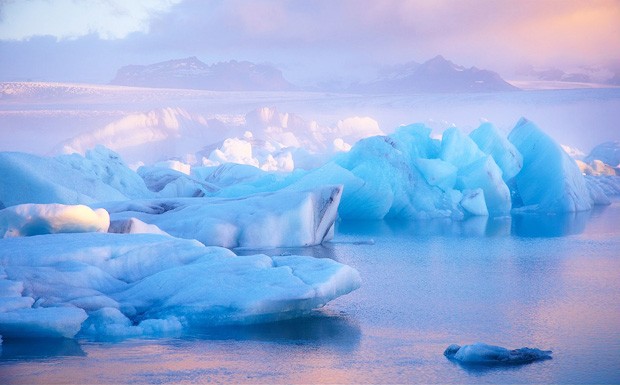 How is war related to climate change?

On April 19, Concordia’s Loyola College for Diversity and Sustainability is teaming up with the Dawson Peace Centre to host Environment, Conflict and Peace: The Conceptual Triangle, to address that question, among others.

“We are going to be looking at how these three major themes are interrelated,” says Adan Suazo, administrative research coordinator of the college, who is organizing the event with interim principal Peter Stoett.

“The college is very pleased to be holding this event in partnership with our good friends at the Dawson Peace Centre,” says Stoett, who will sit on the event’s first panel, The Role of Climate Change in the Emergence of Local, National and Global Peace and Conflict.

“The fact that we are having these discussions in advance of Earth Day, on April 22, makes this event all the more timely,” Stoett says. “And the fact the college is a place for interdisciplinary study makes us uniquely placed to address these topics from a variety of angles.”

The event, taking place from 9 a.m. to noon in Room H-767 of the Henry F. Hall Building, will feature two panels, with experts from both institutions.

“I will discuss my work with youth and local communities to become politically and socially invested in action on climate change through grassroots organizing,” says Anna-Liisa Aunio, a PhD researcher from Dawson, who became involved in the event via her work on a new initiative linking Dawson’s Peace Centre, the Dawson First Peoples Initiative and a rooftop gardening project she created. Aunio and Stoett will participate in the same panel.

Aunio argues climate change is one of the biggest challenges we face now, and in the future. “As the world also becomes more urban in the next century, understanding and developing solutions that move cities toward sustainability is key to success in both combating climate change and building a better, more sustainable world,” she says.

Suazo says working with Dawson has been a fantastic experience, and predicts experts from both institutions will have plenty to discuss.

“The ways in which environmental issues are linked to conflict and conflict resolution, both locally and globally, are often overlooked,” he says. “As a conflict analyst, I think this is a triangular concept that absolutely needs to be explored.”

The panel will serve as a preview for a larger global conference, Avoiding Catastrophe: Linking Armed Conflict, Harm to Ecosystems and Public Health, which the college is co-organizing with the Loyola Sustainability Research Centre from May 4 to 6.

Partners include Doctors Without Borders, Future Earth and the United Nations Secretariat of the Convention on Biological Diversity.

“It’s a very exciting time at the college, with local and international events happening over the next few weeks,” Suazo says.

“I think our audiences at both events will come away with a lot to think about, and hopefully the discussions we are starting now may influence the decisions policy-makers will take in the future.”

Aunio hopes the panel on April 19 will have an impact at the community level, as well.

“I hope the audience will take away an enthusiasm and passion that there is both ability and capacity to do something now at the local level to address climate change,” she says. “Doing so is necessary to build both the political will and the innovative solutions we need in the years to come.”

Learn more about both events on the Loyola College for Diversity and Sustainability website.