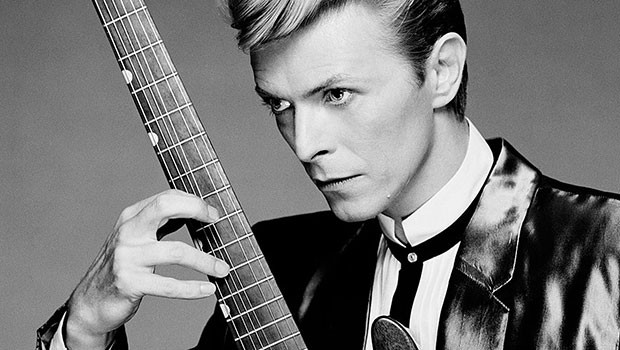 “He was one of those guys, like Bob Dylan, who absolutely refuses to be what you think he should be,” says ethnomusicologist Craig Morrison, a part-time professor in Concordia's Department of Music.

“He went his own way, and we all loved him for it.”

Morrison is speaking about David Bowie, of course: the musical legend who passed away this weekend after a battle with cancer. He was 69.

Morrison teaches a course at Concordia on the history of British pop music. While most other artists merit a single song on the course’s listening list, Bowie has four: “Space Oddity,” “Changes,” “Ziggy Stardust” and “Fame,” a hit co-written with John Lennon.

“Bowie went through so many phases, and almost all proved to be influential — and commercially successful,” says Morrison, who wrote an entry about him in American Popular Music: Rock and Roll (published by Facts on File, 2005).

“The man was extraordinarily creative; charismatic but also enigmatic and unpredictable. The fans who loved him often loved only one phase of his music. The same thing is sometimes true of people who follow Neil Young. Some people only like Young's grungy stuff and some people only like his folky stuff.”

One of the British pop star’s many talents was his skill as a media manipulator. He understood that all publicity is good publicity.

“He often fabricated stories for the press,” Morrison says.

“Bowie intentionally blurred the lines between his character and himself. It was something he did constantly.”

Morrison notes that Bowie was also one of the early pioneers of gender-bending stage performance, as well as a widely influential fashion trendsetter. After a 42-year career, he only stopped touring regularly in 2004, after it was discovered that he required emergency heart surgery.

“It feels as bold and weird as anything in Bowie’s back catalogue, sure to delight some and infuriate others,” wrote music critic Neil McCormick, who gave the jazz-influenced album five stars in his review for The Daily Telegraph.

And the entire, uncategorizable oeuvre? As Morrison explained in his Rock and Roll biography of this “complex, singular character”: “David Bowie's artistic curiosity enriched the culture of the late 20th century.”

Attend the 19th Annual Roots of Rock and Roll Concert: Blueberry Hill — Music From New Orleans and Louisiana, featuring Craig Morrison & The Momentz and many special guests. It starts at 8 p.m. on February 12 and February 13 at the Oscar Peterson Concert Hall on Concordia’s Loyola Campus (7141 Sherbrooke W.).