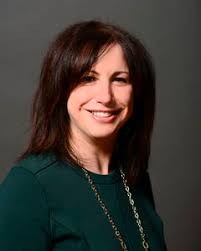 The Centre for the Study of Politics and Immigration (CSPI) in collaboration with the Department of Political Science, present:

Refugee Policies and Discourses: Canada, the US and Australia Compared

This talk addresses the question of whether policy (and policy-makers) contributes to the humanization or dehumanization of refugees by assessing policy developments and discourses between 2015-2020 in Canada, the United States and Australia. Findings suggest here has been a trend towards dehumanization--seen in criminalizing and punishing refugees and asylum seekers through policies relating to preventing entry, as well as supporting detention and deportation. Nonetheless, elected officials have a strong role to play in countering dehumanizing portrayals of refugees. The distinct role Justin Trudeau has played in humanizing refugees, both in Canada as well as in relation to the international community, is highlighted as providing an alternative discourse, albeit one that is not free of contradictions.

Yasmeen Abu-Laban is Professor of Political Science and Canada Research Chair in the Politics of Citizenship and Human Rights at the University of Alberta. She is also a Fellow at the Canadian Institute for Advanced Research.  Her published research addresses themes relating to: ethnic and gender politics; nationalism, globalization and processes of racialization; immigration policies and politics; surveillance and border control; and multiculturalism and anti-racism. She served as President of the Canadian Political Science Association, and in 2018 became Vice-President of the International Political Science Association.