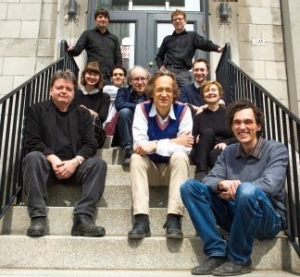 Department faculty and student representatives, 2018-19. Dr. Andrea Falcon is in front and centre.

The Department of Philosophy is pleased to congratulate Dr. Andrea Falcon for his promotion from the rank of Associate Professor to the rank of Professor (often referred to as "Full Professor"). This is the highest of the professorial ranks in our institution. It is a momentous accomplishment that takes many years and much labour and talent to achieve, and confirms Professor Falcon's contributions to the department, students, university, and philosophy have been enormous.