Georgios Vatistas and his research team observe clusters moving in synchrony with each other
|
By S. Ross

A certain phenomenon has confounded scientists for almost two centuries: lone waves, strangely tall and fast, moving independently of the ebb and flow around them.

More recently, an urgent reason to understand these waves became clear, when huge versions of them — monster tsunamis — killed more than a quarter of a million people in southern Asia in 2004 and close to 20,000 in Japan in 2011.

Georgios Vatistas, professor of mechanical engineering at Concordia’s Gina Cody School of Engineering and Computer Science, has spent decades trying to decode these solitary waves and predict their movements. His newest findings, published this month in the journal Physical Review E, pushed the field forward by observing how the waves behave when they occur in a series.

Vatistas’s research suggests there’s much to learn from these “clusters” of solitary waves. They organize themselves in intriguing ways, moving in unexpected harmony.

The team in his lab recorded the waves arising spontaneously but simultaneously. They quickly arranged themselves symmetrically, all evenly spaced, travelling at the same speed.

Watching them, an observer would be reminded of a dance, Vatistas says.

“We know how the clusters behave. Now, as engineers, how do we use this to better human life?” 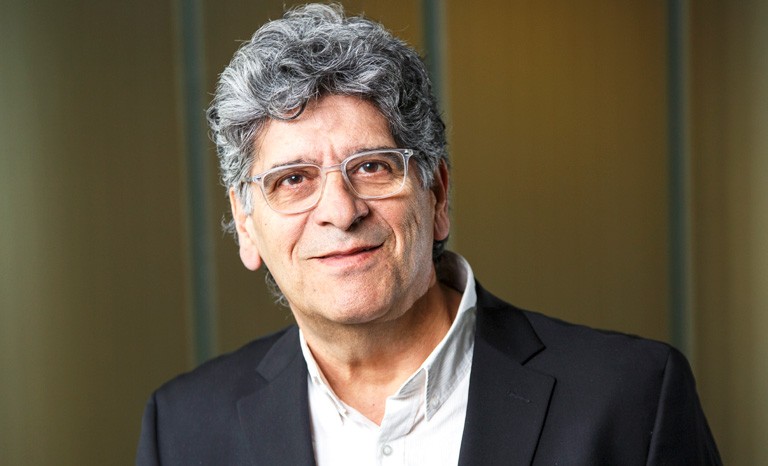 Tsunami-like waves happen far beyond oceans and rivers. The phenomenon appears throughout nature and technology: in electrical circuits, in acoustic waves, in the atmosphere around the North and South Poles, in plasma fluids, optical fibres, DNA movement, even in quantum theory.

The more Vatistas has learned about their unique movements, the more fascinating he finds them.

“If you have two solitary waves, for example, travelling toward each other, they can pass through each other practically unaffected,” Vatistas explains. Simulations have shown that waves will collide and then continue on their way.

When the waves are created in a lab, even more curious patterns appear.

Vatistas uses a cylindrical tank made out of Plexiglas with an outlet at one end stopped with a cork. The tank can be filled with water and then steered, with the water’s movement captured on camera.

In the past, Vatistas showed that the waves form shapes in the empty space at their core created by centrifugal force. Surrounded by walls of water, a triangle will appear, then a square, a pentagon and a hexagon.

Vatistas first created a rotating solitary wave in 1990 — a wave is easier to study when it circles or rotates instead of travelling in a linear direction, eliminating the need to chase its progress.

Vatistas’s research team consists of Hamid Ait Abderrahmane of Khalifa University in Abu Dhabi, Concordia engineering professor Hoi Dick Ng and graduate student Pooya Soltanian Sedeh. For this study, they created a cluster or series of the waves. Their record is 13 in the same orbit.

After their surprisingly coordinated “dance,” the team watched as all the waves collected themselves at the same location and then died out simultaneously, a moment they are currently trying to quantify more precisely.

Aside from trying to predict tsunamis more accurately — a field that has grown in recent years, particularly in Japan after 2011 — Vatistas has also seen how researchers in other fields have translated and added to his findings.

The new paper will likely be especially interesting to mathematicians, he says. The waves’ pace wasn’t anticipated, suggesting that they can’t be fully modelled by the existing formula for predicting their movements, called the Korteweg–de Vries model. New math must be discovered to account for them.

“You have to understand it, and then you harness it,” he says.