A conference that asks the truly big questions

More than 3,000 scholars will discuss the future of politics at the World Congress of Political Science
|
By Lucas Wisenthal 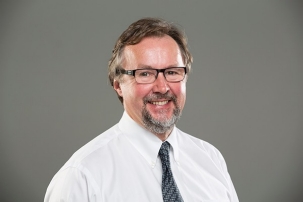 Later this month, the World Congress of Political Science will arrive in Montreal for the second time — the first since 1973 — and Concordia is playing a leading role for the event.

From July 19 to 24, some 3,000 political scientists and scholars, all of them members of the International Political Science Association (IPSA), will take part in a series of panels centred around the theme Challenges of Contemporary Governance. The discussions will include keynote addresses by former American presidential candidate Michael Dukakis and first minister of Wales Carwyn Jones. (The event is open to the public, but those who want to attend must register.)

This will mark the 23rd congress, which is organized by IPSA every two years (until the 2012 congress, it was every three years). As Guy Lachapelle, a professor in the Department of Political Science and IPSA’s secretary general, explains, there is no time like the present to discuss the changing face of international governance.

With the World Congress of Political Science approaching, we spoke to Lachapelle about what to expect.

What is the goal of the World Congress of Political Science?

Guy Lachapelle: We will be welcoming members of 52 national and regional political science associations, who will form over 50 research committees. We have a research committee on women and politics, the role of the army, environmental issues, science and technology, health policy, regional-local relationships, globalization and more. So all of these committees, which are made up of international scholars, meet at the time of the congress or between congresses. During the congress, they organize their own panels and sessions, so they discuss their own research interests.

The goal, really, is to reflect on these issues and, at the same time, for our international scholars to gather and discuss their main problems and concerns and how, as an association, we can help them. At our congresses, we also consider the changes in our discipline — for instance, the push online to an open-access document system.

In some countries, there’s always the question of ethics about how we do research. And in some countries, people have difficulties just being a professor of political science. We have to monitor the discourse on democracy in these countries; one of IPSA’s roles is to push for freedom of speech and political beliefs in these areas.

What do you think will be the primary subjects of conversation at this year’s event?

GL: The ambition of this international political science congress, to be held in Montreal, is to reflect upon contemporary evolutions in governance in the face of numerous challenges:

Faced with these challenges, the multi-faceted phenomenon of governance requires a global, comprehensive and multi-tiered approach: from the local association or political party up to the international community, via regional integration or the national regulation of an economic sector. Adopting an approach to political science which is resolutely open to the opportunities offered by interdisciplinary collaborations, we must also support the circulation of theoretical frameworks and empirical approaches which are applicable in the northern and southern hemispheres, to the most developed nations and the panoply of emerging and developing countries.

The main focus of this congress will be to generate the greatest possible number of concrete, innovative answers to the questions of citizens, their political, associative and socio-economic representatives and the policy makers who are working constantly to improve the quality of governance.

How does Concordia stand to benefit from the conference?

GL: Concordia is known as having the largest program in public policy and administration in Canada. We also have the largest department of political science in Quebec. The congress will mean great visibility for our department.

For my research, I’m interested more in governance and public policy, so we will have a discussion about whether this is a useful concept. Is it still a valid concept to be used, and what do we mean when we use the word “governance”? The bottom line will be exploring whether we can have better governments that will create better policies.

How can we improve the quality of our governments? People are cynical about their effectiveness. In this period of history, people talk about cuts in funding for programs and other initiatives. So what is the role of government? This is a fundamental question that will be raised.

About the International Political Science Association:

The International Political Science Association was founded in Paris in 1949. Today it groups together 52 national and regional political science associations, making it the world’s largest network of political scientists. It has held congresses in Quebec City (2000), in Durban, South Africa (2003), Fukuoka, Japan (2006), Santiago, Chile (2009), and Madrid (2012). As of 2014, the IPSA will begin holding its world congresses every two years. After Montreal in 2014, Istanbul, Turkey will host the 2016 congress and Brisbane its 2018 World Congress. To learn more, visit the IPSA’s website at ipsa.org.

Special sessions and activities: A number of special sessions and activities are on the congress schedule, notably the opening ceremony, which will include a performance by Cirque du Soleil, as well as a screening of the documentary Blueberry Soup by Eileen Jerrett and a panel on political humour. For the full schedule, visit ipsa.org/events/congress/montreal2014/schedule-overview.