Meet the king of the TV reboot

How alum Peter Lenkov reached the top of the Hollywood heap — and now pays it forward
|
By Richard Burnett
Source: Advancement and Alumni Relations

The Wikipedia entry for Peter Lenkov, attendee 86, says, “Peter M. Lenkov is a Bulgarian TV and film writer.” Yet Lenkov, executive producer of the hit CBS TV series Hawaii Five-0 and MacGyver, says, “I don’t know where they got that Bulgaria stuff — I’m born and raised in Chomedey!” 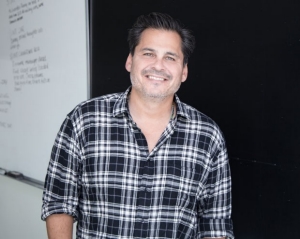 He’s come a long way since his days growing up in the Laval, Que., neighbourhood. In 1987, after studying in Concordia’s Department of Communication Studies, Lenkov decided to fly to Hollywood, where he knocked on plenty of doors. The effort paid off. Almost 30 years later, in 2016, he was dubbed by Indiewire “TV’s King of the Remake.”

The veteran TV writer and Emmy-nominated producer — for Outstanding Drama Series for the FOX TV series 24 in 2005 — recently donated $50,000 to establish the Peter Lenkov Award for Script Writing in Film Production at Concordia. In August he taught a week-long Master Scriptwriting Class for the university’s Department of Communication Studies.

Lenkov sat down after one of his masterclasses for a candid Q&A.

You are executive producer of Hawaii Five-0 and MacGyver. What does that mean?

Peter Lenkov: “It’s like being a CEO of a company. You are responsible for the end product.”

MacGyver is in season two and Hawaii Five-O in season eight. Both were also hits in their previous incarnations. How do you reinvent the wheel?

PL: “I looked for things that added value to the franchise, especially Five-O, trying to flesh out the characters. I don’t think you really knew who those characters were in the original series.

Same thing for MacGyver. I added people in his life so that you got to know him. The characters interact with him, therefore the audience gets to see him through the eyes of the people closest to him. In its day, the plots were always very solid, but I don’t think you knew enough about the characters, so that is what we have developed in the reboots.” 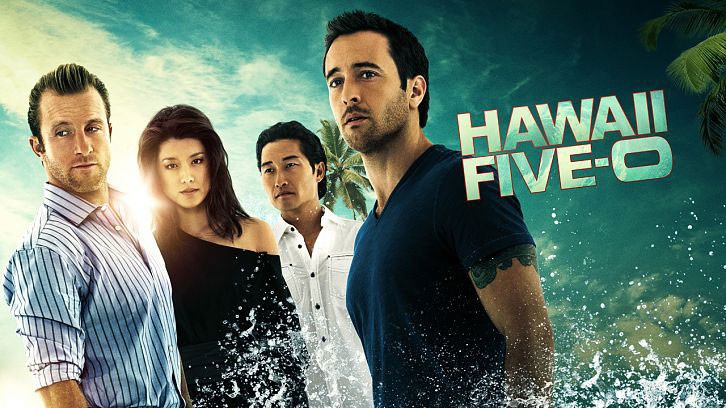 Peter Lenkov is executive producer of both MacGyver and Hawaii Five-O remakes.

As CEO of both MacGyver and Hawaii Five-O, how do you juggle your schedule?

PL: “I’ve learned to delegate, which I’ve never done before. Garry Marshall was one of the kings of television and he had multiple series [including Happy Days and Laverne and Shirley]. I had lunch with him once and asked him, ‘How do you do more than one show at a time?’ He said, ‘Delegate or die.’ So I learned how to delegate, which wasn’t a skill set that I had before MacGyver came along. But I learned.

I only got to befriend Garry in the last year of his life. Had I known someone like him earlier on, I might have made fewer mistakes along the road.”

Is this the effect you hope your masterclass has on students?

PL: “Yes. When I was a student, I knew nothing about the business. I’m thrilled to be here because I didn’t have that kind of mentor, someone from the real world who came in to give me a tutorial. It feels good to have an impact on students, to open their eyes about how the business works and what they can ultimately do.”

What’s your reaction to being named by Indiewire as “TV’s King of the Remake”?

PL: “I don’t know, do two remakes make you King of the Remakes? Yeah, I’ve heard that before: king of the reboots. But eight seasons of Five-O is pretty good — for a reboot, nobody has ever done that. We’re pretty lucky.” 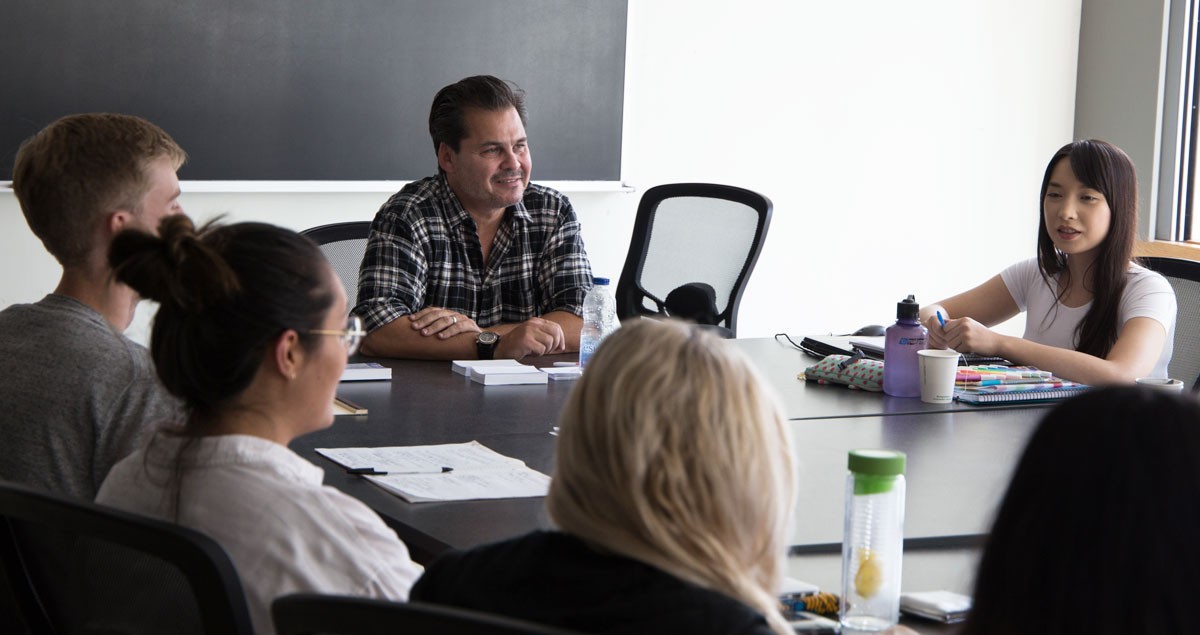 You co-wrote the 1993 film Demolition Man, starring Sylvester Stallone and Wesley Snipes. How is TV different from film?

PL: “I was telling the students today, the difference is that in TV the writer is the boss. If you want to have more control over what the product ultimately is, then you become a TV writer. In film you are less in control of the end product. The director is more of the boss in film.”

Do you foresee going back into feature films?

PL: “I was involved in the 2013 film R.I.P.D. [with Jeff Bridges and Ryan Reynolds] and it was a massively expensive movie that tanked. Now I think I’m only going to do things that I feel have a shot at being a grand slam.

If I do 60 hours of TV a year, that’s like 30 mini-movies, and you really get to stretch yourself doing episodes that aren’t on-pattern, and I like that. I’m very satisfied with that.”

Is show business a nice business?

PL: “In 1987 I literally bought a one-way ticket from Montreal to Los Angeles. When I arrived I didn’t know anybody and started peddling the stuff that I was writing. The first thing I made was [TV movie] Parker Kane a year later. I was very young, went out and hustled, and found work fairly quickly. So, yes, the business has been nice to me.” 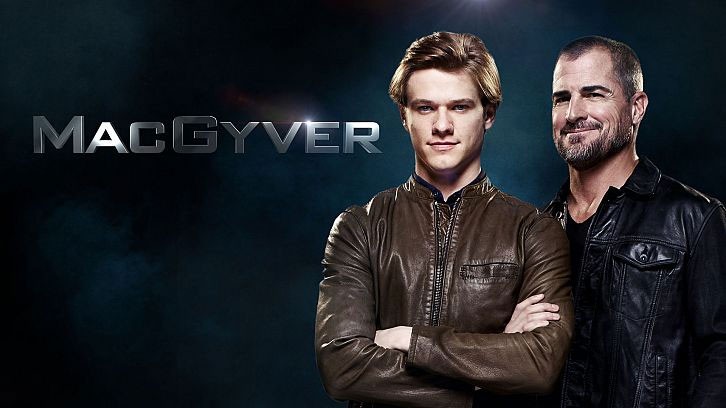 "I added people in MacGyver's life so that you got to know him. The characters interact with him, therefore the audience gets to see him through the eyes of the people closest to him," explains Lenkov on what's different in the new MacGyver series.

Did you pull any stunts to get your foot in the door?

PL: “When I first moved to Los Angeles I used to sneak onto the Paramount Studios lot. It was an easy lot to get onto — I used to pretend I was making a script delivery. They were doing a show called The Colbys and I knocked on Charlton Heston’s dressing room trailer. He thought I was an AD [assistant director] and told me to come in. I told him I really wanted to meet the person who spoke to God and we sat down and started chatting. He was a nice guy to me.

I also used to leave notes on Henry Winkler’s car! He had a company called Fair Dinkum at the time — producing [the original] MacGyver of all things — and he never answered a note. But now the Fonz and I are the closest of friends because we’re partners on the new MacGyver.

The craziest thing I ever did was call Steven Spielberg’s office and pretend I was Chris Columbus, a writer who was working for him. Steven’s assistant knew I wasn’t Chris Columbus because she knew his voice over the phone. Years later when I got called there to maybe do a project, I told her that story and she said, ‘Wait a minute!’ and then found my name on an old security list. They thought I might have been a security threat!

These are the kinds of stories I look back on today and say, if I hadn’t been bold, I may not have gotten anywhere. I think I was fearless. I’m not like that today.”

Do you still get star struck?

PL: “No. I did at the beginning, though. Years ago I met Bill Clinton at the White House and I was star struck for sure. But after a while you realize people are people.”

You also wrote comic books. Did that help you as a scriptwriter?

PL: “Yes, because of the visual aspect. It’s not a book, it’s pictures and words at the same time. And that’s what I still do every day: I try to figure out what are the best pictures to put with the best words.”

PL: “It made me realize that I didn’t want to be an ‘artist’ — I wanted to be an entertainer. I thought Raiders of the Lost Ark was high art. Today I can’t imagine doing anything else. I’m still having fun.”