‘Be your best self. What you bring can shape the world.’

Meet 2017 Loyola Medal recipient, James Orbinski, who is being honoured by Concordia
|
By Marta Samuel
Source: Advancement and Alumni Relations

Throughout his career as a physician, James Orbinski has sought justice and equality for victims of political, environmental and human rights abuses. As a humanitarian leader in global health, he advocates for the well-being of those whose voices have been silenced by war, genocide and mass starvation.

This fall, Concordia will present its highest non-academic award — the Loyola Medal — to Orbinski. 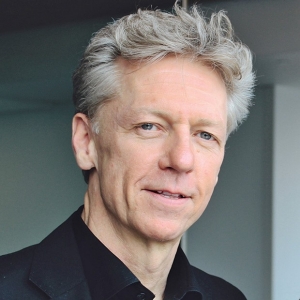 “This is a great expression of the values that Concordia holds front and centre as an institution,” says Orbinski. “It is completely consistent with my own values to be an active, engaged citizen and to participate in shaping our world. I feel deeply honoured to be a recipient.”

“James Orbinski is an exceptional leader and example to our community and to the world,” says Bram Freedman, vice-president of Advancement and External Relations at Concordia. “We take great pride in his accomplishments and his commitment to bettering the lives of those around him.”

An engaged citizen of the world

Born in England and raised in Montreal, Orbinski has seen more than his share of the world and of human suffering. While working with Médecins Sans Frontières (MSF) in the 1990s, Orbinski witnessed mass injustices taking place in countries such as Zaire (now Democratic Republic of the Congo), Rwanda, Afghanistan and Somalia. He was MSF’s head of mission in Kigali during the 1994 Rwanda genocide, as well as in Goma, Zaire, from 1996 to 1997 during the refugee crisis. In honour of his humanitarian leadership during the Rwanda genocide, Orbinski was awarded with the Meritorious Service Cross by the Governor General of Canada.

He has been a relentless champion of global health and of breaking down barriers to access to medical treatment. As the MSF’s international president from 1998 to 2001, Orbinski represented the organization in humanitarian disasters around the world, including in Sudan, Kosovo, Cambodia and India. When the MSF was awarded the Nobel Peace Prize in 1999, Orbinski accepted the honour on the organization’s behalf.

The Loyola Medal was created in 1961 by the Loyola Alumni Association as a tribute to outstanding leadership and achievements by Canadians. Orbinski is the 21st person to receive the award since the first medal was bestowed in 1963 to Georges P. Vanier, BA 1906, who served as Governor General of Canada from 1959 to 1967 and graduated from Loyola College, one of Concordia’s founding institutions.

“Through his pursuit of justice and equality, James Orbinski embodies the very characteristics that enrich our country’s heritage,” says John Limeburner, BComm 68, president of the Loyola Alumni Founding Chapter and chair of the Loyola Medal Selection Committee. “It is an honour to present him with this prestigious award on behalf of Concordia.”

‘Excited about the next few years’

In September, Orbinski will take on the role of inaugural director of the Dahdaleh Institute of Global Health Research at York University in Toronto, where he will focus on global health innovation, governance and ethics in ecological and humanitarian crises.

He continues his global humanitarian work — specifically in Africa — with Dignitas International, an organization launched in 2004 by Orbinski and James Fraser in response to growing global health catastrophes.

The organization’s mission is to make accessible health care a global reality through service and research. It has over 75 major research publications, has started more than 250,000 people on treatment for HIV in Malawi, works with First Nations Health Authorities in Ontario to support community-based diabetes care, and is launching a service and research agenda on the health impacts of climate change.

“We must continue to be committed to equity, to social justice and to bringing the best academic thinking and research to bear on global health challenges,” says Orbinski. As political agendas around the world continue to change, Orbinski admits that big challenges lay ahead — yet he remains optimistic. “I’m very excited about the next few years.”

He is also quick to recognize those who’ve helped him along his path. “I have always worked as a member of incredibly dedicated teams. Nobody can do these things alone,” says Orbinski. “I also express my gratitude to my parents and to Michael Lieberman, who taught at my high school — all important mentors in my life.”

As president of the John XXIII High School student council in Montreal, Orbinski developed a friendship with Lieberman — the council’s advisor — that has lasted throughout his lifetime.

“James has always been a fighter for the rights of people less able to look after themselves,” says Lieberman. “I knew back then that he was an exceptional human being destined for great things.”